Home
Dog News
Which Continent Are Dogs Banned from and Why?
Prev Article Next Article 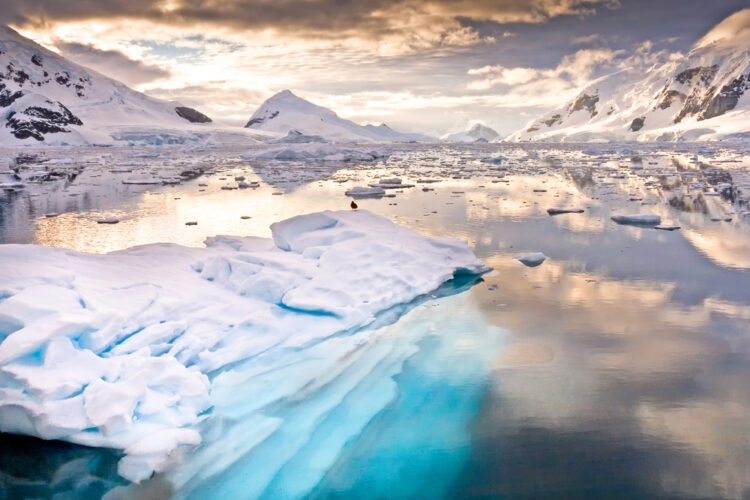 Sled dogs were crucial in the exploration of Antarctica and the arctic. In 1911, they helped transport supplies for a team of Norwegian explorers led by the popular Roald Amundsen, as reported by Ripley’s. Amundsen is known for leading the first expedition ever to reach the South Pole. Thereafter, dogs remained a crucial part of life and research in the North and South Poles until 1993, when they were banned. Have you ever wondered Dogs Are Banned from Which Continent? This ban took effect in Antarctica. Let’s review why.

History of Sled Dogs in Antarctica

Sled dogs are part and parcel of the exploration and history of Antarctica. The first dogs to arrive in Antarctica did so on 17 February 1899. Southern Cross – the ship – landed 75 dogs at Cape Adare in the Ross Sea. After the landing, the area experienced a four-day blizzard that trapped seven men ashore, who survived by using the dogs to keep themselves warm. As mentioned, Roald Amundsen reached the South Pole in 1911 using sled dogs. Ernest Shackleton and Robert Scott attempted the same feat but were less successful than Amundsen. The dogs used in these expeditions were West Greenland Huskies – very large dogs, with males weighing around 120 pounds. Overall, they were a mixture of light tan, white, and black and had a tuft of fur that stood up on their spine. They were built more for strength than speed.

How Were Dogs Used in Antarctica?

Sled dogs quickly became an integral part of life and research in Antarctica. They played a key role in the science and exploration of the continent during the Scientific and Heroic Ages. Usually, the men relied on the dogs as loyal companions and workers, while the dogs relied on their keepers for survival. They were very useful for transportation as they pulled sleds from one place to another at a time when reliable mechanized transportation was still unavailable. The rugged terrain and cold temperatures in Antarctica were the main reasons reliable mechanized transport was late in reaching Antarctica. When it did, the sled dogs that had previously been used for transport in Antarctica were retrained in many bases for recreational purposes. They were also kept ready in case they were required to provide a backup to mechanized transport.

The most notable demonstration of the usefulness of dog teams in Antarctica was the Norwegian Antarctic Expedition led by Roald Amundsen. In 1911, Amundsen and his team of five men became the first to reach the South Pole. A significant chunk of their success can be attributed to the use of sled dogs for transport. Amundsen’s rival, Robert Scott, also led a team of five to the South Pole, although they all died on their way back due to dehydration, hypothermia, starvation, and vitamin deficiency. In contrast, Amundsen and his team made it back in good health and had actually gained weight during the expedition. Before the Norwegian Antarctic Expedition, however, another significant sledding trip was made in Antarctica. The journey was completed between 1091 and 1904 during the Swedish Antarctic Expedition and involved three men: Jose Sobral, Otto Nordenskjold, and Ole Jonassen. This team of three completed a 380-mile round trip from the Eastern tip of the Antarctic Peninsula at Snow Hill in 33 days. Their journey was the first fully-recorded trip by dog sled as well as the longest undertaken for many years. At one point during the expedition, the sled dogs found the bag carrying the men’s food and ate it. This prompted the team to quickly find a better way to store their supplies.

Reduced Role of Dogs in Antarctica

Because of the ever-moving ice and snow, there are no permanent trails or roads in Antarctica. Sled dogs proved to be very useful in this terrain because they were flexible, quick, and able to traverse the rough landscape. However, over time, mechanical transportation permeated life in Antarctica, and faster, more effective snowmobiles slowly replaced dogs. Initially, the operating techniques and technology used in mechanical transportation in Antarctica were wanting. There were many mechanical breakdowns and delays. As these reduced, the sleds pulled by dogs were ultimately outperformed and phased out completely. The population in Antarctica was also quick to notice that the snowmobiles required less maintenance than sled dogs, which had to be fed and cared for year-round. Using sled dog teams also required more experience and training than driving a snowmobile. From the 1960s onwards, fewer and fewer bases in Antarctica kept dogs. Nonetheless, many personnel agreed that sled dogs significantly enhance their experiences during scientific expeditions. The possibility of taking a sledding trip with the sled dogs was a particular highlight for the researchers.

The final nail in the coffin for sled dogs in Antarctica came in 1980. Hundreds of expeditions were carried out on the continent using sled dogs over the years until dogs were banned in Antarctica. In the 1980s, the Environmental Protocol of the Antarctic Treaty, which was established to conserve Antarctic animals and plants, called for the removal of all non-native species from the continent, except humans. The Protocol required that all dogs, which were non-native to the area, be removed from the continent by April 1994. The ban was enforced because of concerns that the sled dogs could transfer diseases like canine distemper to the native seal population. Additionally, the environmentalists were concerned that the dogs could break free from their respective bases and disturb the wildlife.

David Cemmick, a renowned sculptor, unveiled a bronze sculpture of a husky sled dog on 4 July 2009. The dog was the same breed used in Antarctica by the British Antarctic Survey from 1945 to 1993 and was made in honor of the dogs’ contributions to the various missions. Today, the sculpture graces the entrance to BAS headquarters in Cambridge, England.