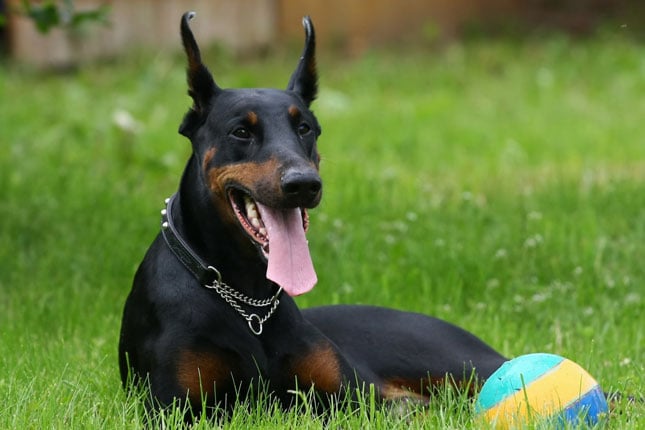 Doberman Pinschers have always been thought of as an intimidating dog, and maybe not quite the cute and furry little dog that some other breeds naturally have. They are a large breed of dog, and yes, they do have the protective, intimidating look to them that is often the reason people purchase one. However, these dogs are also beautiful specimens of the canine breed and are extremely intelligent and easy to train. Dobermans are often used as protection in homes and businesses due to their fierce loyalty and protective nature they have for their owner. have a lot of energy, personality and make great family pets. Something else they make, are cute puppy videos. If you love the Doberman breed, take a look at five of the cutest Doberman Pinscher puppy videos of 2017.

This pup isn’t sure what this is, but it sure is fun to play with. He’s gotten hold of a cup on a bed and has turned it into his own make-shift toy. It’s always so amusing to watch a puppy find the fun in odd things they find. Pets are notorious for getting hold of things that aren’t theirs, and turning them into their own personal fun. This video is just one example of what a puppy can get hold of and find some fun with. Take a look at one of the cutest Doberman puppy videos.

Dobermans are known for their intelligence and ability to train easily. They are often trained for protection dogs and they start early. This 9 week old pup, Evie, is getting lessons early to learn how to attack and protect and it is so cute. You can see the determination she has as she attacks the target her trainer uses and just from watching her skill at only 9 weeks old, you can tell she’s going to be a good guard dog when she gets all grown. Watch the training process of a young Doberman pup in this cute video.

What’s better than one Doberman Pinscher puppy? How about a bunch of Doberman pups? This litter of three week old Doberman Pinscher puppies are learning to play and wrestle with each other and it is so adorable watching them. This video shows two little puppies wrestling around, nipping at each other and learning to interact with each other. At one point, the whole litter ends up in a big “dog pile” and you won’t be able to disagree that it’s one of the cutest Doberman puppy videos.

Dad just wants to see his kids, but mom says no! We all know how protective moms are over their kids, even animals. This Doberman mom is as protective over her pups as any mom would be, but this is the dad and she still won’t let him near her pups. Watch how she hovers over her brood and protects them from Papa Doberman. Maybe she knows something about her mate that we don’t know, but whatever the reason is, she’s not about to let him get near her babies.

This is the cutest Doberman puppy video. We all know how dogs of any age love their treats. Most dogs will drop anything and run for their treat, including bolt upright, right out of a dead sleep. This adorable pup, however, is obviously dead to the world in a deep sleep, probably from some hard playtime, and he’s not waking for anything, not even a cookie. Watch his owner try to wake his pup with the cookie test and see what happens. 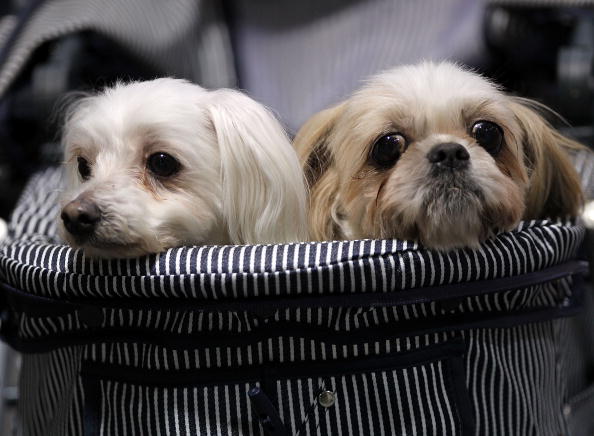 When people utter the word “Pitbull,” it’s almost with hesitation….

Hurricane Katrina changed an entire city, millions of people and…

There is something almost other worldly about the connection between… 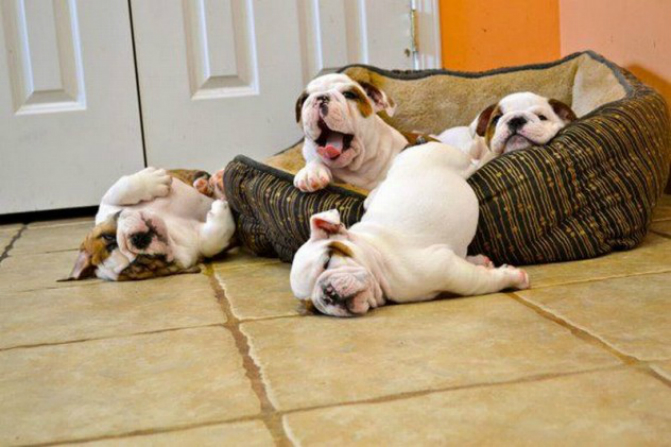 Puppies are cute and adorable little creatures that make you… 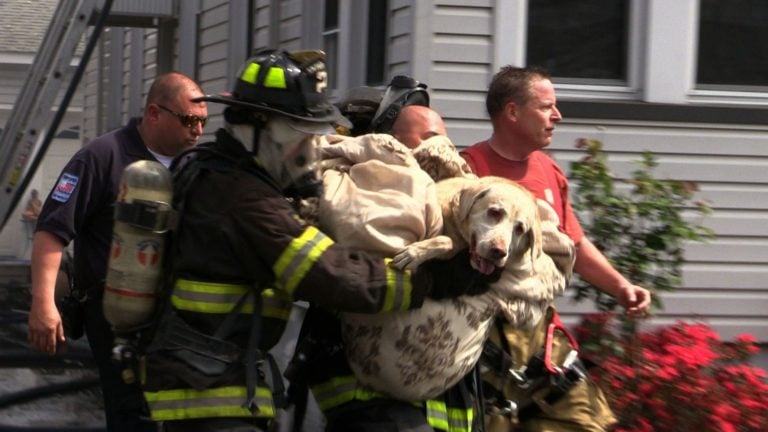 Dalmatians are the dogs that most of us associate with…