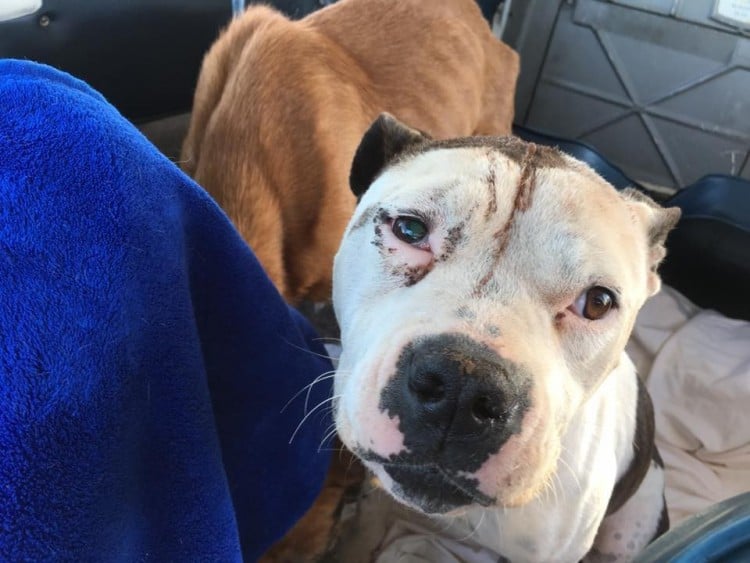 Paul Skeklenski, the founder of Flying Fur Animal Rescue, does amazing things. He saves animals who have been abused in some way and flies them to safety – to new homes or rescue groups in other parts of the country. It’s his job to transport them safe and sound and to make sure they get a step up to their new life in comfort and style. Usually he packs his rented aeroplane quite tight with dogs as he wants to make the most of each journey and rescue as many as possible. However, with one particular journey it was clear that he needed to provide some first class accommodation. This was a particularly moving day.

The dogs in question were Rocky and Kimber. They had suffered some of the worst abuse that is possible to dogs without actually killing them. One of them, Kimber, had a gunshot wound and they had both been generally beaten up and neglected.

Before they got on the airplane it was difficult enough to get them across the tarmac. They hobbled along and looked, quite understandably, very sorry for themselves. Everyone involved knew that this to be a moving experience. They had to stop several times for the dogs to catch their breath and make it towards the plane.

The were are Rocky Mount Airport in North Carolina and this was the first time that these two pooches had met. However, it could have been that they had known each other all of their lives. It definitely seemed that they knew what was going on. They knew that Skeklenski was here to help them and they were there to support each other. They would lean on each other and help each other as they wandered across the airport floor. 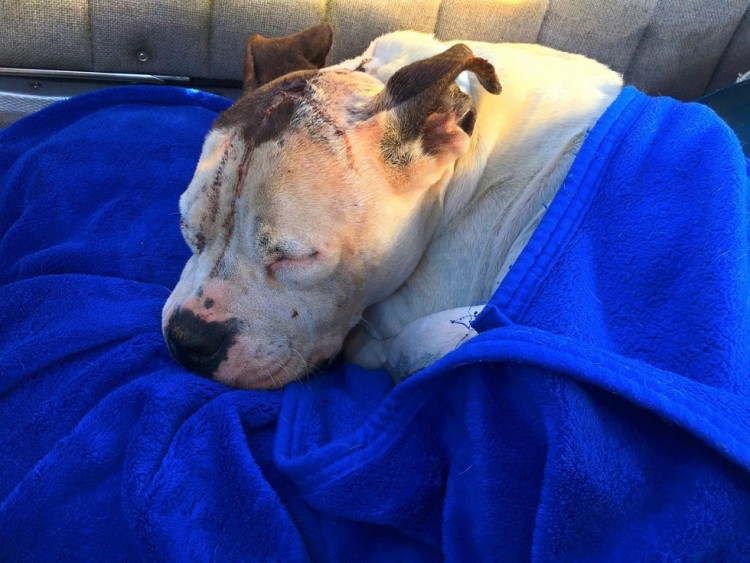 When in the plane the dogs curled up and even rested their heads on Paul’s knee. This made him feel very emotional, although he had a job to do and was concentrating to the full.

Take off is always a bit of a strange experience for Skeklenski’s dogs that he takes with him but he always plays a bit of calm music which keeps them relaxed.

Flying at about 7,500 feet, it was just Skeklenski and the dogs. Kimber came an sat next to him and he put a blanket over her. She wanted to snuggle against him. She soon dozed off, although she would occasionally wake up and look out of the window at the incredible view. She hadn’t clown before so this was an amazing experience. Skeklenski had a new friend for life. It was sad for him that he would have to say goodbye in a few hours but for now at least he could enjoy them.

Rocky was curled up in immense comfort in the bed at the back of the plane.

They knew they were safe. They no longer had any stress and could relax for the first time in years.

Their new home was Morristown in New Jersey. When they arrived, volunteers were on hand to meet them. They were on their way to Rescue Dogs Rock NYC. They will of course not stay together forever but for now, it seems that Kimber and Rocky are firm friends. They had a shared experience with Skeklenski that nobody can take away.

A wonderful story and one that will lead on to better things for these beautiful dogs.