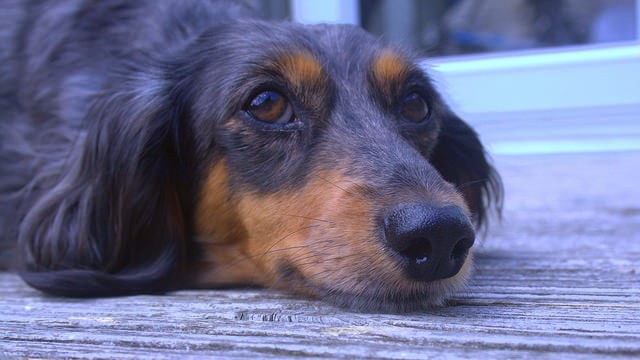 Stomach noises are just part of being a living, breathing creature. Our stomachs make noises, and when they do, we typically know why. We know if we’re hungry, if there is a stomach issue going on, such as an illness, or if we have air or gas build-up. But have you ever just been sitting on the couch with your dog close by, and heard his stomach start to make strange noises or gurgling sounds, and wondered what it is doing? Sometimes the noises are light gurgling sounds, while other times, a dog’s stomach sounds can get quite loud, and can last for what seems like forever. So yes, dogs’ tummies can also make strange noises, and there are reasons why they do. Here are five reasons why your dog’s stomach is making noises.

The breakdown of food happens in the digestive tract. When food is digested, a whole process takes place in order to turn the food into energy, and move what isn’t used, down the intestinal tract to be disposed of through the colon. During the breakdown process, a lot of moving around goes on in there. Gas that is created, moves around. The colon moves around as digestion happens, and even the organs situated around the intestines can move. While all of this is happening, sounds can be produced that sound loud and gurgly. Most times, the sounds you hear during digestion, are due to the gas moving about. But these sounds can get quite loud at times when your dog’s intestines get a sudden burst of overactive activity, like after your dog eats a big meal after having an empty stomach for a period of time.

Air can build up in your dog’s stomach just the same as yours. When you, or your pet ingest a lot of air, the air makes rumbling and gassy sounds. This can happen after a lot of active playtime, running, jumping, playing fetch or going for a long run with you. A lot of barking can cause an ingestion of air, or even gulping down a big bowl of dog food without taking many breaths in between bites, can cause a sudden influx of air that sits in the stomach and causes noises until it is dispelled.

We’ve all been there – you get overly hungry and your stomach starts to rumble to let you know you need to feed it. Just the same, if your dog hasn’t eaten in a while and is going on an empty stomach for a period of time, the intestines start to get a little antsy and move about, wanting food, a nd it can be noisy. Typically these types of sounds are heard early in the morning before breakfast, or in the evening before dinner time, if it has been a while since his last meal.

If your dog has an upset stomach, his stomach might not be happy and will make noises. Upset stomachs can show in an array of symptoms, from diarrhea or vomiting, or both. Both types of symptoms can cause the intestines to start to move about more than usual, typically in preparation to expel any stomach contents in whichever way it is going to come out. More gas is produced and this too, will create a lot of audible rumbling and gurgling.

If your dog develops inflammatory bowel disease, or IBD, this means that the intestinal tract has become infested with a larger than normal number of inflammatory cells that prevent the normal digestive process for food. The lining of the intestines is inflamed and irritated, and the normal process of and passage of food is altered until it is cured. When IBD develops, more gas than normal is produced and the entire gut becomes upset and angry. You will hear a lot more abdominal noises from your dog if he has IBD, and it is something that needs to be seen by a veterinarian to get the proper treatment and medication.

If you suspect your dog has more than just a little extra gas or hunger noises happening in his stomach, you will want to schedule an appointment with your veterinarian to have him checked. While most cases of abdominal noises are normal and will happen on occasion, ongoing rumbling and gurgling sounds can mean bigger, or involved issues that need to be treated by a doctor. It’s always a good idea to pay attention to your dog’s bodily functions and habits so you are in-tune with what seems to be normal, and what does not. 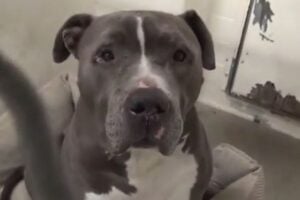 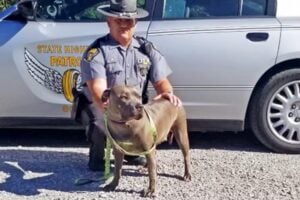