With that said, it is interesting to note that there are no clear origins for the Irish wolfhound because it came into existence so long ago that it predates historical records. In fact, some people believe that people brought their earliest ancestors with them to Ireland as far back as 7000 BC, which is rather remarkable because the earliest records in Ireland start at around 400 AD.

Regardless, what is known is that the sheer size of the Irish wolfhound made it useful as a guard dog as well as a hunting dog, thus turning it into a powerful symbol of prestige. So much so that non-nobles were forbidden to own such dogs by the time of the English Conquest of Ireland, which in turn, made them even more powerful symbols of prestige for people not just in Ireland but also in other countries throughout Europe.

At one point, Irish wolfhounds were being shipped out of Ireland for sale in other countries in such numbers that the English authorities had to institute a limit in order to keep enough of them in their homeland to keep the wolves in manageable numbers. While the dog breed has long since lost its initial function with the extinction of the wolf in Ireland in the late 18th century, it has managed to make a successful transition into modern times, not least because the characteristics that endeared it to previous generations continue to endear it to the people of the present. 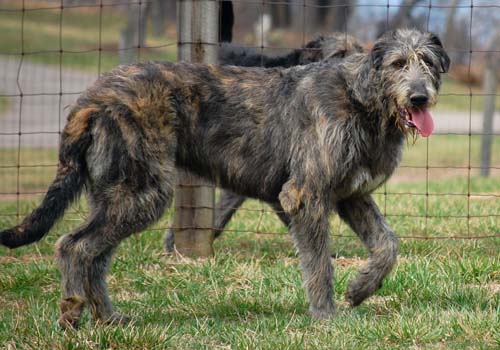 Other than its size, the Irish wolfhound is most notable for looking as though it can catch up to wolves and then kill them. For example, it tends to have a long neck with its head held up high, which helps it with seeing its surroundings for maximum effectiveness. Furthermore, it has lean but powerful build, which bears a fair amount of resemblance to the profile of a greyhound but concealed beneath a much shaggier coat. Finally, its legs are long, meaning that much of its speed comes from the sheer of its stride. For those who are curious, the coats of Irish wolfhounds come in colors such as black, fawn, red, and white, but a simple gray is by far the most common out of them all. 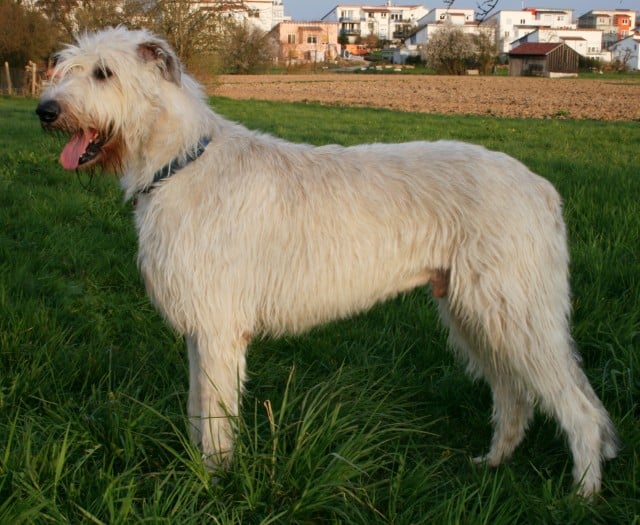 It is interesting to note that Irish wolfhounds can exhibit a wide range of personalities, meaning that they tend to be individuals in their own right. However, there are some widespread tendencies in the dog breed, with excellent examples being their intelligence, their even temper, and their somewhat reserved demeanor. Curiously, while their predecessors were once used as guard dogs, modern examples are not particularly suitable for the role because they are not particularly interested in defending spaces. Still, they are intelligent animals that become extremely attached not just to their owners but also to the other dogs that they grew up with, meaning that they have been known to react with courage when either one of those are threatened in their presence. Overall, interested individuals should make sure to treat Irish wolfhounds with gentle but firm and consistent leadership, which should help them grow up into calm and confident animals. 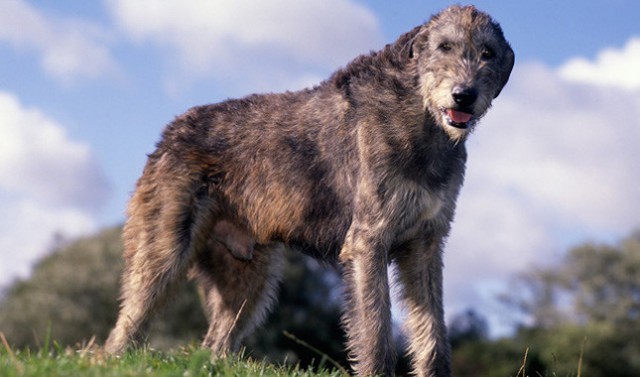 People who are planning to bring Irish wolfhounds into their homes must be prepared for the fact that the dog breed is at-risk for a number of serious health issues. First, the dog breed is known for bone cancer, so much so that it is its single biggest killer. Second, the dog breed has high incidences of dilated cardiomyopathy, which is when the heart becomes inefficient at pumping blood because it has become enlarged with dangerous consequences for the lungs, the liver, and other systems. While these two are the most common health issues that threaten Irish wolfhounds, the dog breed is also prone to problems such as bloat, hip dysplasia, and Von Willebrands. As a result, interested individuals should speak with a veterinarian to learn about the risk factors for these health risks in order to reduce the chances of their Irish wolfhounds suffering from them as much as possible. 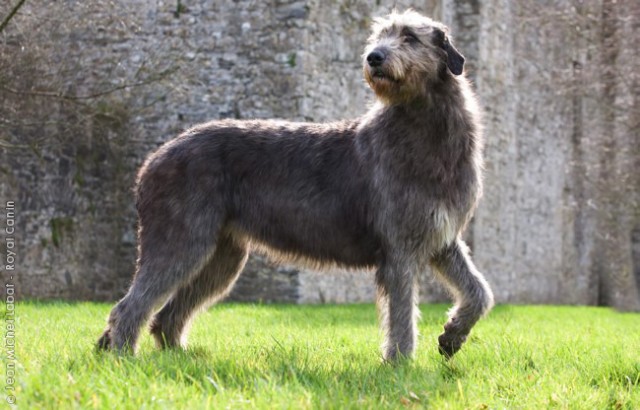 Unfortunately, Irish wolfhounds tend to be rather short-lived compared to most of the other dog breeds out there. Most examples live between 6 and 8 years, whereas the average dog can live between 10 and 13 years. With that said, the right nutrition, the right exercise, and the right healthcare can make a meaningful difference when it comes to a dog’s expected lifespan, meaning that interested individuals should do their best to take proper care of their Irish wolfhounds. 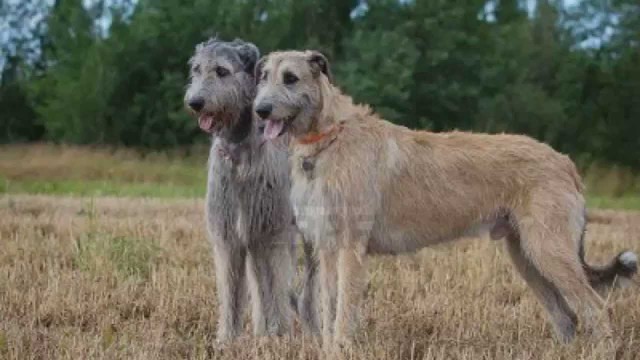 The Irish wolfhound stands at a height of between 28 and 35 inches while weighing between 90 and 150 pounds. This makes it a dog breed of significant size, which is further emphasized by the fact that it can measure up to an unbelievable 7 feet when standing on its hind legs. Something that interested individuals should consider before bringing an Irish wolfhound into their homes. 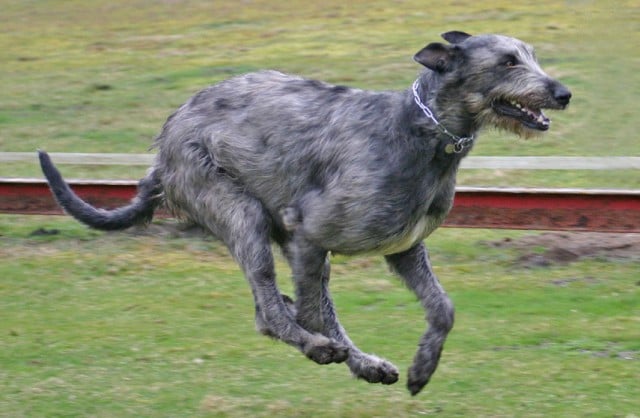