Home
Dog News
Is It Possible For Dogs to “Sniff Out” Coronavirus?
Prev Article Next Article 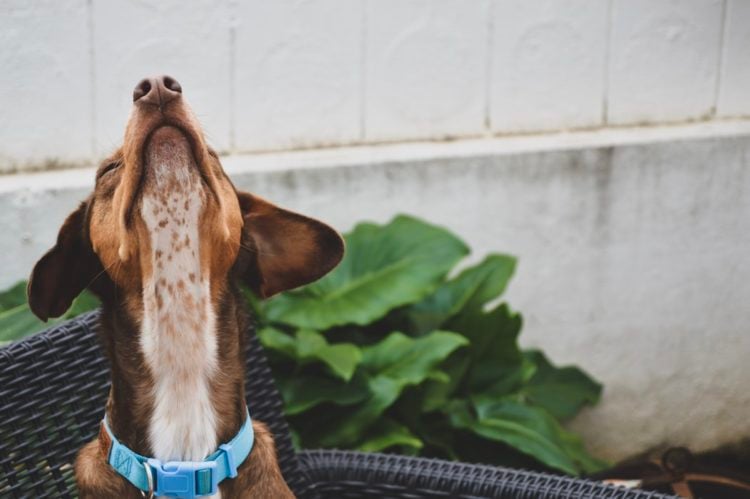 Human senses are by no means universal. As a result, it is possible for other species to have stronger senses as well as weaker senses than us, which isn’t even considering those with senses that we do not possess and vice versa. One excellent example of a species with a stronger sense than ours would be dogs with their superior sense of smell, which is supposed to be 10,000 to 100,000 times better.

In more practical terms, this means that dogs can detect substances that we cannot using their noses. For example, dogs can be trained to detect drugs that have been concealed by drug smugglers. Likewise, dogs can be trained to detect sicknesses that cannot be picked up by the human eye. In the latter case, this is possible because sicknesses produce changes in human systems, which in turn, produces changes in human smells. Something that has made dogs a subject of considerable interest when it comes to disease detection.

Could Dogs Be Used to Detect COVID-19?

Chances are good that interested individuals can see the relevance of dogs’ disease detection capabilities when it comes to COVID-19. In short, people who have been exposed to COVID-19 can start showing symptoms such as fever, coughing, and shortness of breath within 2 to 14 days. If they are unlucky, they can show more serious symptoms such as confusion, breathing problems, a bluish complexion, and persistent pain or pressure in the chest, which should convince them to seek out medical assistance as soon as possible. Unfortunately, as many as 25 percent of people who have been infected with COVID-19 will show no symptoms whatsoever even while they are spreading the coronavirus to those they come into contact with.

Currently, COVID-19’s true lethality remains unclear. This is unsurprising because we don’t have a clear idea of the number of people who have been infected with the coronavirus, thus making it rather difficult to calculate the relevant numbers. However, out of the cases of COVID-19 that have been reported, something like 3.4 percent have died so far. Combined with COVID-19’s high infectiousness, this is enough to make it a serious threat, which in turn, explains why a wide range of governments in a wide range of places have been scrambling to bring it under control.

The fact that as many as 25 percent of people who have been infected with COVID-19 will show no symptoms is a serious hindrance to such efforts. Theoretically, the authorities could solve this particular problem by performing more testing. In practice, that is both impractical and impossible. After all, the relevant institutions are already overburdened by the reported cases of COVID-19, meaning that there aren’t enough resources that can be spared for those who show no symptoms. Never mind the fact that it would be impossible to test everyone even under the best of circumstances.

As such, there is interest in seeing whether dogs can be trained to detect COVID-19 using their noses or not. To be exact, there is a UK-based charity called Medical Detection Dogs that is already working to see if dogs can be taught to do so using COVID-19 samples. There is no guarantee that this will work out, but at the same time, there is reason to believe that said charity has a fighting chance of success. After all, they have already trained dogs to detect everything from malaria to bacterial infections. On top of that, they can point to scientific papers claiming that different diseases can cause people to produce different odors. Combined, this means that dogs should be capable of being trained to detect COVID-19 using nothing but their noses, though it is important to note that “should” is not necessarily the same as “can.”

In any case, the potential usefulness of dogs for combating COVID-19 is obvious. Currently, testing is both inconvenient and time-consuming, meaning that the authorities are picking up on people who show no symptoms through pure luck as much as anything else. However, if dogs can be taught to detect COVID-19 using nothing but their noses, they could offer a very simple and very convenient to test a lot of people moving about in public spaces. One, this would enable the authorities to pick up on people who have been infected by COVID-19 but show no symptoms when they move through travel checkpoints, thus further hindering the spread of the coronavirus. Two, this would enable the authorities to pick up on people who are showing no symptoms but are nonetheless spreading the coronavirus throughout public spaces, thus enabling them to eliminate potential sources of spread by telling said individuals to stay at home. Either one of those functions would be very valuable, but both would make such dogs that much more so.

Having said that, even if enough dogs won’t be available until later, that doesn’t necessarily mean that they won’t be helpful. The problem with infectious diseases is that if they have a big enough pool of potential victims, they can survive in the long run by moving from place to place. In other words, even if one country manages to bring COVID-19 under control, it could see further cases because other countries have not managed the same. As such, there is a very real risk that COVID-19 will become a persistent threat in a similar sense to how H1N1 has become a part of the seasonal flu that we have to deal with on an annual basis. Chances are very good that we will have a much wider range of tools with which to handle COVID-19 should that ever happen, but having one more in the form of disease-detecting dogs certainly wouldn’t hurt.