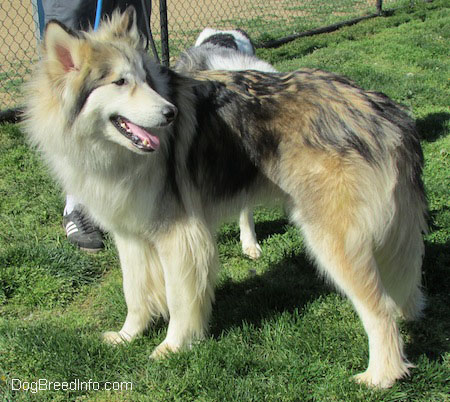 The Native American Indian dog breed is not one that many people have heard of over the course of their lives. It’s a breed that has some distinct features, some interesting concepts and it is one that is not as popular as other breeds in many places. However, it’s a lovely dog and it’s a smart dog. Chances are good that you have seen the Native American Indian Dog breed more than you might imagine, you simply did not know that this was the dog that you were seeing when you saw it. This means it’s time for you to take note and learn to spot this dog when it is out and about. If you are someone who has heard of the Native American Indian dog and wants to know more about it, you’ve come to the right place. Every dog breed is different, and we want to make sure you are doing the research and making it possible for your family to find the best possible breed available so that welcoming your new dog into your home is as simple as you might imagine.

The Native American Indian dog breed is one of the most highly intelligent dogs around. It is a breed that is so intelligent we cannot even express to you how smart it actually is. This breed is not only intelligent, it’s also very trainable. Everyone loves an easily trained dog, which is just part of the reason this is such a popular breed among families and just about everyone else. It’s a dog that also has a deep desire to please its humans. What this means is that your Native American Indian dog is going to work hard to ensure that you are happy with his performance and his abilities, and he will work harder if you seem disappointed.

Something that people do love about the Native American Indian dog is that this breed does very well with children and other animals. It’s a sensitive dog that has a lot of emotion and it finds that interacting with kids and other animals is quite simple. This breed is special, and it’s one that has a lot to offer in terms of its personality and its temperament, and that’s what most people love so much about it. The Native American Indian dog, though, does not do well with harsh behavior. Your training and your behavior with the dog should encompass gentleness, kindness and a firm tone. Harsh words and behavior will scare him, discourage him and make him feel unworthy of your love and attention, and it can cause the Native American Indian dog to act out.

The Native American Indian dog is a big dog. He typically stands around 34 inches and weighs anywhere from 55 to 120 pounds. He is a healthy dog that isn’t really prone to any breed specific health issues, though he does have a tendency to develop hip dysplasia, so its owners are always encouraged to take the time to notice whether or not their dog seems to be displaying any of the symptoms of this health issue. This is not a breed you want in either an apartment or a small house. The Native American dog breed is one designed for a larger home – one with a large yard.

The Native American Indian dog is a dog that loves to be active. He needs ample exercise to keep him healthy so that he may maintain his good health and his lifestyle. He loves to play and run, and he does not do well in a crate. He is of the opinion that crates are a form of punishment even in the training phase, and he will not do well with this method. This dog is one that loves to be outside running and playing, but it also views itself as a lap dog that will spend as much time as possible in your lap.

A long walk is required every day, and exercise – as well as a job – are important. This is the only way to ensure your dog remains happy at all times. Otherwise, you run the risk of raising an unhappy dog, and that’s not something you want. Additionally, the Native American Indian dog breed is one that will be around for a long time. This is a dog that lives around 19 years, so be prepared for the long haul with this breed.

These dogs were documented in drawings and photos for many centuries, and they were the dogs that belonged to the Native American Indians, and they are a wonderful breed. Having been kept around for the past several centuries, this is a popular dog with many people who need an animal that works hard and loves its family.