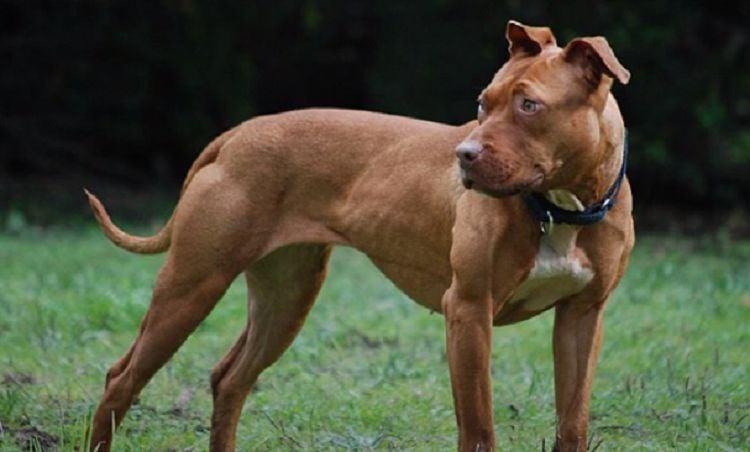 If you thought the Pug was cute enough, wait till you meet the Pugabull. A heart-stoppingly gorgeous mix of the American Bull Dog and the Pug, the Pugabull is a designer dog with a difference. With killer good looks and a temperament to match, this is the kind of dog your home has been waiting for. It’s loyal, protective, and 100% devoted to its human family. It’s perky, playful, and just a tiny bit pugnacious. In short, it’s a whole heap of fun. If you’re tempted to open up your heart and your home to this friendly little pooch, here’s everything you need to know first.

The Pugabull might be a designer doggy, but it ain’t no pedigree. The Pugabull is one of the many, many designer crossbreeds to have flooded the market in recent years. On one side of the Pugabull family tree is the American Bulldog, a stocky, muscular dog with legendary jumping abilities and working-class roots. Originally bred as a guard and hunting dog on southern U.S. farms and ranches in the 17th century, the American Bulldog was first known as the English White, the Alabama or the Southern Bulldog. As petguide.com writes, it only earned its current moniker when it started getting involved in the dubious practice of bull-baiting. On the other side of the family tree is the Pug, a dog which dogtime.com describes as ‘a lot of dog in a small space.’ Small, sturdy, and compact, Pugs have earned a reputation as the clowns of the canine world thanks to their love of showing off and their funny little characters.

If you’re looking for a pet that will fit right into your big, boisterous family, look no further than the Pugabull. Friendly, playful, and always in the mood for a game or two, these affectionate little creatures make loyal, loving companion dogs. Good with kids (although early socialization always helps) and happy enough to play with other pets, the only thing a Pugabull doesn’t really like is an intruder. If any strangers come a-prowling, be sure your protective little watchdog will let you know.

Pugabulls come in a gorgeous array of colors, including tan, cream, brown, black, red, and white. Usually, they’re a mix of several different shades, but you might occasionally get lucky and stumble on one with a rare solid-colored coat. The coats themselves are short, dense, and easy to groom – a quick brush two or three times a week should be enough to keep them in peak condition. They’re not, however, hypoallergenic, so beware if you have allergies.

If there’s one thing that Pugabulls really don’t like, it’s cold weather. If it’s snowing, icy, or anything other than temperate, be prepared for a struggle if you want to get them out of the house and into the park. A warm coat will help, but they’ll probably still be more inclined to snuggle up on the sofa instead. Come summer, you may need to invest in some dog-friendly sunscreen to apply to the tips of their ears and other exposed parts.

5. They hail from North America

It’s likely that the Pugabull existed naturally over history, but the first intentional Pugabull was created in the late 1990s in North America. Intent on creating the perfect companion dog, breeders decided to combine two of the nation’s most popular pets, the Pug and the American Bulldog, and see what happened. What happened was the Pugabull, a dog that just so happened to hit the scene as the trend for designer crossbreeds was starting to pick up. In the years since, they’ve become an increasingly popular pet…. although they might still have some way to go before they reach the same kind of popularity as their parents.

Pugabulls have high energy needs. If you don’t give them the appropriate amount of exercise, be prepared for a podgy Pugabull. This is a crossbreed that loves to eat – given the opportunity, they’ll eat you out of house and home before you know it. To avoid them going from perky to piggy, keep a close eye on their calorie intake, and treat them to plenty of runs around the park.

When breeders originally developed the Pugabull, they were hoping to create a crossbreed that carried all the great traits of its parent breeds, but none of their health concerns. To some extent, they succeeded. Most Pugabulls are healthy, robust little dogs who rarely suffer so much as a cold. That said, they’re still vulnerable to the same conditions the American Bulldog and Pug face. If you bring home a Pugabull, you’ll need to keep a careful watch for symptoms of:

8. Not everyone loves them

The Pugabull might be cute to look at and a joy to interact with, but not everyone’s a fan. Not because of anything the Pugabull has done, you understand, but simply because they exist at all. You see, some people are purists. For them, taking two good pedigree breeds like the American Bulldog and the Pug and combining their genes to create a mixed-breed is, if not an abomination, then not far short. Such purists also point to poor breeding standards and the extortionate price tag designer doggies can sometimes command – because, as we all know, pedigree breeders only use the kindest, most conscientious practices and don’t charge a cent for their dogs…

9. They’ve got a medium build

As wagwalking.com comments, Pugabulls are relatively new to the scene and as such, there aren’t many standards when it comes to size yet. As a general rule, however, you can expect them to be medium-sized in both height and weight. Both males and females will typically weigh in at between 25-70 lbs and measure 12-18 inches at the shoulder.

10. They need a strong leader

Despite being happy, cheerful little dogs, Pugabulls can also be stubborn. They love to test your limits to see just how much they can get away with. Fortunately, they’ve got loyalty to spare, not to mention a huge desire to please. With the proper training, the stubborn streak can be easily overcome. They do, however, benefit from a strong, experienced owner with a patient yet firm approach. Unless you can establish yourself as the pack leader, they can easily develop small-dog syndrome. 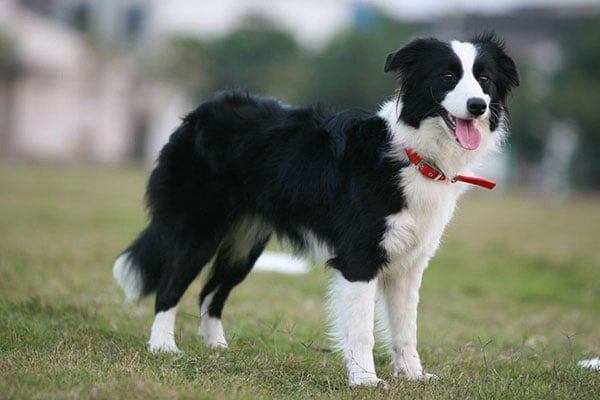 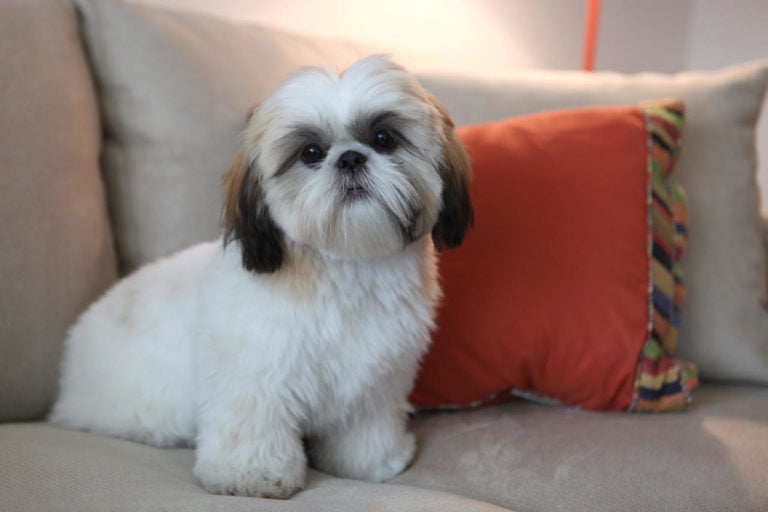 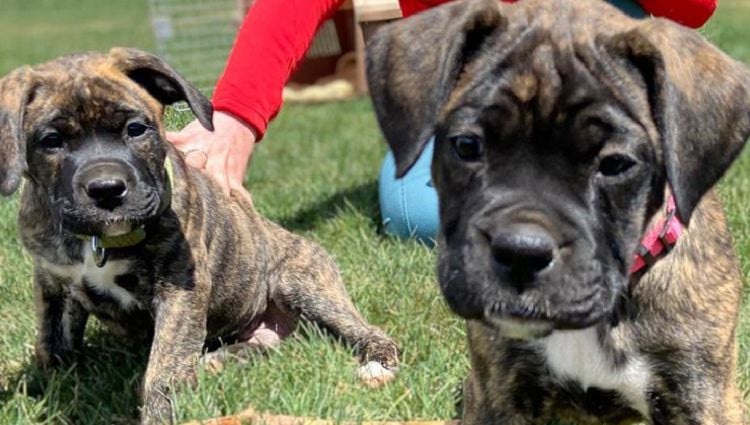 The Banter Bulldogge is a large, powerful dog that at first glance, can seem more than a little intimidating. Yet despite its muscular stature, it’s an affectionate, loyal, and exceptionally friendly dog that makes a…

Great Dane puppies are some of the most adorable little animals you will ever see, and we are completely in love with them. They’re so sweet that it is often easy to forget that they… 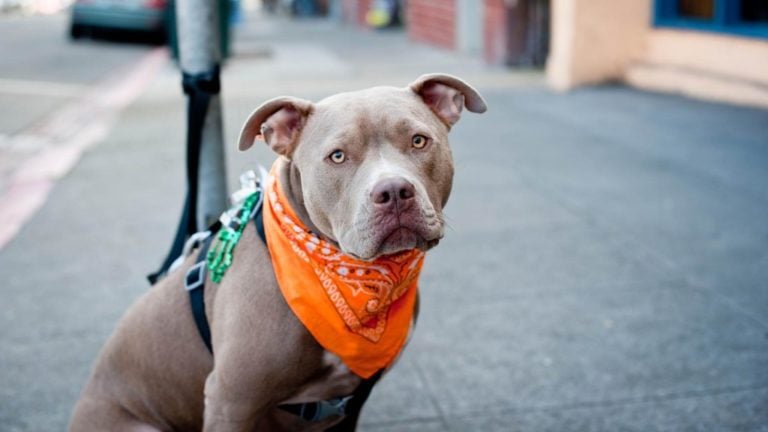 The Shiba Inu is an ancient dog that originated in Japan as a variant of the Spitz breed. This small dog was valued for its small size and cute appearance. Even at full maturity, they…