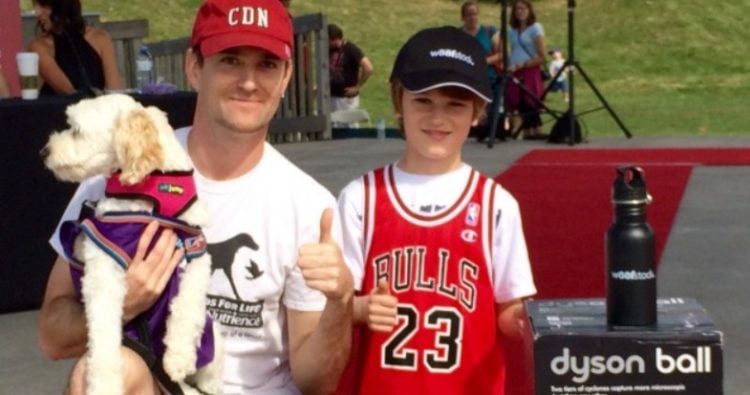 Never judge a book by its cover. If you give anyone a chance, they might surprise with what they are capable of, and this applies even to animals. One can quickly dismiss a rescue animal as lacking not just a home but other values as well. However, with patience, our true selves eventually present themselves much to everyone’s surprise. A video has gone viral showing how a rescue dog wows shelter staff with amazing hidden talent. They could not wait to share their excitement, so here is the story of Mayah.

How she ended up in LifeLine Animal Project

Many animals who end up in shelters are usually rescued from the streets, but Mayah already had a home. She, however, maybe would have ended up dead since the line of work that her owners engaged in, put her life at risk. Mayah called a drug house home, but when police raided it, they placed her in an animal shelter, LifeLine Animal Project. She portrayed a great personality, and when the staff asked the dog to sit, they could not help but be amazed at how Mayah sat. According to Pet Rescue Report, Mayah has reinvented the “sit” which they term as her unique trick. Coupled with her loving personality, the staff captured Mayah sitting on her rear as people do and posted the video on October 14, 2019.

She is still homeless

You would think that within minutes of posting the hilarious video, someone would have fallen in love with Mayah, but she is yet to find her human. LifeLine Animal Project used the video to help Mayah find her special someone adding that she is very friendly. She is currently in a foster home, and anyone interested in adopting the nine-year-old dog can apply through the LifeLine Community Animal Center.

A dog with Picasso’s skills

Although Mayah’s hidden talent does not make her any money, it helps to bring smiles to people’s faces. While many people complain of unemployment, there is an animal selling paintings for as much as $2,400. One family in Las Vegas, the Hendersons, wanted to adopt a puppy in 2011, so they went to the Animal Foundation. They fell in love with Arbor, a one-year-old pup whom they took home. Arbor proved to be a quick learner, catching balls, and even playing Ping-Pong by holding a paddle in her mouth. Jennifer Henderson had watched some YouTube videos and introduced Arbor to painting. The dog soon became a professional at abstract art after positive reinforcement through raise and treats. With time, Arbor was doing so well that Jennifer not only started a Facebook page that now has over 530k fans, but television shows were interested in learning more about Arbor.

Arbor’s skills enticed Theresa Lucero, a Las Vegas-based artist, to collaborate with the Hendersons to sell Arbor’s paintings. The dog is so creative that after Jennifer and Bryce help to choose the colors and topics for her artwork, the rest is up to her, and the outcome is nothing short of breathtaking. Arbor’s original paintings are auctioned every year at PAWcasso Las Vegas. When she first started, her art sold for $250, but with more practice, by 2015, one piece was sold for $1,000. The proceeds go to help dogs in need, according to Dogster.

A Michael Jordan in the making

If you thought that only tall men like Michael Jordan and LeBron James could play basketball, it is because you are yet to meet Mercy. According to Talent Hounds, Mercy was abandoned at the Provincial Branch of OSPCA when she was only a year and a half old. Of course, that experience must have made her feel rejected, and humans are not to be trusted. Therefore when Eric, an employee at the shelter, first met her, he described her as depressed and distrustful of people.

With time, Mercy knew that not all people are the same since Eric loved her. Still, another person would have broken Mercy’s heart because even after agreeing to adopt her, he did not show up, which would have made Mercy feel entirely unwanted. Luckily Eric had already formed a bond with her and thought they were perfect for each other. Everything happens for a reason; while Mercy needed a home, Eric needed someone to help him get through the hard time he was facing after a personal loss.

Eric, being a fan of basketball, wanted to teach Mercy how to play. He taught her how to fetch and drop a toy in a hoop, and after taking the hoop higher every time, Mercy became a pro at dunking. In 2015, when the Sunday Pet Trick Contest was held, Mercy won, and the headlines read that a rescue dog had become a trick star.

Can you train a rescue dog to be as talented as Mayah, Mercy, or Arbor?

One shelter, Pet Alliances, got tired of people walking into a shelter and picking any dog that felt good for them based on their breed and looks. An executive director of the rescue organization instead wanted people to walk out with dogs that fit in their lifestyles and personalities. Therefore they group the rescued dogs according to their characters. That way, when prospective adopters visit the shelter, they are told of the characteristics of the dog they want so they can assess if the animal can blend with their lifestyles.

That said, it is clear that any dog, rescued or not, can be a star, and it is up to the owner to discover and arouse their interests. Eric did not know that Mercy could shot hoops until he incorporated her into his lifestyle. Jennifer, on the other hand, only wanted Arbor to learn what she had seen on YouTube, and it has benefited other dogs as well. Just like children, dogs are gifted, and all they need is a dedicated and patient human to help them discover their hidden talents too.