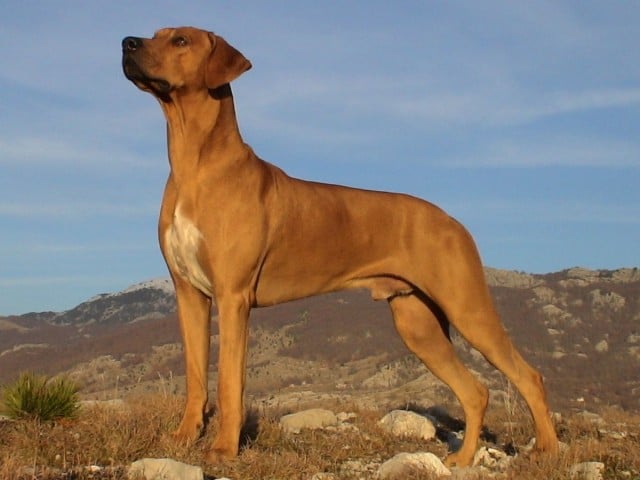 The Rhodesian Ridgeback easily puts most other breeds to shame when it comes to beauty, physical and mental agility. Bred as hunting dogs, Rhodesian Ridgebacks are very active and witty. They are also endowed with a sleek coat featuring a beautiful ridge running along the dog’s back, hence the name Ridgeback. Unfortunately, this is about everything most people know about this exceptional dog breed. It is a shame since there are numerous fun and interesting facts to learn about these dogs. Here are ten things you didn’t know about the Rhodesian Ridgeback.

Rhodesian Ridgebacks were originally bred for hunting in the African terrain, and running is in their blood. Consequently, they love chasing games and show impressive speeds and agility. As such, they need to be exercised regularly, and failure to do so can result in a bad temperament of poor health in the long term.

Naturally, such active dogs as these would need to eat well to replenish their energy. However, Ridgebacks tend to over-eat; Rhodesian Ridgebacks love eating so much that they can gorge themselves sick if left at their own discretion. As such, one has to maintain a delicate balance of not over- or under-feeding them. Rhodesian Ridgebacks also need to be exercised often to put those calories to use and prevent weight gain.

Rhodesian Ridgebacks seem to carry with them the African hunting instincts no matter where they go. They were popular among hunters for their ability to track and corner prey, and these natural instincts may kick in occasionally. If you plan on getting a Ridgeback for hunting purposes, then you are on the right path. However, if you intend to keep your Ridgeback as a house pet, then he/she must take discipline classes or else confrontations may arise with other pets and animals in the neighborhood. 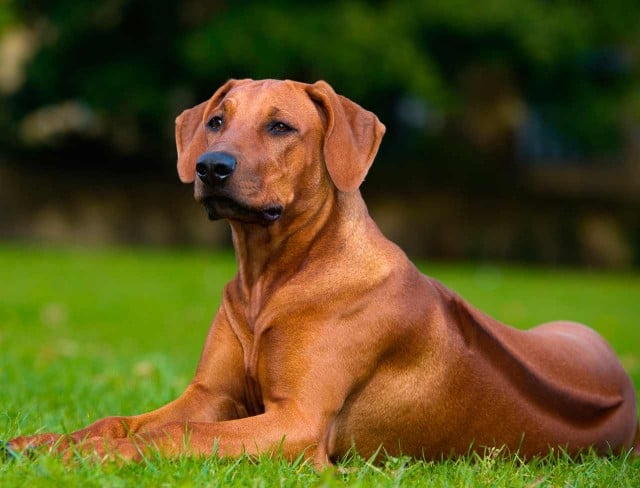 4. The Rhodesian Ridgeback is Quiet

In addition to being playful and gentle, Rhodesian Ridgebacks are also conveniently silent and tolerant. They do not bark unless when absolutely necessary, and when inactive it can be easy to forget that they are present at all.

However, Ridgebacks will always bark when provoked or when they sense danger. This makes them even more useful as they are perfectly suited for their primary purpose; security. Hence, you should always take note and investigate when your Ridgeback seems to bark for no apparent reason.

In spite of having a hunter’s instinct, a well-trained Rhodesian Ridgeback can be very accommodative of cats and other pets. In fact, they tend to develop good and close relationships with cats, effectively disproving the belief that dogs and cats are the worst of enemies. Rhodesian Ridgebacks that have been raised in the company of other pets are generally gentle with other animals. However, Ridgebacks that have been adopted from isolated holding facilities should be trained beforehand to avoid confrontations.

Rhodesian Ridgebacks get their name from their native home and the unique ridges that run along their backs. The ridge of fur is unique in that the small strip of fur runs opposite the rest of the sleek coat. This, coupled with the sleek coat and slender body, is what gives the dogs their grace and beauty. However, some Rhodesian Ridgebacks do not have this feature, and others carry only a small strip of the ridge. Nevertheless, they are just as smart, active, and appealing as their ridged counterparts.

A true hunting dog, the Rhodesian Ridgeback will always be loyal to its owners and friendly to people and animals that it is familiar with. However, they may become aggressive when in the presence of strangers and especially other dogs; discipline classes are useful only to a point as provocative situations almost always spark aggression. As such, it is always available to keep your Ridgeback on the leash especially when in public places. Playtime should also be limited to a controlled environment such as your fenced compound. 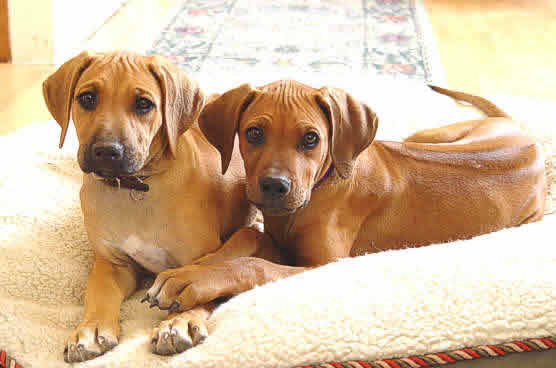 8. A Celebrity’s Dog of Choice

A star among other dog breeds, the Rhodesian Ridgeback is a favorite among several celebrities. Its sleek looks, calm temperament, and loyalty to its owner makes it a convenient companion for celebrities such as Blake Griffin and Patrick Swayze. And, considering their fondness of people and active lifestyles, these dogs do not seem to mind the attention and publicity that come with their positions. However, you do not have to be famous to own one of these intelligent dogs as you can always buy or adopt one.

There is no question about this breed’s strength and adaptability to different environments. However, it is just as susceptible to certain dog diseases as other breeds. It is particularly vulnerable to a skin condition known as Dermoid Sinus. This condition results in the formation of lumps on areas such as the neck, tail, and back. The condition is disastrous for the dog’s sleek looks, but fortunately it is treatable through surgery.

Additionally, Ridgebacks tend to grow weaker as they age, and with time conditions such as hip dysplasia and blindness will kick in. Still, healthy eating, hygiene, and exercising will help prolong their life expectancy.

The lion may be the king of the jungle, but the Rhodesian Ridgeback certainly has no problem to standing up to it. An ideal hunting dog, the Ridgeback has been nicknamed the ‘African Lion Hound’ thanks to its bravery and hunting prowess. This name originates from the dog’s outstanding performance when it was used to corner lions in the South African jungles. To this end, the Rhodesian Ridgeback will never disappoint whenever you are faced with a dangerous situation.

The Rhodesian Ridgeback is an exceptional dog in more ways than one. It has an elegant appearance, a cool temperament, great danger instincts, absolute loyalty to its owner, and a knack for playing. It also does not require as much care and maintenance as most other breeds as it is hardy and does not shed often. Consequently, the Ridgeback is in many ways the ideal pet and companion even for the super stars. 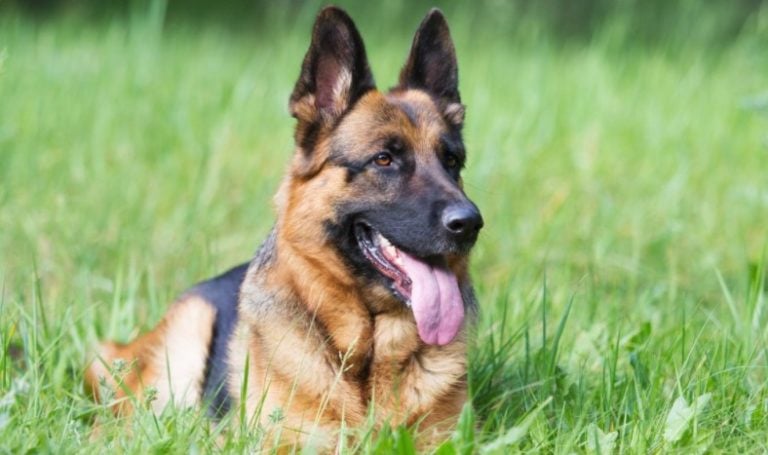 German Shepherds are one of the most popular breeds of…

If you know nothing about dogs, know that the term… 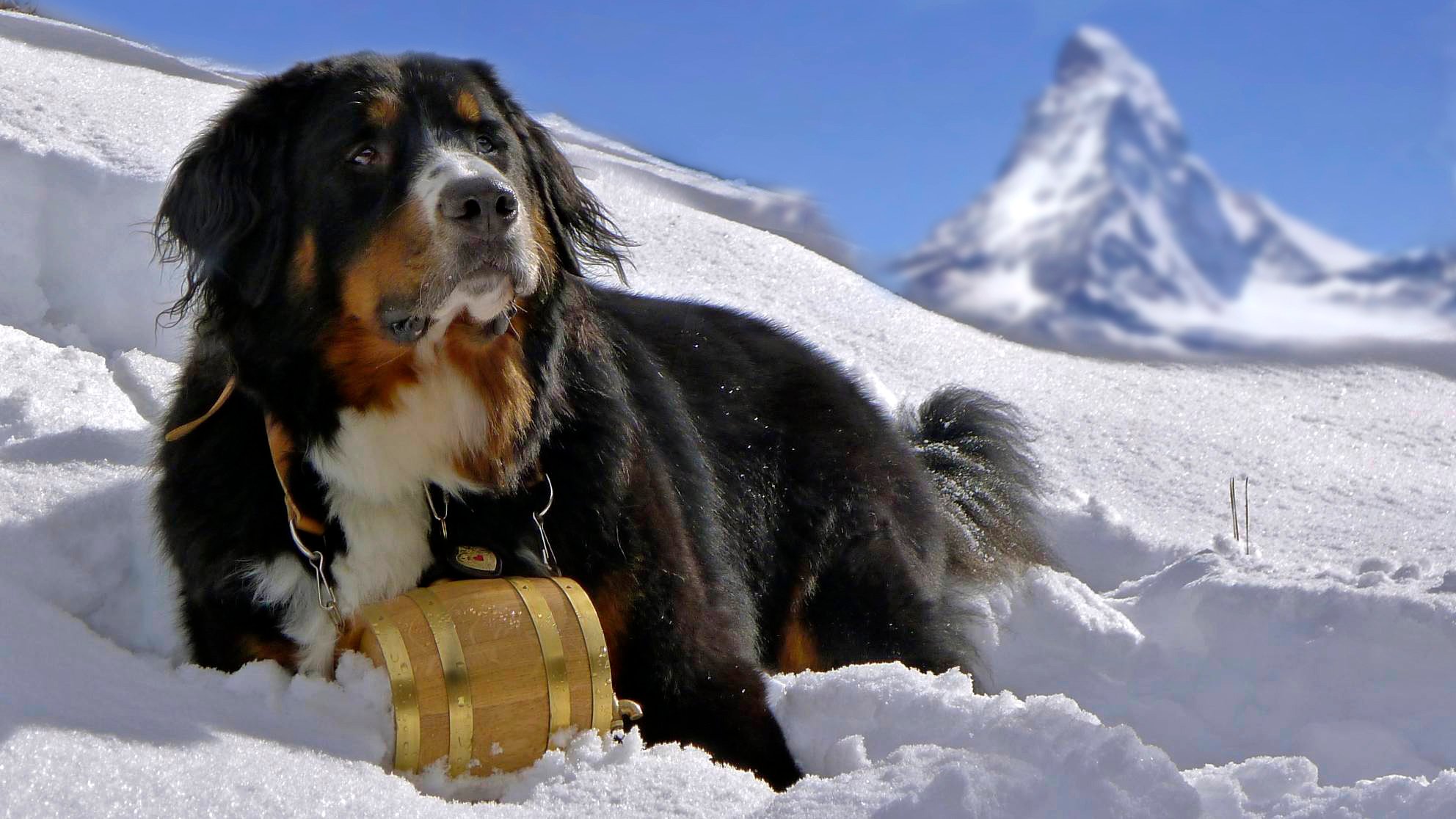 The Bernese Mountain Dog is a large, heavy mountain dog…. 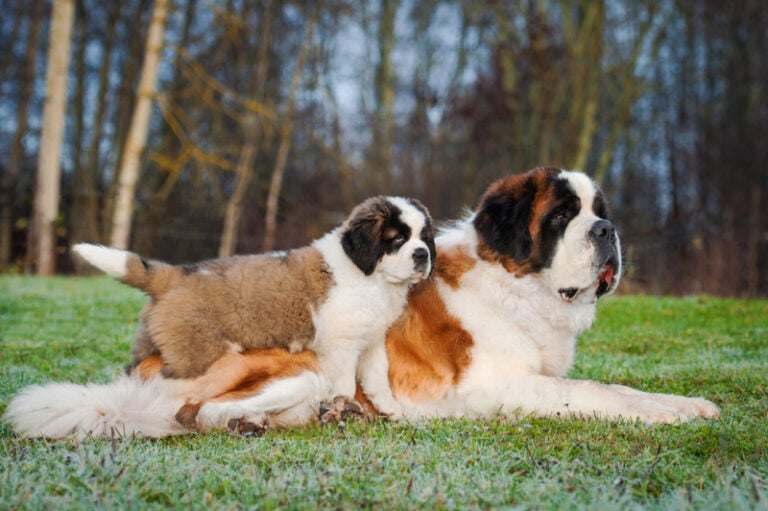 Saint Bernard is a large breed of working dogs from… 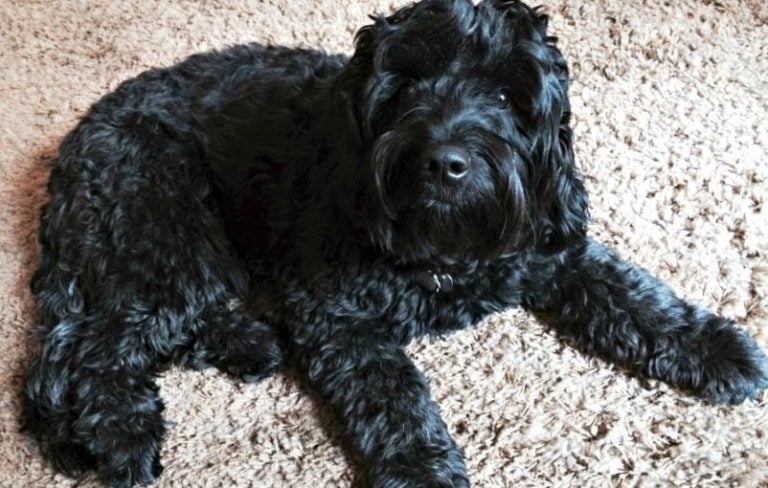 The Goldendoodle is a designer breed, or crossbreed of two… 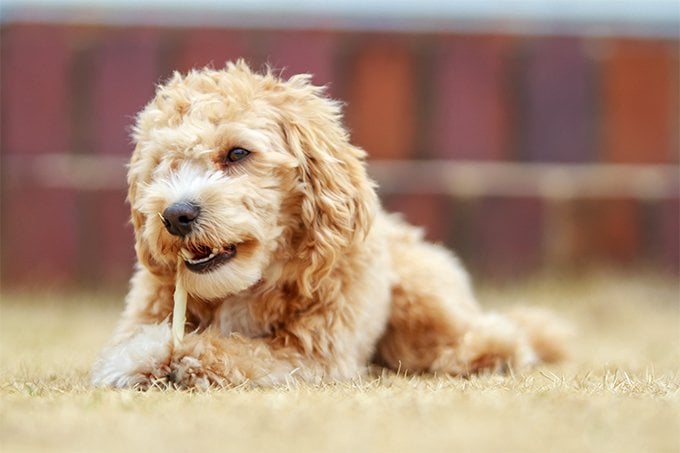 The Maltese Poodle is an excellent example of the crossbreeds…