Dog laws are quite different from human laws. You may not think so, but by the end of this article you will. While it could be said that there are some very strange human laws still on the books from the “olden days”, the dog laws are even stranger (and more specific). A couple of them may make you laugh, a couple of them will surely make your cringe. But above all else, they will show you just how insane the dog laws are across the country (and world). You think you’ve heard it all, but trust me, this article will prove otherwise. 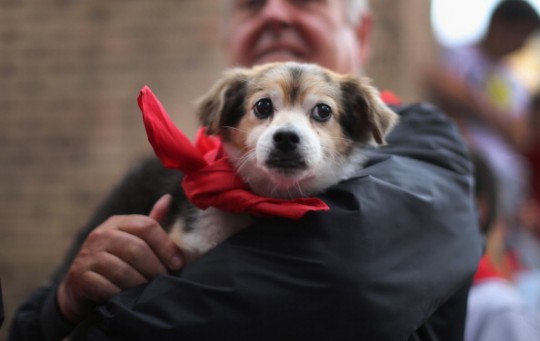 You would think that would be a given, but that is what you will think about most of these by the time we reach the end of this article. The reality is, for this to be a law, it means the problem had to be enough of an issue at one point that they felt the need to make a law out of it. I have a feeling the local Alaskan dogs are very happy about this law and we just don’t get it. 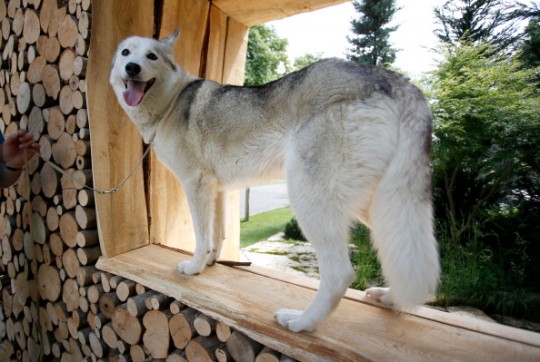 The weird part is, does this imply that all you have to do is drive to South Carolina and then you can have a dog versus cat fighting ring with no legal trouble? Makes very little sense. But apparently, dogs fighting with cats was such an issue at one point, the needed to make this dog law. Thing is, there are some breeds that would happily break this law if given the chance. We call those rebels. 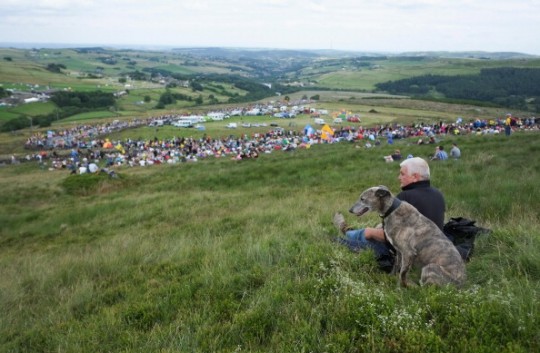 In London, Your Rabid Dog Cannot Take A Cab With You

So this means, at one point, people in London were taking their rabid dogs for cab rides. I am not asking you this, I am telling you this. Come on, Fido. All the frothing and madness aside, let’s go see the queen! This has to have culminated with a cabbie in London being attacked by a rabid dog he was transporting. Again, I would have thought this sort of an “unspoken” law, but I guess someone felt the need to speak it. 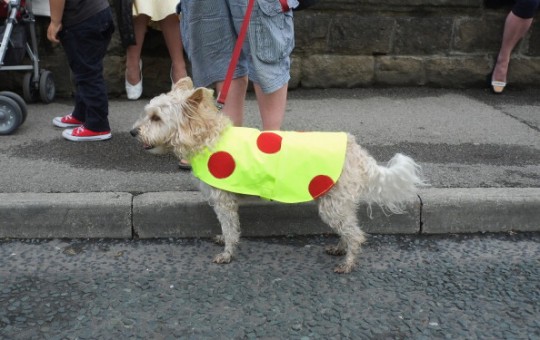 In Shanghai, You Cannot Own More Than One Dog Legally

So in Shanghai, you are only allowed to legally own one dog. If you own more than one dog, the hammer of justice comes down on you, swift and supreme. But why? They have another law where all puppies must be given away within three months to a home with out a dog. Odd. Maybe they just want a dog in every house. That is kind of cool, actually. Truth is, with this one I don’t even want to speculate. Best we just leave this strange dog law alone and move right on to the next one. 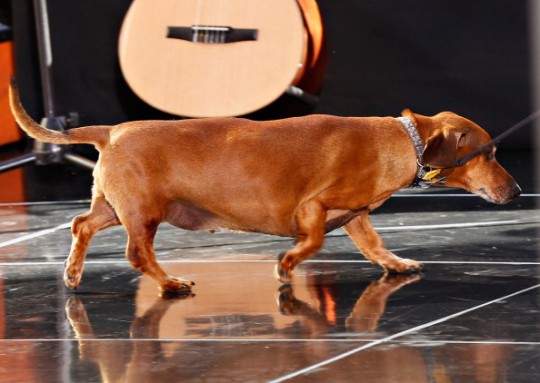 You Get Arrested For Making Funny Faces at Dogs on Oklahoma

What might be the most famous (infamous?) dog law of all involves people who choose to make funny or strange faces at dogs. You see, for some inexplicable reason (though I have a theory), it is illegal to do that in Oklahoma. Yes, you can supposedly get arrested for making funny faces at dogs in Oklahoma. The only sensible reason I can think for this is that, with some breeds, eye contact and aggressive or strange faces can set certain breeds to feel threatened. This will, of course, provoke attack. Maybe that was their thought on this one? Outside of that, your guess is as good as mine. 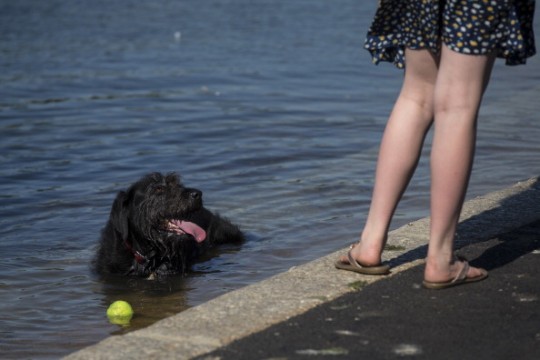 Turin is a city in Northern Italy who takes their dog health very serious. Actually, this is one law on the list that we can get behind. If your dog gets obese, it can diabetes, heart disease, and die. So the fact that this is a dog law in Turin just tells me they are on the right track and we should follow suit. This is one law that truly benefits the dog. 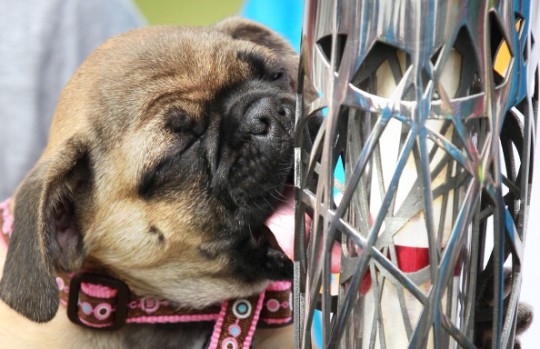 Cops Can Bite Dogs in Ohio

We have mentioned this one once before, and it never fails to melt our minds. It makes us mad, but also, doesn’t make a shred of sense in any scenario. Yes, a cop in Ohio can bite a dog to calm it down or quiet it. What is even weirder is that the law is given only to police officers. Anyone else bites a dog, they are in a trouble. But if you have a badge, not a problem. What? 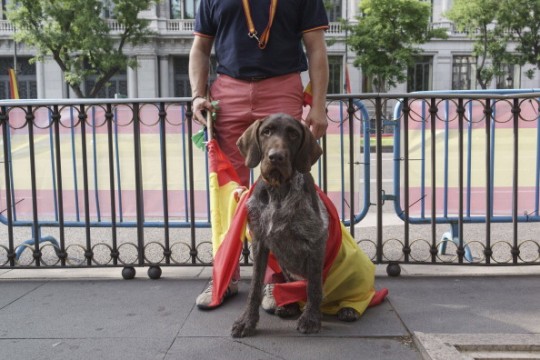 In Colorado, You Don’t Legally Own A Dog

This is one of those strange dog laws that falls more under cool than strange. What Colorado does is basically see dogs (and pets) as people. Not objects (which is actually, legally, how they are viewed). But in Colorado, you are a “pet minder”. Which basically means, you are just kinda watching your pet and hanging out with your pet, but you don’t own it. It is its own being. See, some of the laws are insane. But some of these laws actually are pretty great and make a lot of sense. 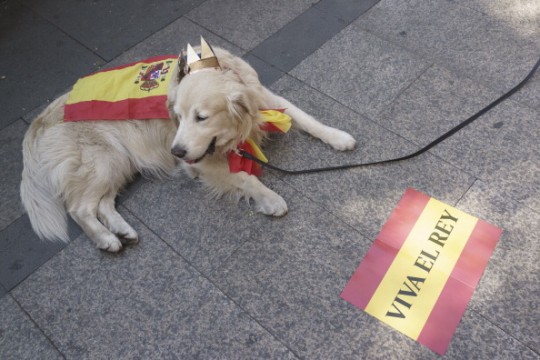 You Can’t Give Your Dog A Cigarette In Zion, Illinois

See, this is the one that maybe might make you mad a little. You would think that no one, anywhere, should ever give a cigarette or cigar to a pet dog. But apparently, this was enough of an issue that it had to land its own strange dog law. Truth is, it applies to cats and all pets, but is one of the most bizarre laws we have ever seen. I mean, if we ever saw someone giving their pet a drag off their smoke, we would tackle them. But in Illinois, the cops do the tackling in that scenario. At least we HOPE they do. 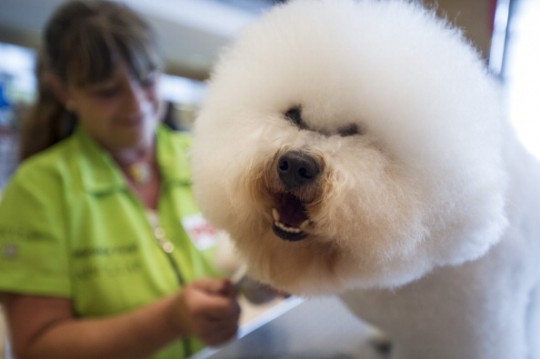 Your Dog Cannot Mate Without A Permit In Venture County, California

One can almost understand that this was probably put in place many years ago as a factor for keeping pet populations in control. They just didn’t want dogs out there, making more and more dogs forever. The weird part is, people caught on. So why is this law still on the books? Do you actually think someone is getting a permit like this for their dog in 2014? I think not. So there you go. Some pretty strange dog laws, huh? We told you.