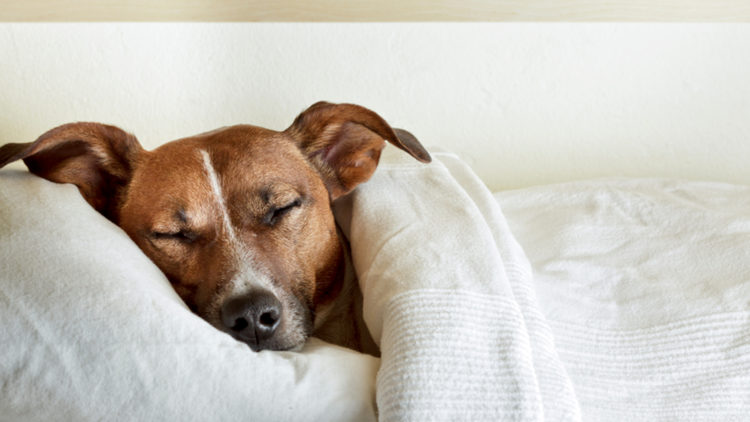 A dog’s behavior often changes throughout the day. They may have bouts of playfulness and episodes of sleepiness. A dog may also have set behaviors that it performs at the same time each day. For example, your dog might regularly lick itself just before it goes to sleep at night. If you have seen your dog licking itself before sleeping, then you might have wondered why it does this and if it is something to worry about. Here are some of the most common reasons that a dog licks itself at night.

According to Dogster, one of the most common causes of a dog licking at night is simply grooming. While many humans take a bath or shower at the end of the day to rid themselves of dirt, sweat, odors, and bacteria, a dog does not have the option of running itself a bath or turning on the shower. The natural way for dogs to clean themselves is by licking their own coat and skin. If your dog spends a short period licking itself before sleeping and then settles quickly, grooming is the most likely cause of this behavior.

Just like some babies and toddlers suck their thumb or use a soother to help them settle at the end of the day, a dog may also need to offer itself some comfort, says Wag Walking. Many dogs find licking themselves an effective method of self-soothing. One reason that they may find this action soothing is that it evokes memories of when they were a pup. It can remind them of their mother licking them as they snuggled against her. Dogs have a natural instinct to lick their young as a way of keeping them clean and showing them affection. Licking puppies also stimulates growth, so it is an important activity that takes place between the mother and her litter.

Another possible cause of dog licking is anxiety. This is particularly common amongst dogs who sleep in a separate room to their owner. If you spend a lot of time in the company of your dog during the day and then send them to a separate room at night, it is possibly causing your dog to feel anxious. This is a form of separation anxiety, even though you are still in the same house. Dogs can display a variety of behaviors when they are suffering from anxiety, and licking themselves is one of these.

Similarly, licking itself is potentially your dog’s way of trying to attract your attention. The reason why this would happen more often at night is that it is the time of day when you are settling down and possibly paying them less attention than you would during the day when you pet them and play with them regularly. If you react to their licking, then it is likely they have connected their licking with stirring a reaction and getting your attention. Therefore, they will lick themselves more to get another reaction.

Although in most cases a dog licking itself before sleeping is not a big issue, it is possible that there is an underlying medical condition that is the cause of your dog’s licking behavior. Pets Best suggests the following as some of the potential medical reasons that a dog may lick itself at night.

Is Licking a Concern?

In most cases, a dog licking itself at night is normal behavior, and it is simply the dog grooming itself at the end of the day. Therefore, it is usually not something to worry about. Keep an eye out for other symptoms that may indicate a medical cause for the licking. If you are concerned that your dog’s licking is caused by a medical condition, then you need to book an appointment with your veterinarian to discuss the issue. Similarly, you should see the vet if you suspect that your dog is suffering from emotional or behavioral issues as the vet can give you advice on how to tackle these issues. Some signs that you should seek the advice of a vet include:

Dogs That Lick Before Sleeping – The Final Verdict

In most cases, dogs licking themselves before sleeping is not a cause for concern. The most common causes are grooming and self-soothing. If these are the causes, it is perfectly natural and you do not need to take any action to prevent this behavior. However, it can sometimes indicate an emotional or behavioral issue, and it is sometimes a sign of an underlying medical condition. Observe their behavior and watch for any worrying signs. If you are concerned that your dog is suffering from an underlying medical condition, you should always get them checked out by your veterinarian. 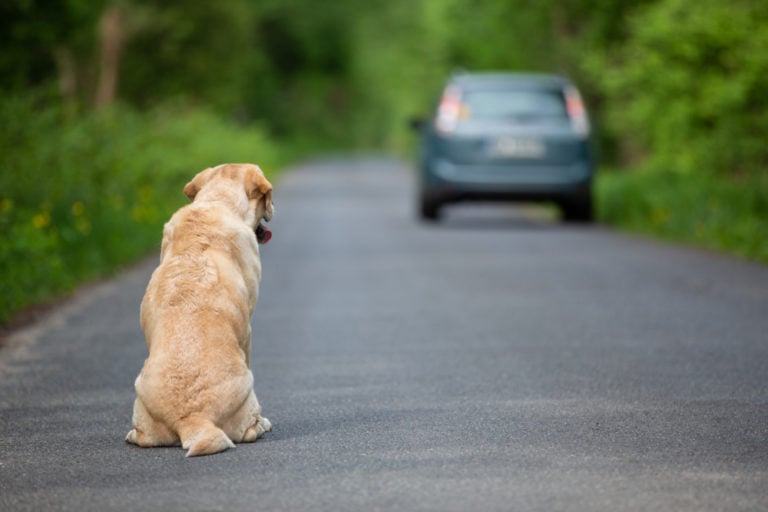 There is an epidemic of abandoned pets throughout the world. When lockdowns forced people to leave their jobs and stay in their homes, many adopted dogs and cats. When the world started to reopen, some… 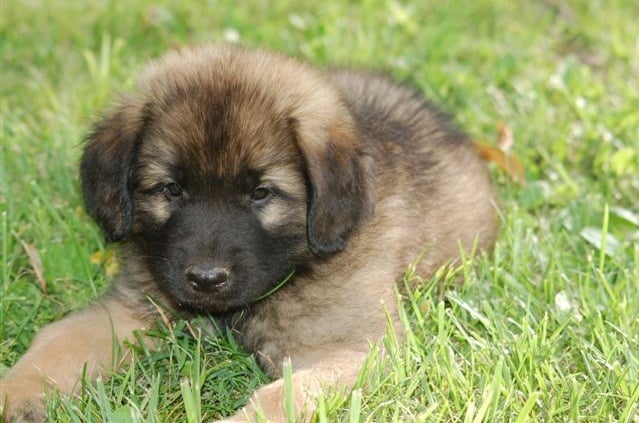 The Leonberger is one of the oldest large breeds of dogs in Germany. It is strong, powerful and needs socializing and training from a very young age in order for the owner to be able to… 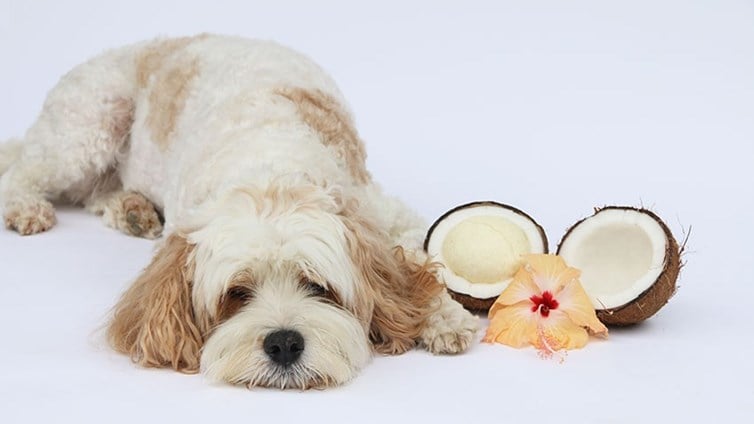 Coconut oil has been all the rave for humans over the past few years. More and more studies have proven the wide range of benefits the delicious tropical fruit has on the human body, but… 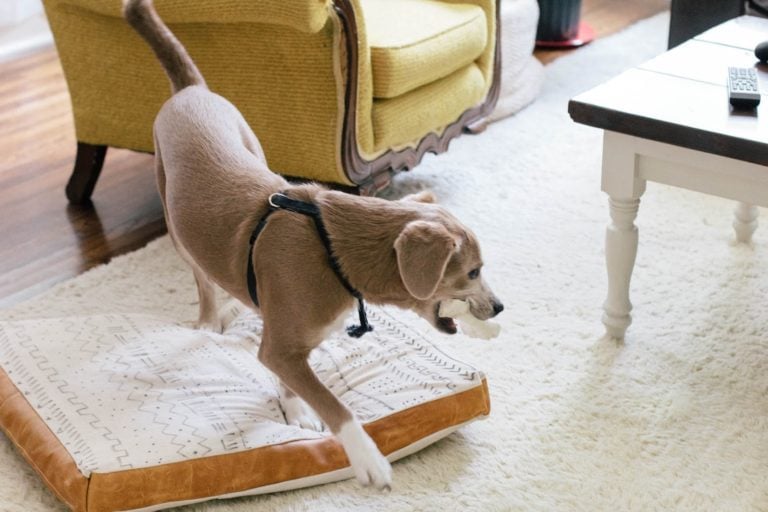 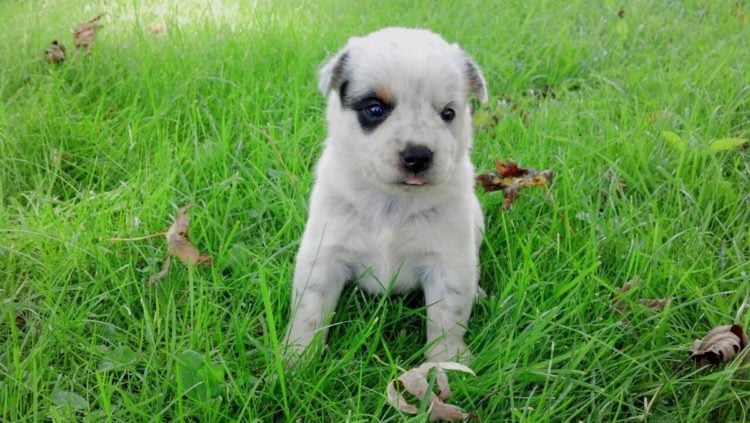 The Queensland heeler. The Australian cattle dog. Whatever you call the blue heeler doesn’t change the fact that they’re some of the most adorable dogs and puppies you could ever own. These dogs were bred…