Think of that one friend of yours who is really loud. You may like him. You may know he is the nicest guy in the world. But to everyone else, he may just seem like a little too much. That is the best way we can describe loud dog breeds. They may be loud, but that doesn’t make them any less lovable.  This got us thinking. What dog breeds have the loudest bark?

We ask because it is good to know what breeds are commonly the loudest for multiple reasons. One, it is a good thing to factor in when deciding what breed might be right for you and your family. Two, maybe there is a dog in the neighborhood who barks too much and you may want to blame the owners, but it could just be dependent on what kind of breed of dog it is. Some dogs are just naturally louder than others.

For that reason, we decided to put this list together of the twelve dog breeds with the loudest bark. Remember, it’s not their fault. Also, as you will see, don’t let size fool you. There are some little dogs that pack some big barks. 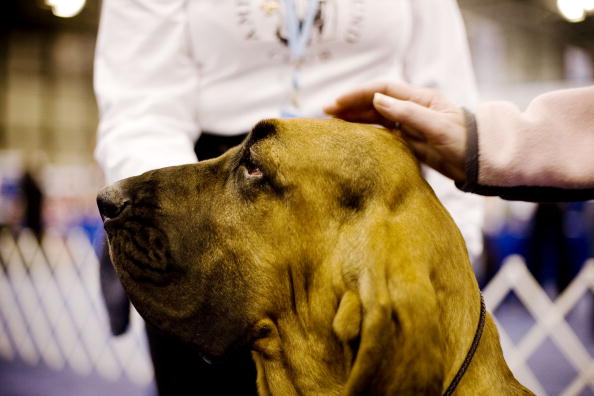 I don’t think there is anyone out there who is remotely surprised we began with the Bloodhound. As far as dog breeds with the loudest barks go, Bloodhounds are both loud AND chatty.  But outside of that, they look at you with those big eyes and your heart just kind of melts. It’s your ear drums that don’t. 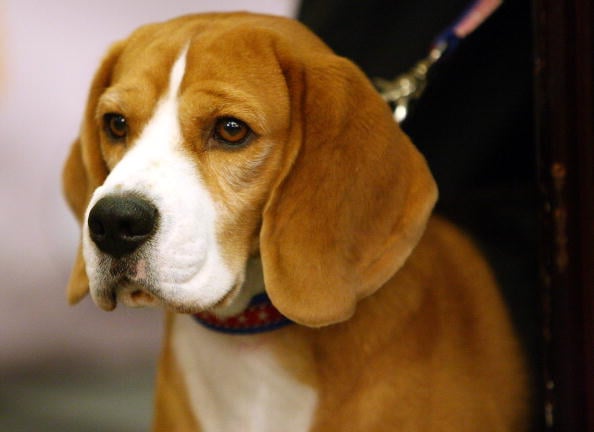 It is not a coincidence that the name Beagle sounds so much like the word bugle. A beagle has a bark that can be heard for miles, and for this reason, the dogs used to be used as actual bugles during war time.  I made that up, don’t worry. Regardless, the dog is still really loud. 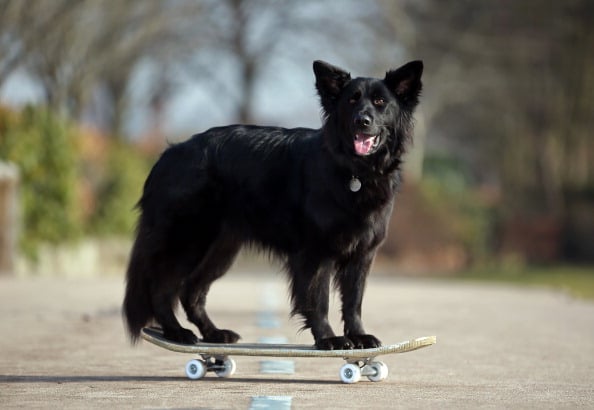 Another dog synonymous with loud and aggressive barking, the German Shepard is often known to bark out of sheer boredom. For that reason alone, keeping them busy and entertained helps to keep them quiet and limit the barking.  Oh, and apparently a few of them can ride skateboards.

Last thing you ever want to do is assume a dog’s size is relative to its bark. As this list will show you, that is not the case. This is not the only time you will see the word “mini” on the list. Another dog that is German in descent. Apparently, even dogs can have German accents. 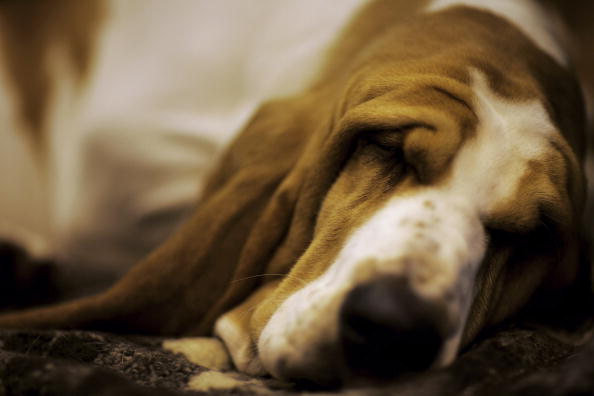 You know these dogs love to sing the blues. They are known for a howl more than a bark. But man, is that howl loud. So loud, Elvis wrote a song about it. This will not be the last hound on the list. 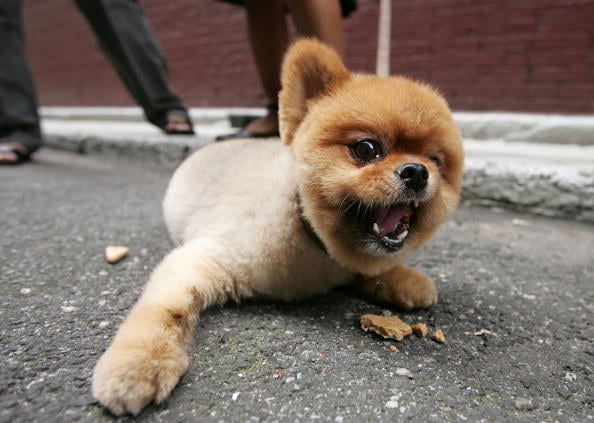 Another case where the size might fool you if you let it. Pomeranian’s like to be heard, and they love to talk. While you may think the size would mean a smaller bark, the word many like to use is “shrill” and “constant”. I would use the word cute, but that’s just me.

Another mini German dog that likes to bark at things, and rather loudly for a smaller dog. Listen, when your small, you feel the need to prove yourself. It kind of makes sense some of these smaller dogs pack a serious bark. 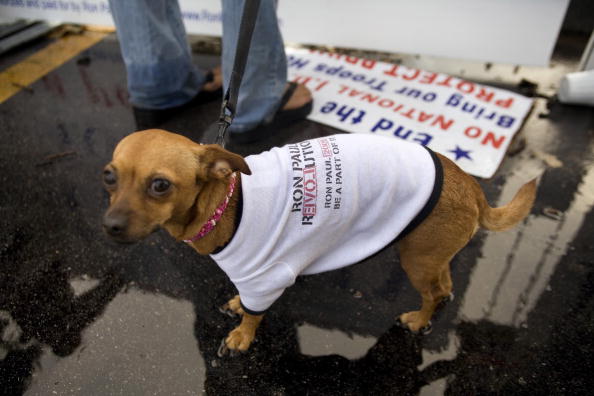 Okay, so maybe not the loudest bark in history. But still, a constant bark begins to sound like a loud bark after it has gone on for hours straight.  In the same breath, that is well-known fact about toy breeds and just one aspect of owning them. But look at that face? How can you even be mad at that face? 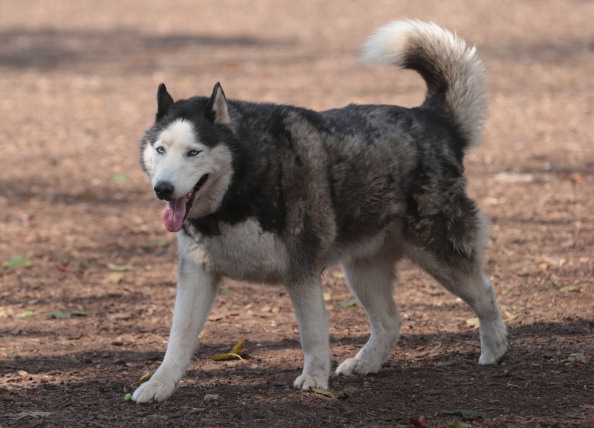 It would make sense that a dog that bred from a wolf would be naturally inclined to howl. But seriously, this howl can carry for miles and miles. It may be okay in Alaska, but some cities and towns don’t take as kindly to it.  Another dog you be wise to keep busy if you want to keep it from howling at the moon, and howling your neighbors crazy.

Naturally, most of the “hound” family are on the list, and with good reason. Bred to be hunting dogs, being loud and having a distinct bark is a big part of the hound breed. They can be easily trained and learn to manage it with a little time and care. 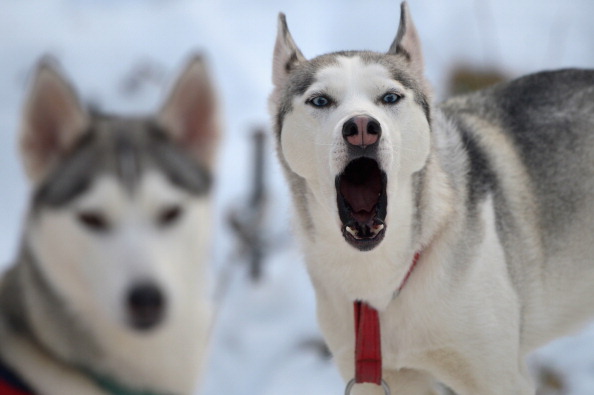 I think on the entire list, there is no better example of a perfect picture to explain what we are talking about. Huskies like to howl. They are also naturally inclined to howl very loud, in an attempt to be heard over the loud winds that are constant where they are from.

A lovely dog, but definitely a dog with one of the loudest barks or howls known to man.

Hey, we are as surprised as you about this one, but come on? The Guinness Book of World Records does not play games. So if they say that a golden retriever is the loudest dog in the world, then we roll with it. Granted, in this case they may be talking about one specific golden retriever, but still.

SO in your opinion, what is the dog breed with the loudest bark you have ever heard? Take to the comments and let us know.