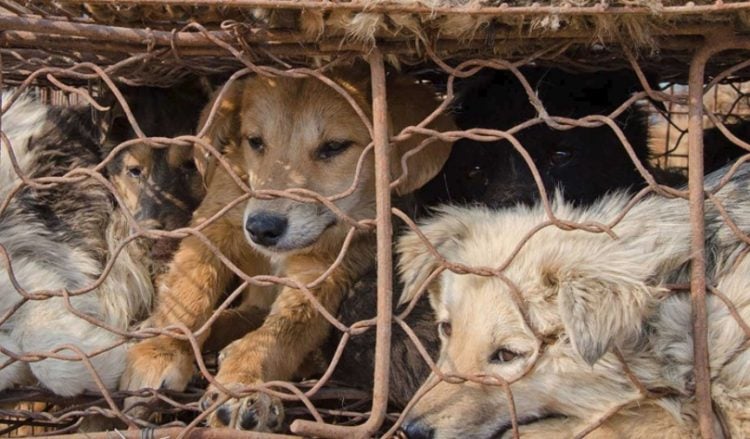 It’s horrific to think about, a dog meat farm where dogs are kept and raised to be slaughtered and eaten as part of someone’s meal. Although it may not sound like something that would be real, it is very real and it is happening in South Korea. Some restaurants have dog meat on the menu in Asian countries, but as horrible as that sounds, it is even more unbelievable to think that 44 of our own states have legalized to consume dog meat as well. It is sold and eaten in 44 states, and really only truly banned in Georgia, California, New York, Virginia, Hawaii, and Michigan. In order to protect dogs, we still have a long way to go in ending the dog meat trade. Keep reading to learn more about this disturbing business and what can be done.

Speaking out against the dog meat trade

There have been some people who have been speaking out against this practice and have made public announcements as an awareness to this problem. Athletes, Meagan Duhamel who is a Canadian figure skater, adopted a dog meat rescue dog in South Korea, as well as American Olympic skier, Gus Kenworthy. They made a YouTube video about the issue and Kenworthy adopted a dog meat rescue dog while at the Olympic games in Russia.

The Humane Society works to end the dog meat trade

Three Olympians have partnered with the Humane Society International in an effort to end the dog meat trade, not only in American, but globally. They not only want to work on the issue of teaching people about caring for dogs rather than using them as a source of meat to eat, but to teach farmers who are doing this, ways they can financially sustain their families without having to use this inhumane treatment of dogs, as a way to do feed their families. They want to teach them how to find other ways to work and earn money, “Watery deliver, or chili pepper farming,” among others. One example story is of the Gyeonggi-do farmer. This farmer raised dogs for human consumption for over a decade, now, he’s a mushroom farmer. This is one success story, and according to the Humane Society International, there are more. They have actually managed to shut down 10 dog meat farms in South Korea as of now, and because of this, 1,200 dogs were able to find homes in three countries; the US, the UK, and Canada.

Great news, but how far is there still to go?

While there are promising steps being made, there is still dog meat trading happening in Asia, including in South Korea. Dogs are still being commercially farmed there, with over 17,000 dog meat farms still active in South Korea alone. According to the Humane Society International, about 30 million dogs are slaughtered for their meat every year. This is such a sensitive subject because dogs have been culturally accepted as an eating meat for so many centuries.

In a recent study in South Korea, TESPN found that there were about 58% of the respondents of the survey who claim they do not eat dog because the do consider dogs to be a pet and not a meat for consumption. This shows that there is beginning to be a shift in the way the public is thinking, and the adoption of dog meat dogs by the Olympians who were there in the country, helped to play a role in shifting this way of thinking to the public. There is a generalized way of thinking there in the country, that dogs that are kept for meat eating are, for some reason, less desirable dogs and less worthy, than the dogs that are intentionally bred for pets. This way of thinking needs to shift gears.

This festival happens in China every June, sometime around thee summer solstice. It has become a public platform of this very topic, the dog meat debate, especially because there are about 10,000 dogs that are killed just to supply food for this event. Not only are the dogs killed for this event, but the slaughtering of the dogs is made very public. As if this isn’t horrific enough, the mentality of the people regarding the dog slaughtering is unnerving. It is believed that the more violently a dog is killed, the better their meat will be. The dogs that are headed for slaughter are kept in very inhumane conditions, in cramped wire cages on trucks, and some are so tight, in fact, that they die of suffocation or of a disease as they are in-route to the festival. Once there, they’re beaten with metal poles until they die. The majority of the dogs that are taken to the festival in these conditions and beaten, are stray dogs picked up off the streets, but there are some dogs that were stolen from their homes and still wearing their collars when they are killed.

What can we do to help end this meat trade problem?

Stephanie Bonham works for an organization in Harbin, China known as the Slaughterhouse Survivors. She is an American that works to rescue dogs from the various meat farms that still exist and her involvement with the organization started with her belief that these dogs are unlike any other dogs that she’s ever come in contact with. She says these dogs, “deserve to live the American Dream, free of fear.”

Bonham plans to travel to China at the end of April with other volunteers that work with the organization in an effort to help rescue dogs who are still at risk of being killed for their meat. She has talked about the brutality of these killings, saying that these dogs are often killed by very heinous practices, electrocution, skinning, boiling, hanging, as well as cutting off their limbs. She could not divulge the details of where she and the other volunteers will be going, specifically, as a safety measure for themselves. But she did say that the group will be going armed with toys, blankets, treats and more, for these dogs. There will also be dog collars with tags given to dogs as a way to prevent dog theft.

Not only will the group participate in rescuing the dogs, but they plan to wash dogs, clean the clinics where the dogs are, play with the dogs and help in training them as well. She says that there are hundreds of dogs that need to be freed and get out of China and into the US, which they plan to do – at least some of them. They plan to bring some of the dogs back, and transport some to France, Ireland, and Canada. The dogs they already have plans for, to bring back with them from their journey, already have rescues lined up to help find them a forever home in their designated new country.

Bonham has told her own personal story with the rescue of dog meat dogs. She explains how she already shares her own home with two dogs that were rescued from this horrific life, and says that despite of the happy outcome with her two dogs, she still has a hole in her heart. This is Bonham’s story:

“Rosie was rescued from the Guangzhou dog meat truck on its way to slaughtering 1,300 innocent dogs on June 19, 2017,” Stephanie says. “I was approved for her adoption and, on January 4, 2018, someone volunteered to be her flight volunteer from China to the US. I, of course, was ecstatic and started telling everyone. It was surreal and people from all over helped fundraise with me to get her here.”

“About two weeks before her flight, I also decided to rescue her crate mate, Floss, too. Floss (now named Zeus) was on the same truck as Rosie and has survived canine distemper. His freedom home has fallen through twice, and I decided to adopt him, too, as I didn’t have the heart to leave him behind. While I could have adopted another dog from a local shelter, these China dogs are not protected by the law and are in danger.”

“On the morning of January 4, I was getting ready to fly out to Houston to get the dogs. I got a message from Slaughterhouse Survivors, telling me something I would have never seen coming.”

“Right before she was going to get on her flight from Beijing to Houston, Rosie got spooked and ran off. It has been almost three months [since] she has gone missing and there isn’t a moment that passes that I don’t think of her. They are continuously searching for her and I have faith that she will be found and returned. I hope wherever she is that she is safe, loved and taken care of. Zeus made it safely to the US and fits in perfectly [with] our family.”

Bonham wanted to help more dogs, so she also adopted Kiwi who was rescued out of a South Korean dog slaughterhouse. Here’s what she said about Kiwi: “She is so spunky and has such a silly personality,” she tells us. “However, she was just rescued from the slaughterhouse, with one of my friend’s dogs and 70 others, on December 28, 2017, so as you can imagine, she is still learning to trust. She’s afraid of men and loud noises and thinks she’s bigger than what she really is!” 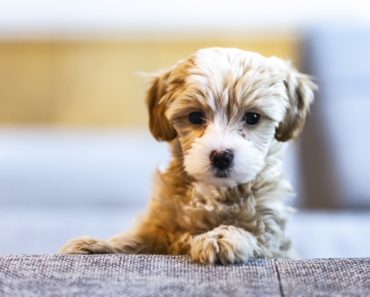 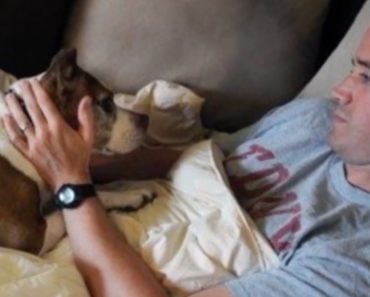 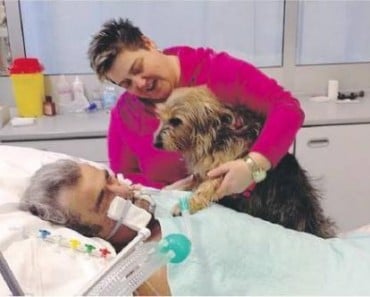 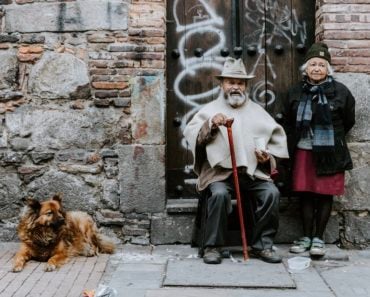 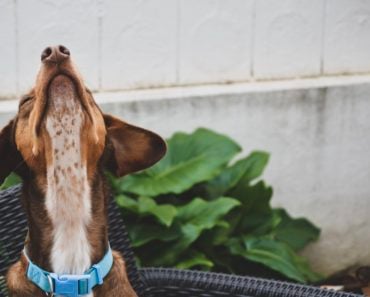 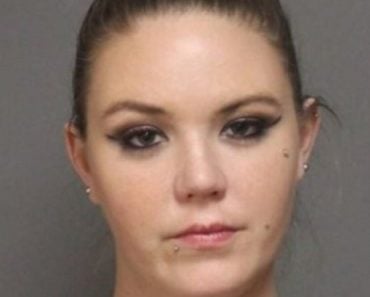