To describe a dog as a pet is to understate the importance these loving animals have to families all across the world. Dogs can be much more than a pet; they often share such a deep connection with their family that they are an integral part of the home. As well, their loyalty and love can bring people together in a way that is difficult to describe.

Such is the case of Lola, a Chihuahua who lives with a man named Roger LeClair. The two have been together ever since Lola was a puppy, and today share an incredibly close bond. LeClair is currently 93 years of age, and is a veteran of World War II. He has stated that Lola is his best friend, and in a very real way, his heart.

Although this is a heartwarming example of the love shared between a person and a dog, it nearly ended in tragedy. Lola was stolen from LeClair by a woman who pretended to be taking her to the vet. After she never returned, LeClair began desperately trying to get Lola back. His agony and sadness drew incredible support from individuals and media outlets all over the US. Thousands of people attempted to convince Lola’s captor to bring her back to LeClair where she belonged. 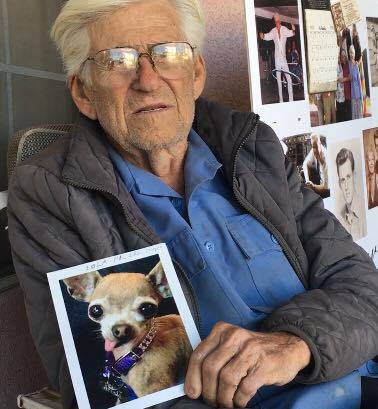 Thankfully, a teacher spotted Lola in her school’s yard nine days after the dog was stolen. She brought Lola back to LeClair, making his family whole once more. He has described the reunion as one of the happiest and most important moments of his entire life. For a person who has fought for his country in the most devastating war in history to express this sentiment reveals just how important a dog can be.

While this may seem like a happy ending, the story continues to be more and more heartwarming. After the news broke about Lola’s disappearance, many individuals were motivated to help LeClair find his dog. However, perhaps the most motivated of all was another veteran named Byron Holtzclaw. He could see the love that LeClair had for Lola and understood the heartbreak that he would experience if the dog was never found. This led him to gathering $5000 as a reward for the dog’s return.

When Lola was safely brought home before Holtzclaw could advertise the reward, one would expect him to simply put the money back into his account. However, it seems the bond between Lola and LeClair was simply too powerful to ignore. Instead of keeping his money, Holtzclaw is using it to pay for Lola’s food for the rest of her life.

This is one of the most heartwarming and inspiring stories that one will come across. It is a perfect demonstration of how the love that is exchanged between a person and a dog can bring people together. In this single, harrowing instance of Lola’s abduction, the media and public came together to help LeClair be reunited with his dog. With support from the news, social media, the teacher who saved Lola, and a fellow veteran, LeClair’s heart has been mended and his home is complete once more. 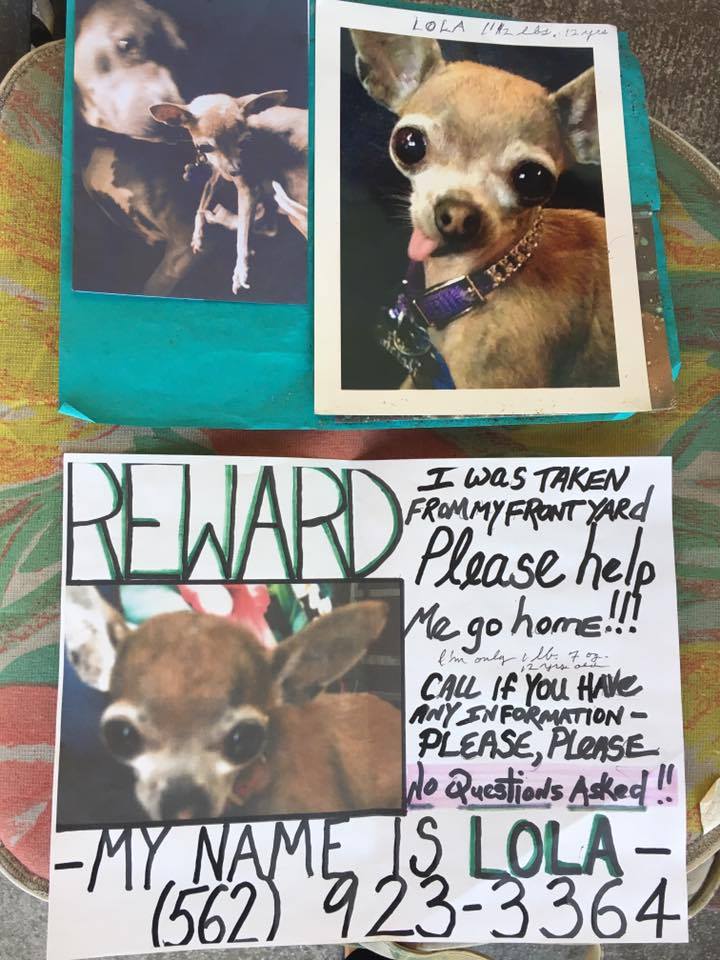