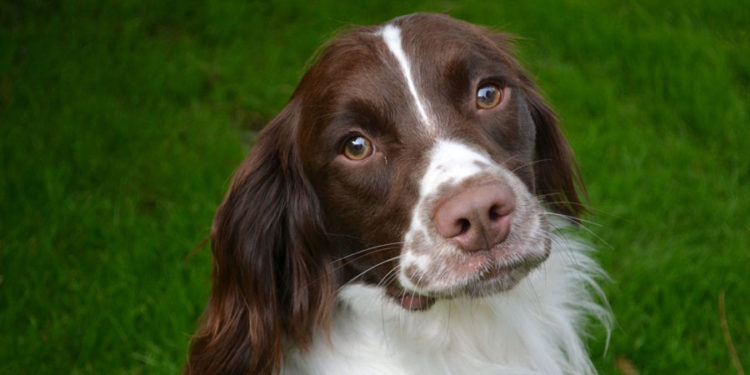 Springer Spaniels are in the Spaniel lineage and are medium-sized, compact dogs that have average length fur that feathers on the legs and chest. They are affectionate, excitable, and have a lot of energy. The breed was originally bred for hunting, to flush out and retrieve game for their owners. Today, they are often seen in different types of shows and obedience competitions. These dogs make good family pets, and many people own them for their ability to learn quick, obey, their loyalty, and especially for their adorable, and fun personalities. Dog owners love to video their furry little friends and capture their little antics on tape, and this is a breed that is full of personality and antics. If you love the Springer Spaniel breed, then you will love the following videos. Here are five of the most adorable Spring Spaniel videos of 2017.

Millie was chosen to get a new, forever home, and this video of Millie getting to see her new home and meet her new forever family is adorable. Watch this video to see how Millie does and reacts to her new home, and meeting her new furry friend, the poodle. She gets the sniff-down by the poodle, who is just as curious about her, and she is about the poodle. After checking out her new digs, Millie seems to soon meld right in with the family and new brother, and soon, the two look as if they are going to be good friends. Watch this adorable video to see how one of the cutest Springer Spaniel pups gets a new home.

4. Kayaking with a Springer Spaniel

Lots of people love to do outdoorsy things with their dogs. They take their dogs hiking, biking, camping, and other adventures. Here’s one Springer Spaniel who loves to kayak, and one of his kayak adventures was filmed by his owner and it is one adorable video. Watch how this pup balances on the front of the kayak, swims, even falls in the water a time or two. But don’t worry, he’s protected with his little doggy life vest. This video will make you want to run out and get a Springer Spaniel for yourself, just to go out and have adventures with him.

3. Springer Spaniel tries to say I love you

If you have kids, then you know how precious it is when you hear them say, “I love you.” But can you imagine if your dog told you that they love you? Teaching a dog to tell their owner that they love them, is one of the sweetest “tricks,” there is. There is something about a dog who can make their voice mimic those three words. Well, here is one of those dogs that can say these little words and it is adorable. Ok, well, we all know he’s not “really” saying them, but it is as close as you can get and you have to watch the video to see for yourself. Here’s one of the cutest Springer Spaniel videos.

2. Springer Spaniel playing in the snow

Kids, dogs, even grown-ups, love snow. There’s something really magical about snow. It’s energizing and puts you in a playful mood. Apparently, that’s exactly what it does for this Springer Spaniel. It puts a spring in this pups step, and you will see that when you watch this video. This little guy gets out in the snow and it’s very obvious, that he loves snow. Watch this beautiful Springer Spaniel have the time of his life in the snow. You have to wonder, when you watch a video like this, what exactly is going through their little heads when they see something like snow? And what is it about snow that makes a dog….crazy? It’s too cute, no matter what it is, so take a look at this video and watch this Springer Spaniel live it up in the snow.