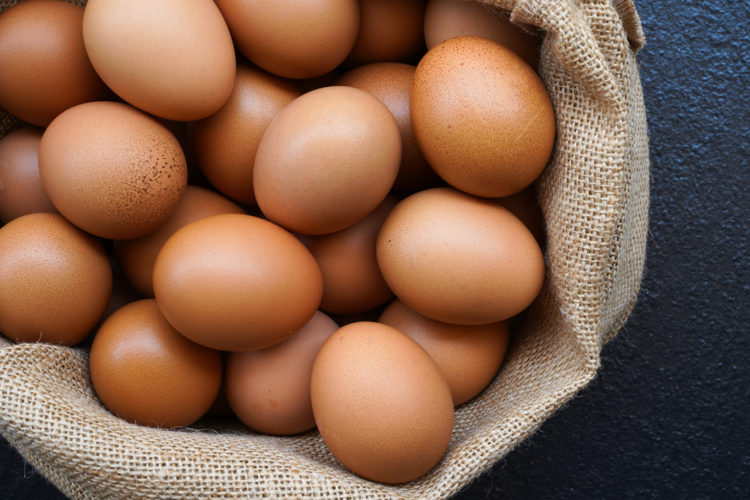 Eggs make for good eating. As a result, it is natural for dog owners to wonder whether their dogs can eat eggs as well. If they are curious, they should know that this should be fine so long as this happens in moderation. After all, eggs contain protein, vitamins, and other nutrients that are beneficial for our canine companions. However, eggs can be fattening as well, which is why it is best not to overdo it.

Dogs Can Have Egg Allergies

Speaking of which, it is a good idea to start out by feeding a small amount of eggs to the dog. This is because dogs can have egg allergies, meaning that it is wise to test how they react to eating eggs just in case. As for the symptoms of egg allergies, those include but are not limited to coughing, wheezing, vomiting, itchiness, and inflammation. Be warned that it is possible for dogs to experience anaphylactic shock as well, which can be recognized by symptoms such as seizures, cold limbs, breathing problems, elevated heart rate, and low blood pressure. As such, if dog owners see their dog experiencing these symptoms after eating eggs, they should get their canine companion to the veterinarian as soon as possible.

Eggs Are Good As Snacks

Eggs are good snacks for dogs. The exact amount of eggs that should be fed to dogs can see enormous variation from animal to animal, which makes sense because of the enormous variation in their size, their activity level, and other relevant considerations. After all, a suitable amount of eggs for a Great Dane is not going to be the same as a suitable amount of eggs for a Chihuahua, not when the former is bigger than the latter by several times over. Generally speaking, a daily egg should be the limit, though this is something that should be discussed with a veterinarian as mentioned earlier. Otherwise, well, suffice to say that eating too many eggs can result in gastrointestinal issues in the short run as well as obesity in the long run.

Every Part of the Egg Is Edible

As strange as it sounds, every part of the egg is edible for dogs. In fact, there are dog owners who just straight-up give whole eggs to their dog. However, that might not be the best idea for a number of reasons. For example, that is pretty much guaranteed to cause a mess, which they will have to clean up afterwards. Furthermore, the dog might not chew the egg very well, which can be a problem if they swallow sharp pieces of eggshell. Instead, if dog owners want to include the eggshell in their dog’s diet, it might be better to crush it before sprinkling the results onto the dog’s food. Besides this, it is interesting to note that egg whites contain avitin, which inhibits an important nutrient called biotin. This means that if a dog eats egg whites and only egg whites for a long period of time, it could experience a nutritional deficiency. Fortunately, that doesn’t happen a lot because egg yolks are an excellent source of biotin.

There Are Arguments For Both Raw and Cooked Eggs

There are people who argue for raw eggs as well as people who argue for cooked eggs. The argument for the first tends to focus on the idea that raw eggs are the most nutritious because cooking destroys some of the nutrients. Meanwhile, the argument for the second tends to focus on the idea that cooked eggs are safer because raw eggs can contain salmonella. That tends not to be a huge issue for dogs with strong immune systems. However, those with weaker immune systems are at more risk. In any case, if dog owners choose to feed raw eggs to their dog, they should keep a watchful eye out for symptoms of salmonellosis such as fever, diarrhea, vomiting, loss of appetite, and lethargy. Suffice to say that if they see these symptoms, they should be visiting the veterinarian as soon as possible.

As for how people should be cooking the egg if they choose to feed cooked eggs to their dog, the easiest method would be just boiling the egg. This makes for the least mess. Better still, this means that the egg is just an egg because it won’t be cooked with anything else that can alter its effects on the dog. Anything that is excessively oily is a bad idea for dogs. Furthermore, there are some seasonings that can be straight-up poisonous to our canine companions, meaning that boiled eggs are both the simplest and the safest option.

What Are Some Other Human Foods that Dogs Can Eat?

If dog owners are interested in other snacks for their dog, they should know that there are other human foods that are suitable for canine consumption. For example, salmon can be a great sometime food for dogs, though interested individuals should make sure to cook it because raw salmon can contain parasites. Similarly, apples can be surprisingly beneficial as well, though they require additional processing. Essentially, dog owners should remove the cores because the seeds contain cyanide. Furthermore, they should cut the apple into smaller pieces to minimize the chances of their dog choking on the fruit.