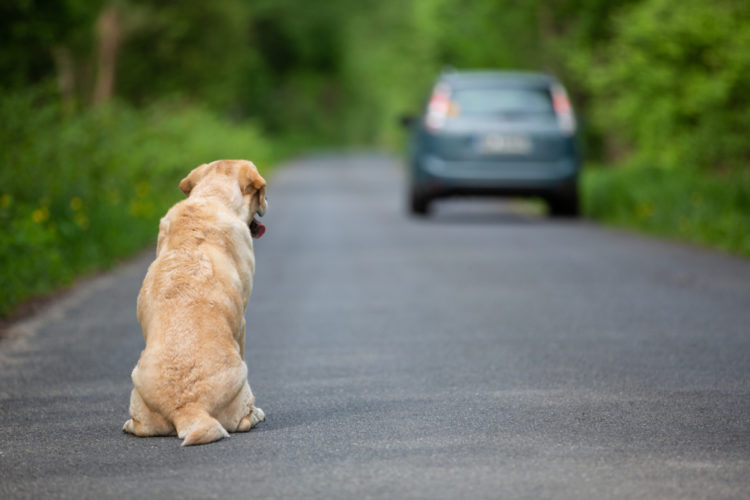 There is an epidemic of abandoned pets throughout the world. When lockdowns forced people to leave their jobs and stay in their homes, many adopted dogs and cats. When the world started to reopen, some of these new owners lost interest in their pets when they returned to work. This created a rash of abandoned dogs and cats. We recently learned about a heartwarming story about a needy dog that found its forever home. Fox News shared the story about an abandoned dog who got the attention of a couple most uniquely and touchingly.

Couple adopts abandoned dog after it was chasing their car

Marina Russo and her partner were driving through the Spanish mountains one day when they saw a small dog. The animal was chasing them. He stayed behind their car and didn’t fall back or stop running. The couple initially thought the dog was playing a game with them, but after a while, it became apparent that the dog meant business and refused to stop. There were no houses nearby and they thought it odd that a small dog would be so far out of the way by itself.

Moved by the situation

Russo and Fil pulled over and let the dog catch up to them. They gave it some water, then loaded it into the car with them. When they came to the various villages along their route, they inquired to see if anyone there was looking for the dog. When nobody claimed the dog, they returned to the spot they found her and waited to see how she would respond. When they pulled away, the dog continued to chase them. With no one to claim the pooch, they took her home with them and went to the local vet. The dog had no microchip which made it difficult to find out who previously owned her. After weeks of advertising on social media, nobody claimed the dog. Russo adopted the small pup and it is now a member of their family.

The Russo family stepped forward to take the time to help an abandoned animal in need. It’s unknown how many cars drove by while the desperate animal tried to get help. If they had not taken pity on her and took her in, the odds are against a happy ending. Most abandoned animals are either ignored or come to a grim end on busy roadways. The need to help is immense.

What you can do to help

One Green Planet offers some suggestions about how people can help to resolve the suffering of abandoned animals. If you can adopt an abandoned dog or cat, that will solve the problem of one lonely animal in need of your help. If you can’t there are a lot of other ways to reach out and make a difference.

Volunteer at an animal sanctuary or shelter

Animal shelters are usually short-staffed and could benefit from your time and efforts. There are lots of jobs that need to be done, depending on the shelter and its protocols. You could volunteer to feed, water, or spend time with animals in need of love and attention, or help socialize them in preparation for adoption readiness. Many other jobs need to be done to help the animals under care at these shelters. You may even come up with some ideas of your own about how to best help.

If your circumstances allow, fostering dogs or cats is a rewarding experience. You take them into your home and help give them the love and care they need until they are placed in their forever homes. This helps to prepare strays for life with a family, and it also gives them time to adjust to life with people again. If you cannot make a forever commitment to a pet, this is the next best thing. You agree to care for a pet as though it was your own for a specific time.

Help with a TNR Program

The feral cat problem is tremendous. Helpless cats are either abandoned or are born in the wild and have no one to look after them. Trap, Neuter, and Release programs use volunteers to trap feral cats, bring them in for vaccinations and spay or neuter them, then return them to the area they were found. It stops the breeding of feral cats and lowers the population. These programs often include stocking feeding and shelter stations for cats living on the streets. If there is a program in your town, you could volunteer to help feed these starving animals or support the program with funding. Every monetary donation helps to pay for the medical expenses involved with the spay and neuter process.

Another worthy activity you can become involved in is a fundraiser for your local no-kill shelter. Animal rescues are often limited in the number of dogs and cats they can serve due to funding constraints. Helping them with your time or money can help to make room for more abandoned animals in need of food, shelter, and medical care. Choose an animal charity that you believe is doing a good job of helping to alleviate the suffering of abandoned pets, make contact, and find out how you can best help them reach more vulnerable animals and take action.

The dog that chased Marina Russo helps us stop and think about the millions of dogs and cats who are abandoned and alone. They are frightened and desperate for someone to help them and to love them. We can all make a difference and lend a helping hand in some way. Whether it’s giving of your time to help out around a shelter, fostering an abandoned pet in your home, or helping to raise funds for pet rescues, any effort will make a big difference in the lives of helpless animals who are waiting for someone to reach out and help them. 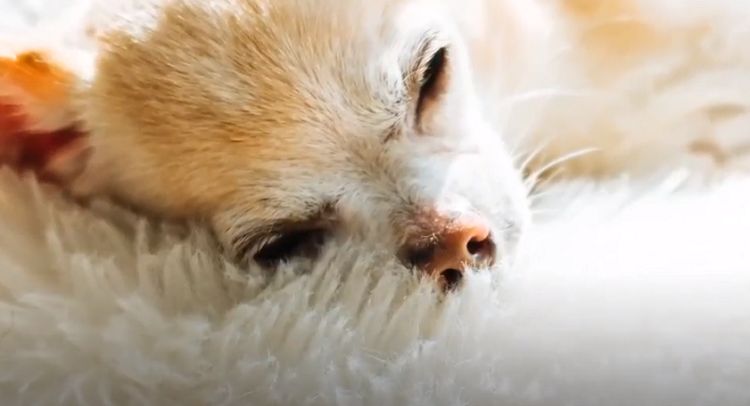 Training your dog can be a difficult task. There are many schools of thought on the various behavioral and disciplinary techniques that get a dog to respond in a way that is conducive to good… 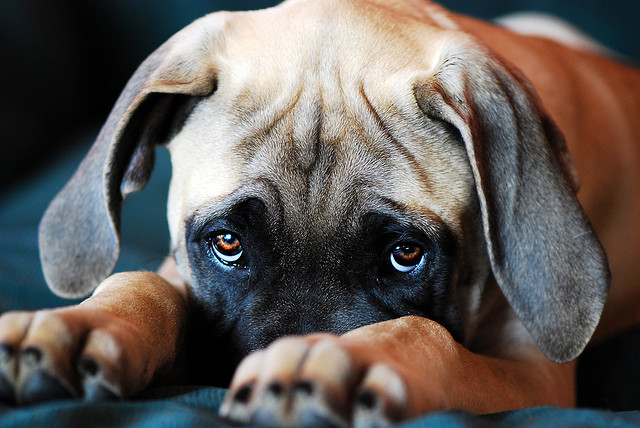 When your dog is ill, the sooner you intervene, the better. While lethargy and changes in appetite and elimination patterns are easily detectable, other signs of illness may slip under the radar for months on… 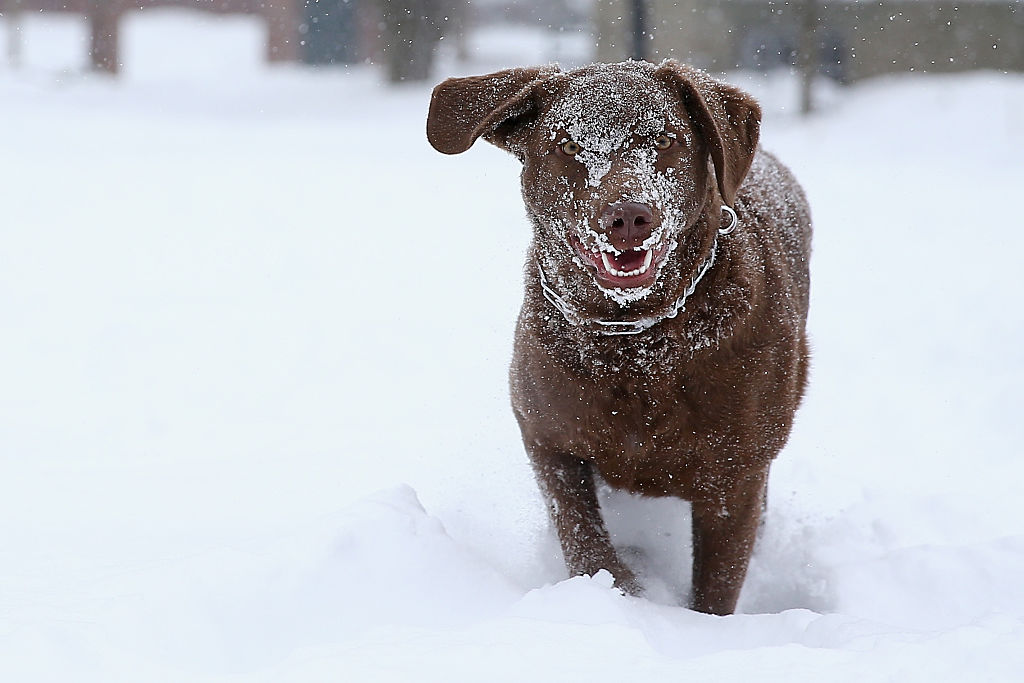 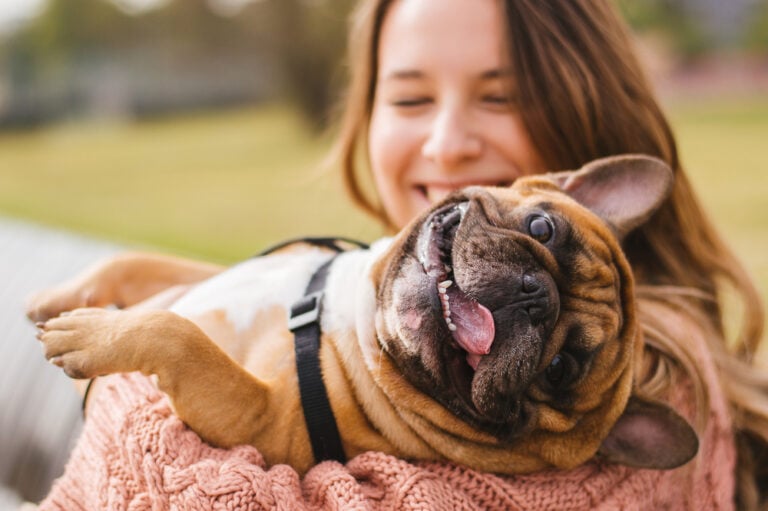 Dogs are considered to be either Canis familiaris or Canis lupus familiaris. As such, while they are descended from wolves, it should be clear that they aren’t 100 percent the same as wolves in a…