Humans have a way of communicating with their dogs in ways they don’t even realize. You may not fully understand how your dog thinks and visa versa, but dogs and people have a special bond that there is no denying. You know his growl of anger, or when it’s done out of fear. You can tell if he’s in pain or if he’s feeling sullen or depressed. It should come as no surprise that most dogs can understand the same cues from the people that they love and share a home with. Of all the creatures in the animal kingdom, people and dogs have the most profound connections with one another.

How do we know these things?

This phenomenon happens with people who were raised around dogs, or who have at least had some type of interactions with them from an early age on There is a small segment of the population who don’t want anything to do with them and even view dogs as a nuisance or a threat. For the rest of us, it just happened naturally from our mutual exposure to each other. For hundreds of years dogs have been there to work beside us and to keep us company. They’ve formed a loyalty to us and most dogs are eager to please the people they love. Our lives have been so intertwined over the decades that we take it for granted that dogs are a part of our lives and we in turn feel a loyalty for them, for all the unconditional love and protection they give to us. Most families will tell you that their dog is a member of their clan. It’s a lifestyle and learned behaviors on both parts. Our connection has been formed through our mutual dependence on each other and it’s blossomed into a familial feeling that goes both ways.

The importance of dogs in antiquity

The relationship between dogs and humans can be traced back to ancient times. As far back as 14,000 years ago and even earlier, proof of owners being buried with their dogs has been unearthed. This shows that the evolution of the canine to human relationship is certainly nothing new. Could it be that these ancient people didn’t even want death to come between them and their beloved pets? We think it’s highly likely. 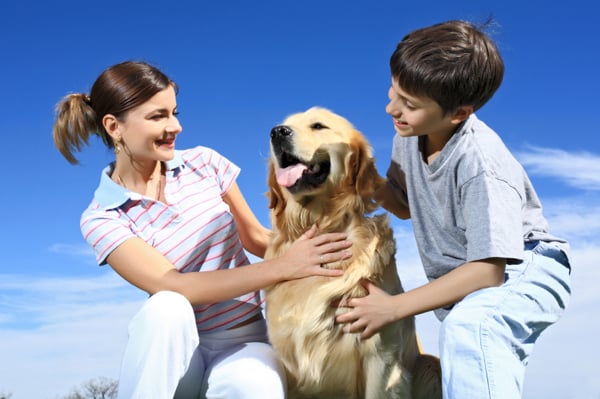 The microscopic difference that separates dogs from wolves

It’s common knowledge that wolves can only be socialized to a certain point before their natural instinct to distrust humans kicks in. Studies have been launched to try to identify why these close relatives of the dog do not share the same enthusiasm for people as their domesticated counterparts. Genetic testing shows that 99.9% of the mitochondrial DNA comes from the mother, but there are just enough genetic differences to account for the wide gap in personality traits between the two species. The particular chromosomes that mark a predisposition towards socialization in dogs are found in the same place on humans. They’re different in wolves and this suggests that humans and dogs are compatible on a genetic level, whereas wolves and people are not.

There is little doubt that there were wide gaps in the genetic makeup of certain canine breeds. As they became used to people, they slowly evolved into the attention loving pets we know today. The other wild dogs including jackals, dingos, wolves and coyotes, didn’t have the disposition towards friendliness, so they avoided man and upon being caught, were difficult if not impossible to socialize or train. The die was cast and from the time dogs earned to trust man and interact with this species, they started on the evolutionary road to domestication. 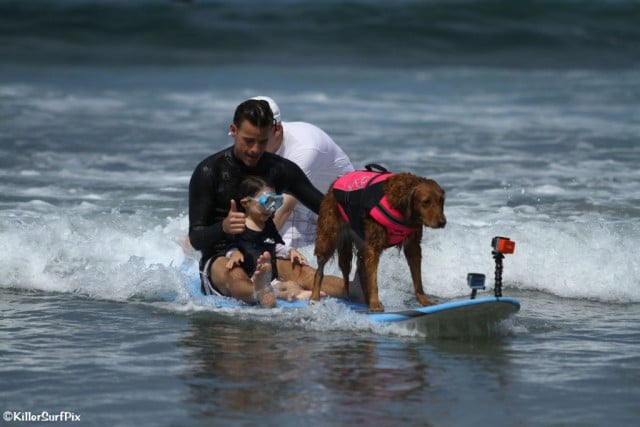 What we know about the connection between dogs and people is that there is a microscopic genetic similarity that is responsible for a tendency to develop socialization skills. The early humans who first connected with these special canines didn’t have this knowledge. It poses the question of how they knew that certain breeds were capable of forming a kinship? Is this something that is inborn among certain species, or was it strictly though centuries of exposure? It’s possible that a combination of both occurred as dogs were used to help man and were rewarded for their efforts.

We can use science to determine the genetic influences that make it likely for some dogs to connect with humans, but there is much about the development of our relationship with them from antiquity to present day that we can’t explain fully. Is it enough to simply understand that we love our dogs and they love us as much or more in return?