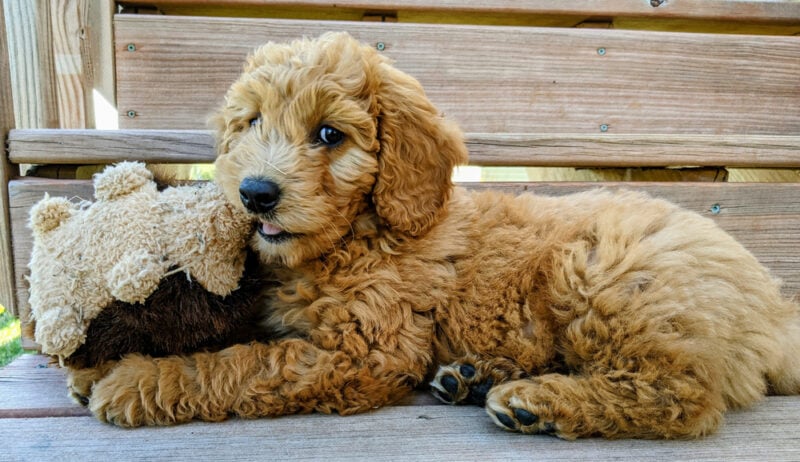 Goldendoodles are designer dogs descending from Golden Retrievers and Poodles. Due to that, they possess a somewhat unpredictable mix of characteristics from both sides of their ancestry. However, since both Golden Retrievers and Poodles consistently make great pets, Goldendoodles also consistently make great pets. If people don’t want to get one of these dogs for whatever reason, they have plenty of similar-acting and similar-looking alternatives. 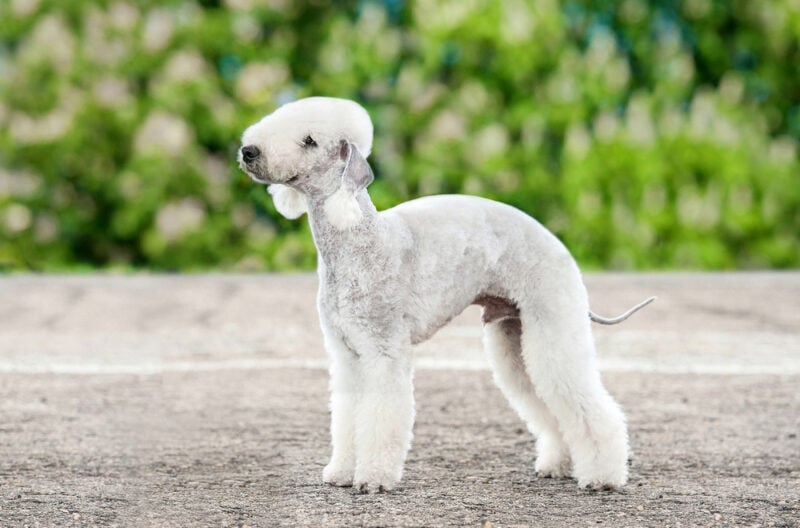 Bedlington Terriers are very distinctive-looking dogs. To an extent, that is because of their egg-shaped head. Said feature isn’t unique to these dogs, but it is still a strange and striking sight. With that said, Bedlington Terriers are even more recognizable because of their remarkable resemblance to lambs. Much of that comes from their shaggy coat, a mix of hard and soft hairs that start dark but lighten up over time.

Personality-wise, Bedlington Terriers take after a different animal. Specifically, the AKC says the Bedlington Terrier Club of America boasts about these dogs taking after lions. Fortunately, they are talking about symbolic lions rather than real lions. Otherwise, it is hard to imagine anyone wanting one of these dogs. After all, real lions don’t have the most admirable set of behaviors from a human perspective. Meanwhile, Bedlington Terriers have more than enough strengths to compensate for their weaknesses.

As a rule, these dogs are brave and tenacious. Those characteristics make them very well-suited for hunting vermin. The issue is that those characteristics have also sometimes seen these dogs get into dog-on-dog fights with their dominant counterparts. Something that won’t necessarily go against Bedlington Terriers because they are much better fighters than what their lamb-like appearance would suggest. Despite this, these dogs are soft and mild towards their human family members. As such, they are more than capable of being household pets, though they will need some way to work off their excess energy. 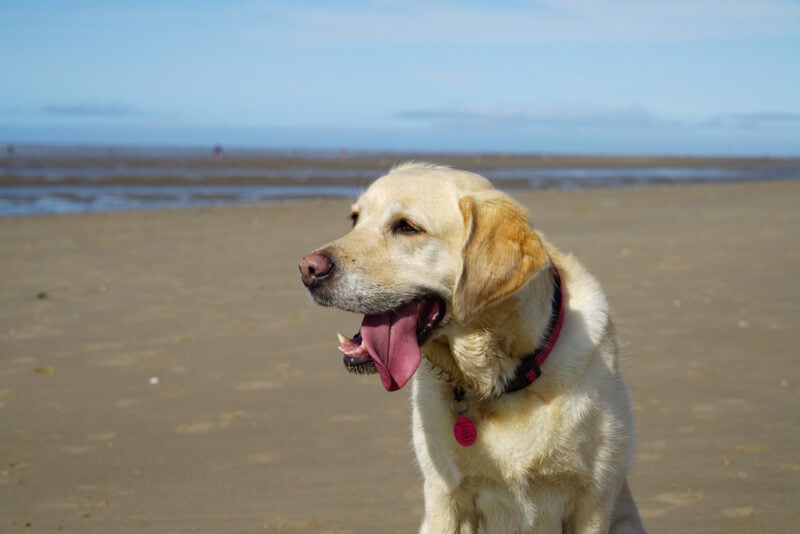 Goldadors are also designer dogs. In their case, they descend from Golden Retrievers and Labrador Retrievers. Reputedly, Goldadors are amazing family dogs that get along well with everyone. On top of that, they also do well as guide dogs, service dogs, and in other working roles, which is wholly unsurprising considering their ancestry. 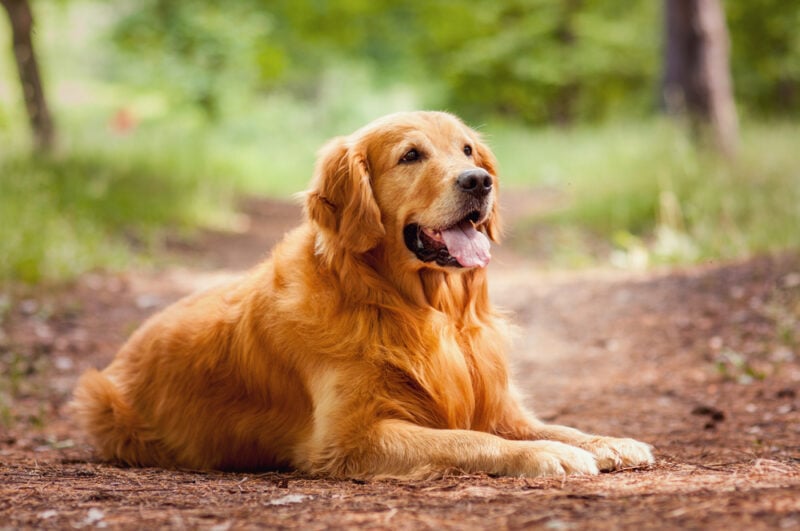 People used to tell exciting tales about how Golden Retrievers came into existence. Then, a couple of individuals published a very detailed and thus very informative studbook from their creator Sir Dudley Marjoribanks, which made it clear that these dogs descend from a Flat-Coated Retriever with a yellow coat named Nous. Of course, Golden Retrievers aren’t just Flat-Coated Retrievers with yellow coats. They also descend from other dog breeds such as Tweed Water Spaniels and Labrador Retrievers.

Origins aside, Golden Retrievers are some of the most popular dogs on the planet. Marjoribanks intended them to be the ultimate retrievers. The same characteristics that made these dogs well-suited for their titular task also made them well-suited for a wide range of others. Their popularity as guide dogs and therapy dogs proves it. Simultaneously, plenty of people like Golden Retrievers as household pets.

These characteristics are the same reason Golden Retrievers see so much use in designer dogs. After all, they are smart, obedient, and gentle-mannered animals. Even if people don’t necessarily like their appearance, many of them like that combination of characteristics. Designer dogs are an obvious way for people to have their cake and eat it by getting a dog that looks like one dog breed while behaving like another. 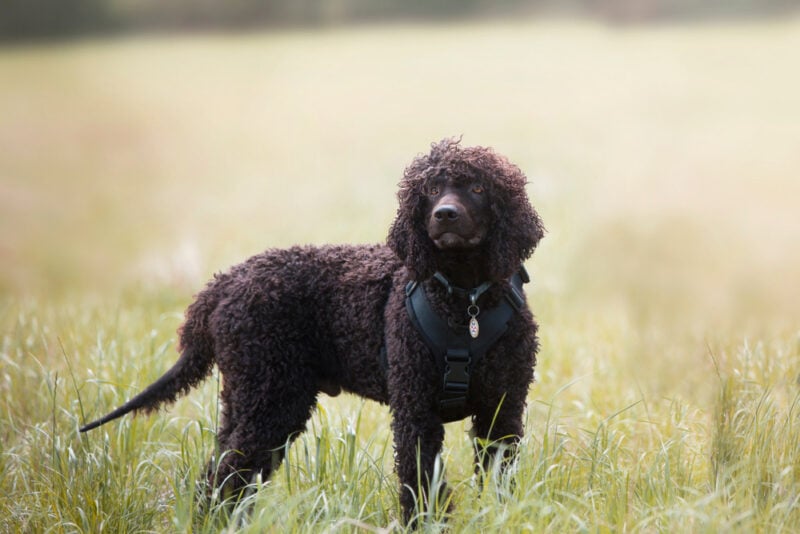 Generally speaking, Irish Water Spaniels are eager to please their human family members. The same is less true for other humans and other animals. Some of these dogs are suspicious of strangers. Similarly, some of these dogs are unreliable around smaller animals. Still, Irish Water Spaniels are capable companions, though their energy level is a bit of a mixed bag for interested individuals. These dogs need at least an hour of daily exercise, so they are better for people with an active lifestyle than those without one. 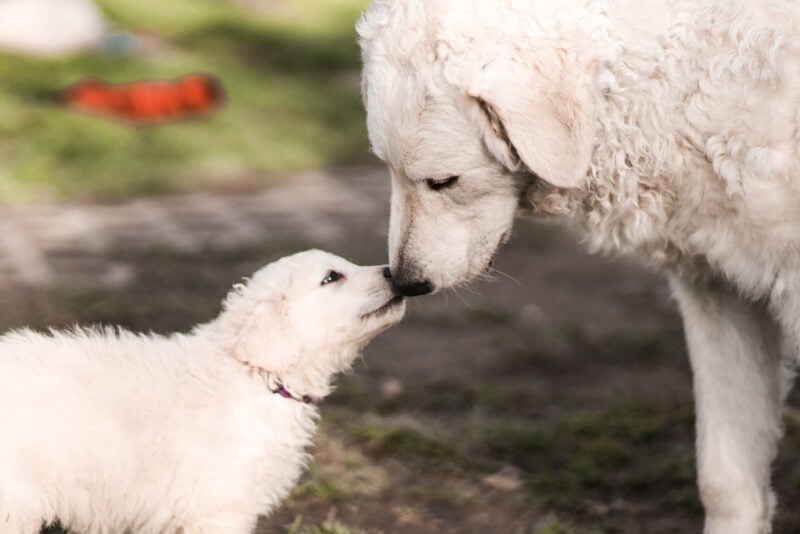 Historically speaking, people took their livestock very seriously. That makes sense because their continuing survival often depended on the well-being of their livestock. For instance, Silk Road Seattle says nomads relied on meat and milk-based products while supplementing those with other sources of food. Even when people weren’t reliant on their livestock to that extent, they still cared because their livestock represented wealth. Under these circumstances, it is no wonder that a wide range of cultures bred their livestock guardians for courage, reliability, and initiative.

Once upon a time, the Hungarians were nomadic pastoralists. When they settled in what is now Hungary, they continued to rely on their dogs to watch over their livestock. Moreover, they also entrusted some of those same dogs with other vital responsibilities such as guarding and hunting. The Kuvasz is a direct descendant of those dogs. Sadly, its numbers plummeted during World War Two, so much so that they were down to the low double-digits by the war’s end. Enthusiasts ensured their survival, but the nature of their work meant there were necessary compromises. These dogs have a small gene pool. Some people also speculate that they aren’t purely descended from the ancestral Kuvasz because some dog breeders might have used imported dogs.

Whatever the case, the Kuvasz is a solid choice of dog. They are very dedicated to their families. In contrast, they are much more suspicious of strangers. Both of these things make perfect sense considering people expected the Kuvasz to take on serious threats to their charges’ well-being. Interested individuals must be capable of treating these dogs in a firm, consistent manner while winning their respect. If they make mistakes with training and socialization, they could wind up with a fearful or even aggressive dog of considerable size and strength. Something that will mean trouble for them and potentially for people around them. 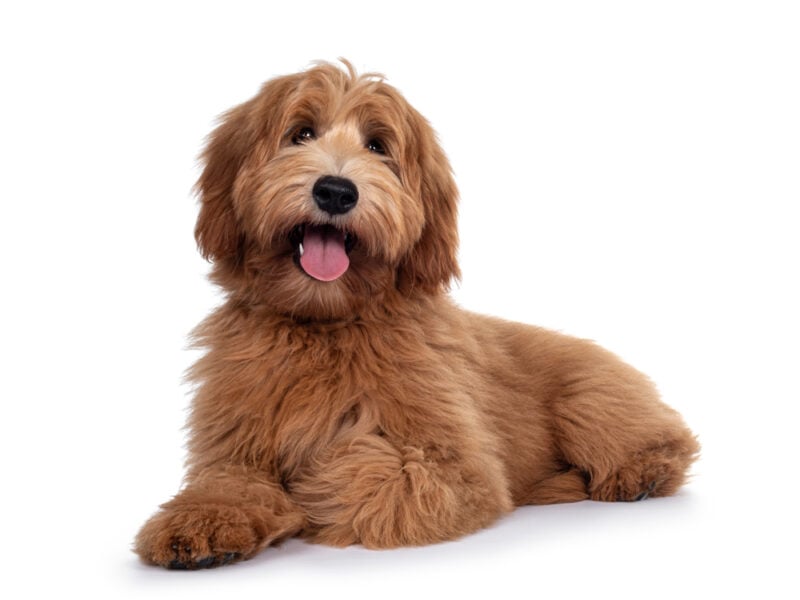 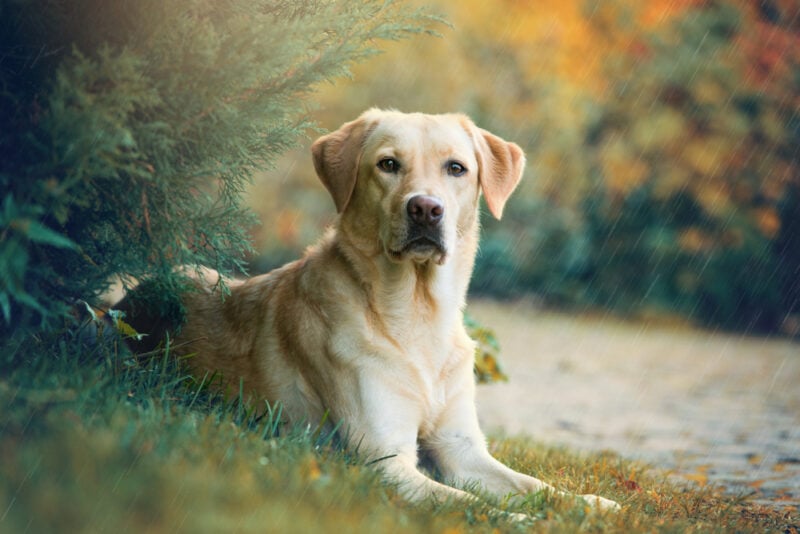 Like Golden Retrievers, Labrador Retrievers are friendly creatures with a fair amount of brains. They are a great choice of dog for people who like to have fun. Sadly, they are less well-suited to people with a sedate lifestyle because of their need for exercise. 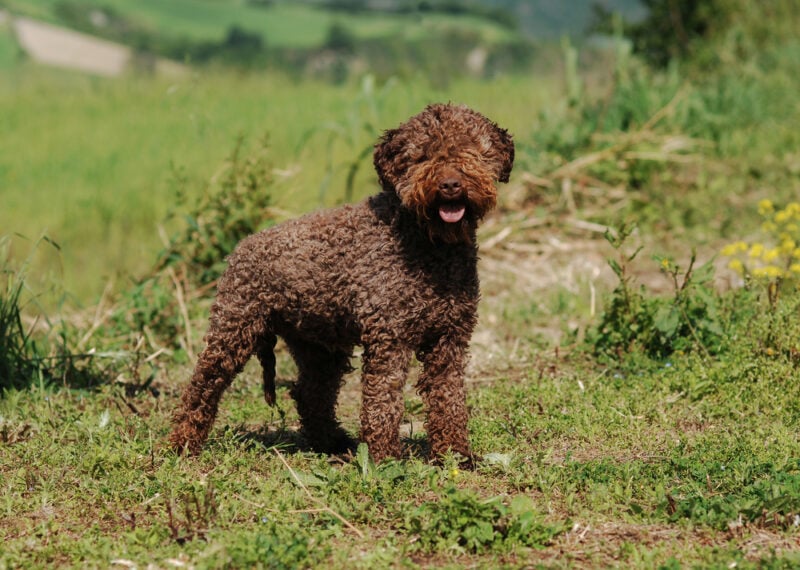 The Lagotto Romagnolo came into existence in Italy’s Emilia-Romagna. Specifically, it traces its roots to the eastern part of the Romagna region, which is marshland because the Po River splits into a wide delta towards the end of its course. As such, the Lagotto Romagnolo started as a water dog. Its name supports this. The first part comes from the Romagnol can lagòt for “water dog.”

Of course, a dog’s original role isn’t necessarily indicative of a dog’s modern role. For proof, interested individuals can look at the dozens and dozens of working dogs that are now pets more than anything else. In the case of the Lagotto Romagnolo, Robb’s Report says it sees much use for truffle-hunting in Northern Italy. Theoretically speaking, any dog with a good nose could do the job. Once upon a time, people used female pigs for the task, though Modern Farmer says the practice has waned because female pigs are too hungry, too noticeable, and too damaging to the mycelia of the treasured fungus. The Lagotto Romagnolo stands out because it has undergone generation after generation of selection for truffle-hunting. That selection gives these dogs a real advantage compared to relative newcomers. 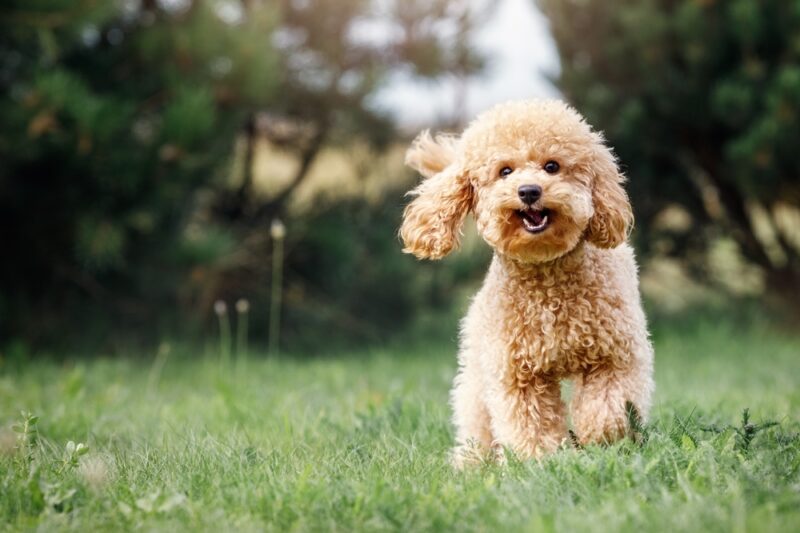 In other respects, Poodles are well-liked for much the same reason as the two retrievers on this list. They are smart but obedient. Better still, they are fond of their human family members, thus making them a wonderful addition to the family. 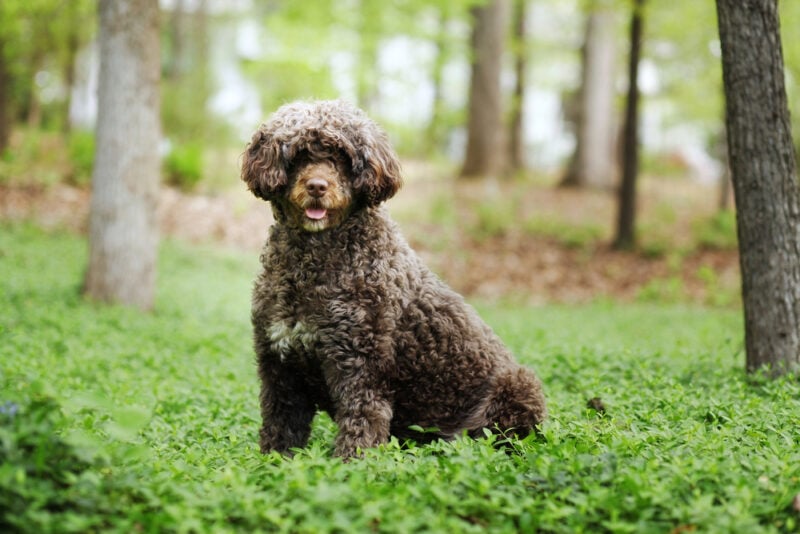 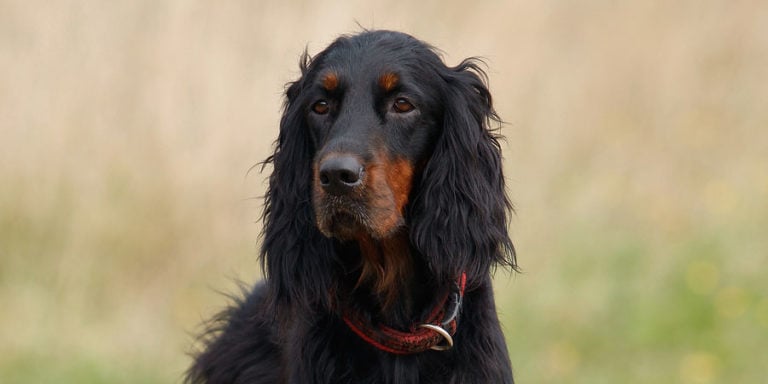 The Gordon Setter is a breed of gundogs meant to be used for hunting game-birds. However, it is important to note that while these dogs are bold and resolute out in the field, they are…

There is always a certain level of fascination that comes along with the English Mastiff. It’s a big dog, and big dogs sometimes garner more attention than others simply because of their size. This is…

One of the hottest new designer dogs on the market today is the Great Dane Poodle Mix.  This very large dog breed is also known as the “Danoodle” but isn’t recognized as a standard breed. … 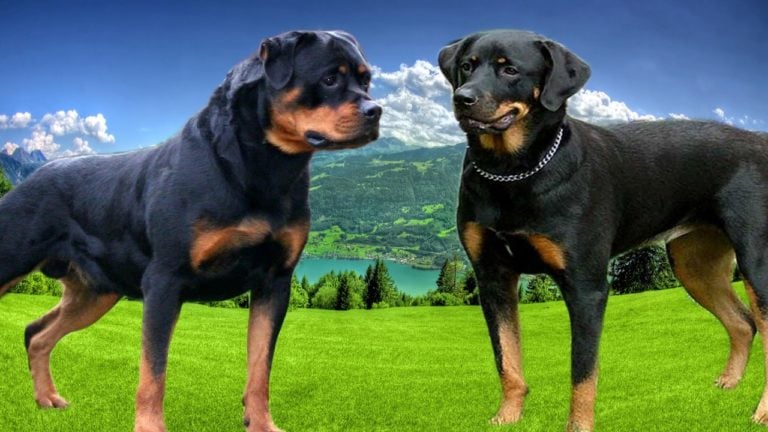 Rottweiler’s are one of the most powerful breeds of dogs. They are a large breed with strong, muscular bodies, short black and tan hair, docked tail, and distinct looking face. They are tough breed, hard…