During the holiday season, people often take the opportunity to go and visit their families. This means that the roads are considerably busier during this time and this increases the risk of road traffic accidents. A man from North Carolina was one of the unfortunate people to become involved in an accident during the holiday season. What made his accident worse was that it resulted in his precious dogs going missing. However, the community was on his side to help him out of his predicament. According to I Heart Dogs, Brian Shelton was traveling from his home in North Carolina to his parents’ home in New York. His two dogs, Caleb and Ena, had gone along with him as his traveling companions. The trio was driving through Montgomery County, Maryland, along the Interstate 270 overpass. Suddenly, his truck was struck, destroying the front end of his car.

A bystander who had witnessed the accident ran over to check if Brian was alright. They opened the passenger door to speak to him, not realizing that the two dogs were in the car and were shaken up by the accident. When the opened the door, the Pit Bull and Chocolate Labrador both shot out of the car and ran off. Brian was lucky that he had only suffered minor cuts and bruises in the accident. The incident had also left him feeling shaken. However, he was more concerned about what had happened to his dogs than about his own welfare at that point. The thought that they had gone and that he may never see them again left him feeling heartbroken. Speaking about the incident to the Washington Post, Brian said that he began searching for the dogs from dusk until dawn.

Aa a firefighter, Brian knew that this type of situation needed a combination of hop and persistence. He also knew that he had more chance of finding his beloved dogs if he had a little help. This is what inspired him to use social media as a way of letting people know about his search. He knew that if people were made aware of the missing dogs, they may offer to help or keep an eye out for them. Brian felt that having other people on his side was his only hope of having his dogs returned. It was because of his social media posts that an organization called Lost Animal Rescue Group  became aware of Brian’s situation. They decided to offer their support and their volunteers pulled together to help with the search. They also made flyers and documented any sightings of Caleb and Ena. 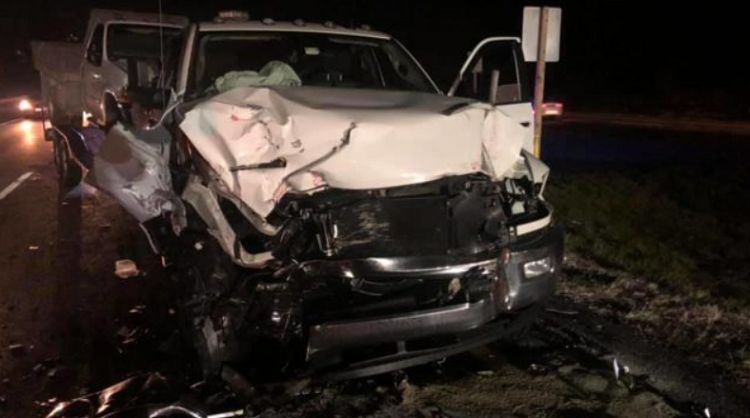 Other strategies they used were sending out trail riders on horseback to look for the dogs and setting up traps with food and cameras. Brian also put out one of his T-shirts, hoping that his dogs would recognize his scent and come back to him. All these strategies failed, including when they left some food from KFC out for the dogs. Instead, they decided to use a drone to look for the dogs as this would give them a better view of their search area from a bird’s eye perspective. At one point, Ena was within 50 feet of Brian but she was reluctant to come forward. This was because she was in survival mode and was scared to get closer even when her owner was shouting her name. Brian decided to make whimpering noises as though he was in distress. He believed that if Ena thought her owner was suffering, it might snap her out of survival mode. Surprisingly, this strategy worked and Ena moved forward to check if her dad was alright. Finally, Brian was reunited with one of his dogs, and it wasn’t long before Caleb was spotted, too. When he had heard Ena whining, Caleb poked his head out of some nearby bushes. Brian now had both of his dogs back and he was delighted that they had returned to him safe and well.

Someone else who was pleased about the dogs’ return was Brian’s 14-year-old son Kyle. At first, he had been helping his dad with the search, but he was forced to stop as he had to return to school. When Kyle heard the news about the dogs he cried with happiness. Despite having been outside for several days, both Ena and Caleb seemed well, but Brian had them checked over by the vet to make sure as they had both been involved in a car accident and then been on the run. Although Ena had a small injury on her paw and both dogs had ticks, these were minor issues that were easy to sort. The most important thing was that they had Brian to give them lots of tender loving care. It is possible that it could have taken Brian much longer to find his dogs if he had not had the support of the volunteers from the Lost Animal Rescue Group. Even worse, he may never have been reunited with his dogs at all. Therefore, Brian is extremely grateful to everyone that helped him with his plight.

Ena and Caleb are far from the only dogs who have been reunited with their owners because of this group. Although the Lost Animal Rescue Group was only formed a little more than a year ago, the group has already helped more than 30 owners to find their dogs. This is a truly remarkable feat that relies entirely on the work of volunteers. These kindhearted animal lovers are doing tremendous work that is making a big difference in the lives of both dogs and dog owners. It requires those involved with the group taking time out of their own lives to help other people in the community during their time of need. It is fantastic that there are people out there who are willing to make such a commitment to reunite fur babies with their parents.