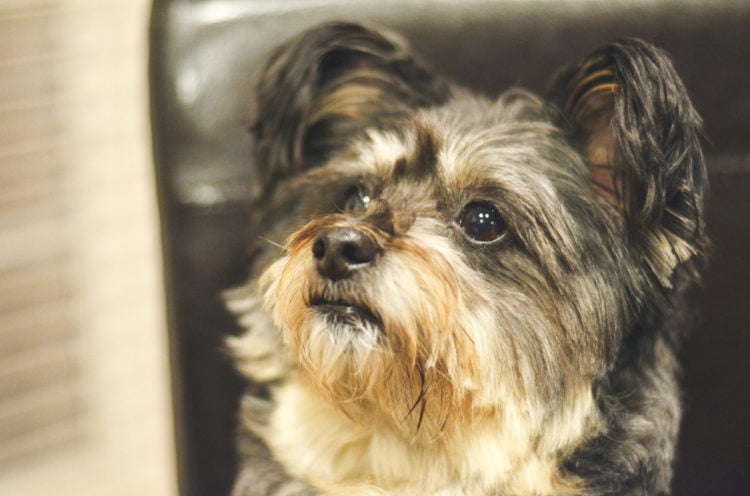 In recent years, dog DNA testing has become a booming business. Breeders are interested in discovering if a dog is a carrier of a gene mutation that is common within a particular breed, while some owners want to learn to which breeds their dog belongs. Although there are many potential uses and benefits to dog DNA testing, scientists have recently become concerned about the way in which these tests are used and how the results are interpreted.

The perfect example of this is the case of a dog called Petunia, a 13-year-old Pug. Her owners were concerned that she was having trouble walking, so they bought a genetic test for approximately $65 in a bid to discover the potential cause of the problem. The results showed that she had tested positive for a genetic mutation that is linked to a degenerative disease.

When her owners learned this news, they decided that the best option was to have Petunia put to sleep to prevent her from suffering. The problem is, they may not have made the right decision, according to a commentary in ‘Nature’. Even if a dog tests positive as a carrier of a genetic mutation, it does not necessarily mean that they will develop the disease. In fact, only a small percentage of dogs that test positive will go on to develop the disease themselves.

Dr. Lisa Moses has also discussed her thoughts on cases such as those of Petunia. Moses is a veterinarian at the MSPCA-Angell Animal Medical Center, Boston. She is also a bioethics research scholar at Harvard. According to her, there are many more cases just like Petunia’s and she has had concerns about the way dog DNA testing is used for a while. She has seen how the DNA of hundreds of thousands of dogs has been analyzed over the last decade and feels that the industry now needs reining in as it is running wild.

At this time, pet genetics is virtually unregulated. That means that people after not necessarily getting the best information about what the results mean. They are being told information about something which could potentially happen in the future and people are then basing decisions on preventing future suffering on this information.

Steven Niemi is the co-author of the commentary in ’Nature’ and the director of the Offices of Animal Resources at Harvard. He has explained that they wanted the commentary published as a warning to pet owners. They also wanted to raise awareness amongst other professionals that this is an issue that needs addressing.

The article also suggests ways in which pet genetic testing can become more organized. The authors believe that there should be quality standards put in place to regulate how the tests are performed and how the results are shared. They also suggest that there are counselors in place who can help people to interpret the results. The article also states that current testing is for genes that have the potential to cause diseases which are not yet fully researched.

Elinor Karlsson is another of the co-authors of the article. She is one of the leading researchers in dog genetics and is based at the UMass Medical School and Broad Institute. When Karlsson learned that her research was being used to make serious clinical decisions, such as pet euthanasia, she was astounded.

Karlsson has researched the genetics of conditions including compulsive disorder and bone cancer. She is hugely concerned that her published work could be used to develop genetic tests without any comprehension of the limitations of the research that has been undertaken so far.

She explains the problem further by describing two different stages in the research process. The first step is to find a mutation that is more frequently found in dogs that do have a disease than dogs that do not. The second step is to study a new group of dogs to see if the predictions they have made about a mutation will develop so the dog becomes sick.

Karlsson goes on to explain that there is not a problem that is already completed, it is simply that it has often included only one breed of dog or a small group of dogs. Also, the second step has often not been completed as they are not necessarily researching how to predict diseases. Therefore, the information from studies is not necessarily useful for disease prediction.

Companies that provide dog DNA testing argue that they are already putting effort into regulating and improving their practices. They have also said that they believe it is critical that pet owners fully understand what the results of the testing mean before making rash decisions.