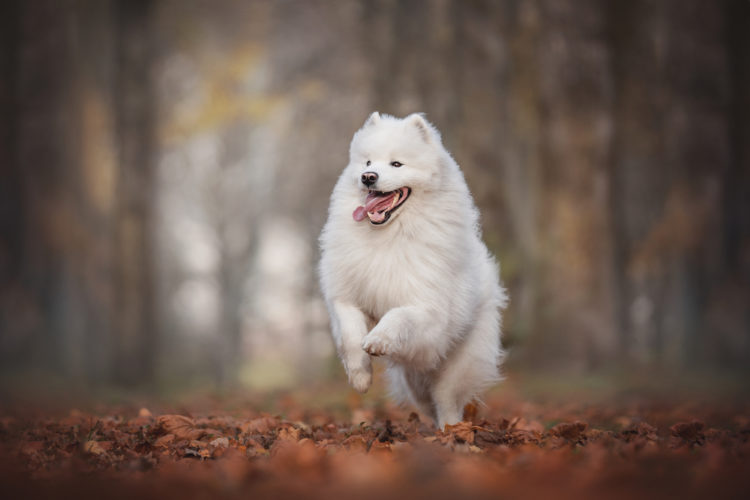 The Samoyed is a dog breed that can trace its roots to Siberia. It is named for the Samoyedic-speaking peoples who brought it into existence. However, the Samoyed has since managed to spread around the world, as shown by its recognition by the American Kennel Club as well as other kennel clubs in other countries.

These dogs are almost always white-furred. However, that doesn’t mean that Samoyeds are identical to one another in this respect. After all, these dogs often have a light brown or even dark brown tint to their white fur, which is sometimes called biscuit because of the resulting look. It is common for Samoyeds to have a mix of white and biscuit coloring. Similarly, it is common for Samoyeds to have either pure white coloring or pure biscuit coloring.

Given that the Samoyed came into existence in Siberia, it should come as no surprise to learn that the dog breed has a dense, double-layered coat. Much of the warmth comes from the undercoat, which consists of softer, shorter fur. Meanwhile, the topcoat consists of coarser, longer hair that serves as a shield of sorts. Something that is extremely important because the Samoyed’s ancestors would’ve been reliant on their undercoats to keep them in good condition in spite of the biting cold.

Of course, this means that the Samoyed sheds a lot. In particular, these dogs are known for shedding dense clumps of hair from their undercoat either once a year or twice a year. However, Samoyeds will also be shedding finer hairs all-year-round, which can cling to surfaces as well as float around in the air. As such, interested individuals need to be prepared for the inevitable clean-up.

5. Shed Fur Has Been Used to Make Fabric

Amusingly, the Samoyed’s shed fur has been used to make fabric. Supposedly, the resulting product has a similar texture to that of Angora wool, which refers to the product coming from the Angora rabbit rather than the Angora goat. This is because the latter is responsible for a different product called mohair. In any case, Angora wool has a reputation for warmth, softness, and extreme fluffiness, so much so that it comes with a so-called “halo” effect.

6. Shed Fur Has Been Used to Make Artificial Flies

Speaking of which, the Samoyed’s shed fur has also been used to make artificial flies, which are needed for fly fishing. Siberian agriculture has been a thing since prehistoric times. However, it was quite challenging because of the region’s infamous weather. As a result, hunting, gathering, and herding remained extremely important as sources of food. Samoyeds contributed a great deal to human survival in Siberia, so it seems reasonable to speculate that this was one more example.

7. Sometimes Said to Be Hypoallergenic

The Samoyed is sometimes said to be hypoallergenic. Something that can make them more appealing to a lot of people out there. However, it is important to remember that there is no such thing as a 100 percent hypoallergenic dog breed. As a result, it is a good idea for interested individuals to spend some time interacting with different Samoyeds to see whether they are susceptible or not. Certainly, Samoyeds shed a lot, which is an issue because the relevant proteins are found in dog fur, dog dander, and dog saliva.

8. Has a Very Distinctive Tail

One of the Samoyed’s most notable characteristics would be their tail. Generally speaking, these dogs hold their tails curved over their back. However, a Samoyed’s tail isn’t held in either a tight curl or in semblance of a flagstaff. Instead, it is held in such a manner that the tail is lying over the back while pointing to one side. It is common for these dogs to let their tail fall when they are feeling relaxed for whatever reason, but it won’t be too long before their tail returns to its normal position.

The Samoyed is classified as a kind of spitz. As a result, it should come as no surprise to learn that the dog breed has the pointed ears that are characteristics of spitzes. To be exact, the Samoyed has a pair of thick, triangular ears that stand up straight on their head, which contribute much to its very recognizable profile. Interested individuals can expect these ears to be covered in fur. Moreover, it is very common for Samoyed ears to have some of the aforementioned biscuit coloring around the very tips.

Having said that, the Samoyed might be most recognizable because of its face. This isn’t because these dogs are particularly unusual-looking in this regard. Instead, this is because it is very common to see Samoyeds with a big, happy smile that is often nicknamed either the Sammy Smile or something similar. Supposedly, there is a practical reason for the expression. In short, the expression prevents the dog from drooling, which is extremely important because the resulting saliva would freeze within a very short period of time. After which, it could wind up doing damage to the dog’s protective fur. If people are curious, they can find videos of boiling water instantly freezing when exposed to Siberian temperatures.

As mentioned earlier, the Samoyed comes from Siberia. To be exact, it comes from Western Siberia. This is important because the region is huge, meaning that it contains a surprising amount of variation within it. For that matter, it should be mentioned that Siberia has inexact borders because it is a geographic region rather than a political region. Something that means even more complications in this regard. In any case, the Samoyed coming into existence in Siberia has had interesting consequences for its heritage. These dogs were far from being 100 percent cut-off from other dogs in other regions, but it is no coincidence that these dogs have managed to remain quite similar to their ancestors.

It is interesting to note that the Samoyed is considered to be one of the basal dog breeds, which number fewer than 20. This means that these dogs are distinct from “modern” dog breeds, which are so mixed with one another that it is difficult to examine their genetic roots. Meanwhile, basal dog breeds have managed to remain more distinctive, not least because of their geographic isolation from the rest of their species.

It was very common for pre-modern humans to use dogs in a wide range of ways. To name an example, Samoyeds saw a fair amount of use for hunting, which was extremely important for the people living in Siberia. As mentioned earlier, food was always a concern. However, hunting would’ve also been important because of the demand for fur, which was a valuable product from a region that didn’t have a great number of them. The fur trade was a major driver for Russian interest in Siberia, which has shaped the region for centuries.

Besides hunting, Samoyeds were also used for herding. Growing crops for human consumption requires very specific kinds of land. In contrast, animals are capable of surviving on plants that are wholly unsuitable for human consumption, meaning that rearing livestock is a way for humans to use land incapable of supporting agriculture. As a result, it isn’t hard to see why herding would have been practiced in Siberia, which in turn, created a demand for dogs capable of assisting their human masters.

Samoyeds aren’t the biggest dogs that can be found out there. However, they aren’t exactly what anyone would consider to be fragile animals, as shown by how they were once used for hauling sledges in Siberia. Such transportation methods dominated similar regions for a very long time because there weren’t a lot of alternatives. It wasn’t until the 20th century that such transportation methods yielded to trucks and airplanes, which are very modern technologies. Nowadays, something that was once critical for human survival has become a sport. Something that has been beneficial for a number of dog breeds. After all, the elimination of a dog breed’s intended role tends to mean a fall of interest in said dog breed. A phenomenon that has caused the extinction of more than one dog breed out there.

Amusingly, the Samoyed’s happy smile is a case of truth in advertising. This is because these dogs are very good-natured animals. It isn’t uncommon for a Samoyed to latch on to a particular person in their household. However, said dog will get along well with every other human in the household anyways. In fact, the Samoyed is so good-natured that it has also acquired a reputation for being an absolutely terrible guard dog because it is very rare for these dogs to show any aggression.

Chances are good that interested individuals can guess that Samoyeds are smart dogs. After all, they were used for both hunting and herding, which are roles that call for a fair amount of intelligence for the best results. Samoyeds have since expanded to cover other roles as well. Something that was helped along by their smarts. On a related note, it should be mentioned that these dogs do have hunting instincts, meaning that they are prone to chasing cats, rabbits, and other small animals.

Samoyeds need to be kept busy. If they aren’t, there is a good chance of them engaging in destructive and otherwise problematic behaviors in their boredom. For example, Samoyeds can be quite good at getting around fences, whether by digging or by just straight-up jumping over them. Similarly, Samoyeds might start chewing on things that shouldn’t be chewed. It should also be mentioned that these dogs are very sociable, meaning that they also have strong social needs that must be satisfied to keep them both happy and healthy.

One other major challenge to owning a Samoyed would be their vocal nature. Simply put, these dogs are prone to barking, howling, and otherwise making their presence known by being very loud. As such, it is a good idea to get started on training them sooner rather than later so that problematic behaviors can be prevented from taking root in the first place. Be warned that Samoyeds aren’t the easiest dogs to train. They are smart, which enables them to pick up things faster than otherwise possible. However, Samoyeds are also prone to getting bored. Something that won’t do wonders for their obedience to say the least. 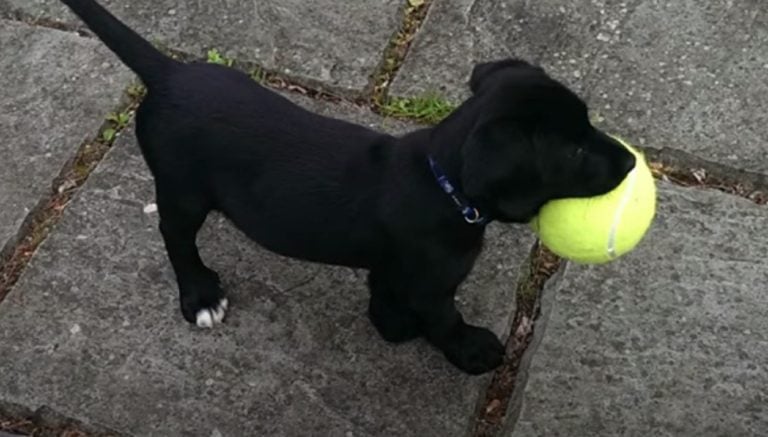 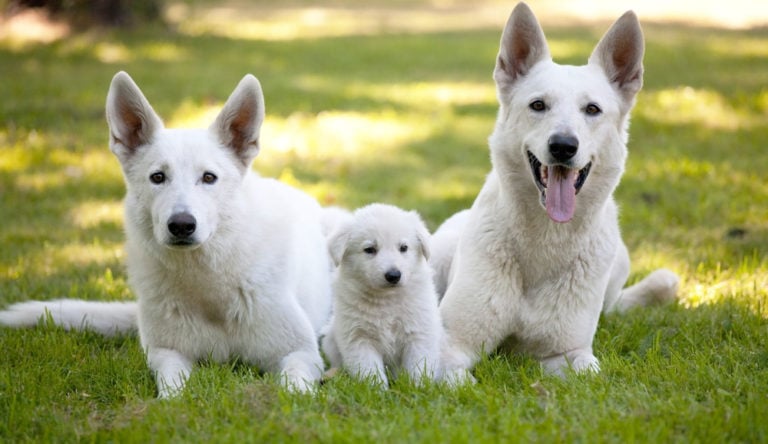 German Shepherds are one of the most popular breeds of dogs in America. The medium-to-large breed of dog is often used for a working dog in many different areas, due to its positive qualities, dedication…

Another year, another designer dog… but this one’s a cutie. The latest in the long, long line of designer crossbreeds is the Beabull. 1 part Beagle, 1 part English Bulldog, and 2 parts adorable, this… 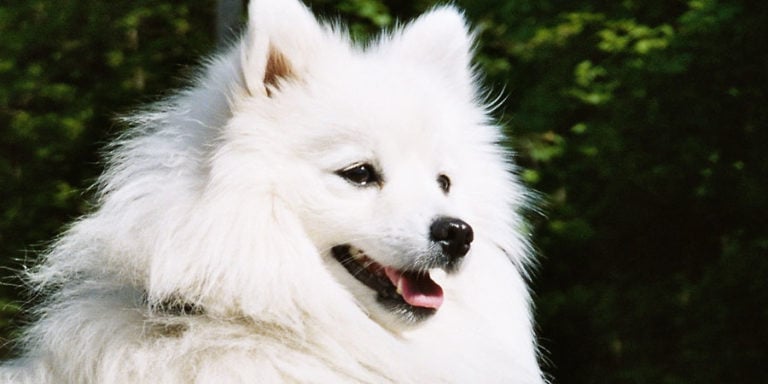 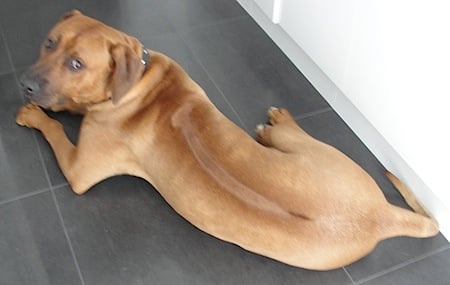