When you meet the right person, they will always choose you over anyone else regardless of how difficult things get. Unfortunately, sometimes it can be a challenge convincing someone that you are the ideal companion even when deep in your heart you believe you are soulmates. That was the case for one dog, Fido, who was given up to a shelter by his owners when they felt handling him was too overwhelming for them. For over three years, Fido has been locked up in the shelters hoping that someone will come to adopt him, but his hope has been diminishing with each dawn. The question remained if when the shelter dog gets to go an awesome Ferris Bueller adventure, his luck will change? We do not have to wait long to get an answer because Fido went on his adventure a week ago, and here is everything we have gathered so far about his experience.

Becoming the dog with the most extended history at the shelter

Sometimes love is just not enough, and Fido’s family adored him, but taking care of him proved too overwhelming, so they dropped him off at Alive Rescue. At the time, Fido was only a puppy, and the rejection must have hurt him because he was timid as the shelter staff remembers. As with any man, they say a way to their heart is through their stomach, so the staff started giving him treats, and soon, Fido learned to trust them. The food motivation has also enabled his training, and today, Fido is a well-trained four-year-old dog. However, finding him a home is easier said than done. So far, Fido is the dog that has stayed at the shelter for the longest time. The shelter staff found him a foster home where he has been for the past six months. Still, it is not the same as being a forever home, and they are doing everything possible to get him a new place to call home. 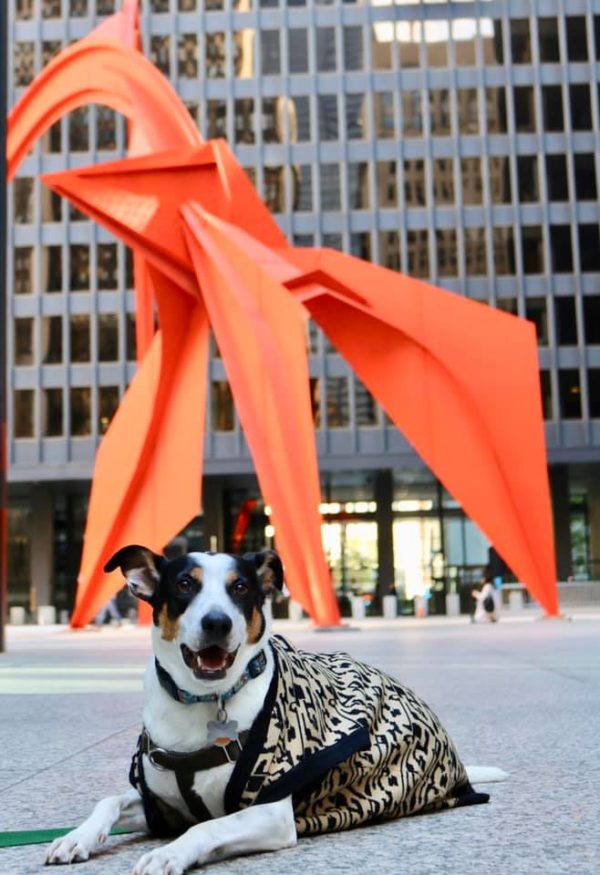 Is social media working on getting him a forever home?

The shelter staff thought getting Fido some public attention would hasten his adoption process. Consequently, they settled on taking him out on an adventure and post the pictures taken on social media. They took him to the Art Institute of Chicago and posted a photo of Fido, supposedly having deep thoughts about the art he saw. He also got to visit Wrigley Field and Michigan Avenue while wearing a Bueller’ vest. Those who saw him in the streets were quick to take pictures and post on their social media. Alive Rescue did the same on their Instagram, saying that since Fido loves taking walks, all he needs is a companion with whom he can enjoy some long walks.

As of now, the posts are getting lots of love, but Fido is yet to get his special someone. Whether or not it is the revelation that he suffers from seizures that is keeping people from wanting to adopt him, prospective owners should not worry. Fido has not suffered any seizures in the last year. Matter of fact, he does not have any special needs; all he needs is medication on a schedule as Lindner and Gerali of Alive Rescue disclosed.

What happens if you want to adopt Fido?

Alive Rescue has a strict procedure for anyone looking to adopt or foster any of their animals. Therefore if you are interested in providing Fido with his forever home, you must live within 50 miles of Chicago. Besides, you must be above 24 years old and provide proof. Additionally, if you live in a rented house, you must provide a copy of your executed lease and the landlord’s phone number. Those other family members you live with will have to be interviewed, and if you have any more pets in your home, their vaccination must be up to date, and they should be neutered or spayed. Since Fido is above six months but below seven years, your donation will be $300.

Once you meet all these requirements, the shelter will send a representative to your home to ensure Fido will be in a safe environment. Upon completion of the adoption application forms, Fido will come to your home, accompanied by the shelter’s coordinators, so they can assess how he and your family interact. If you feel like you are an ideal match, you can let the shelter know the next day of your decision. Further, if they will have also decided that Fido is best for you, then all that is left is the final steps, after which Fido will be yours for keeps.

Is there hope for Fido?

Fido may have been overlooked over the years, but there is hope. After all, some dogs have been in shelters for longer and still found their humans. Pirate Marie had been at Oahu SPCA for seven years, and every time visitors came to the shelter, they commented on how sad she looked. Still, their sympathy did not touch their hearts deep enough to take them home with her. However, there is someone for everyone, and when Jennifer Hoyt got stationed in Hawaii, Pirate’s luck changed. She and her husband volunteered at the animal shelter, and when they heard about Pirate Maries’ story, they wanted her regardless of how much longer Pirate Marie had to live. So finally, they took 11 and a half-year-old Pirate Marie, and she has transformed into a wonderful dog according to God Updates.

Since Alive Rescue believes that the photos on social media will get Fido adopted, they may be right because there is a similar case. Chester had been waiting for five years to be adopted until the animal shelter manager posted a photo of the pit bull captioned, “why doesn’t anyone want me?” The picture went viral and was shared over 2,300 times to finally reach a family close to the shelter where Chester lived. They believed he was perfect for them and adopted him. So, if Pirate Marie and Chester got a home after all these years, there is hope for Fido.