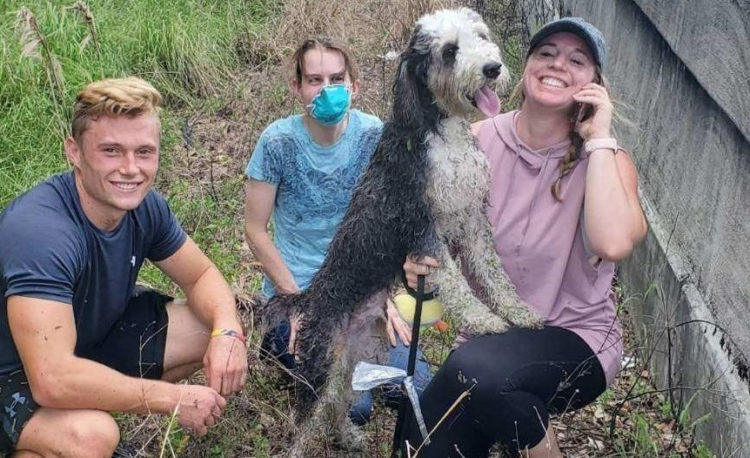 The late Caroline Knapp, a renowned author, once recounted the story of how a woman shared the feeling she got when she lost her dog. The woman said having a dog introduced a new hue to her field of vision, but once the canine was gone, that color also disappeared. Anyone who owns a dog knows the feeling that this woman was talking about; dogs complete our lives, and without them, a part of us also remains lost. Therefore when one therapy dog went missing for an entire weekend, the family had to do everything they could to get him back. Thankfully, the communities we live in still have some humanity; were it not for them, the therapy dog would probably be missing to date. Here is the full story of Sully’s rescue and how he met his human, Liam.

When Laura dropped off Sully, her son’s therapy dog, at Pet Paradise, she expected to come back later and pick a well-groomed dog. Unfortunately, Sully was accidentally let out by the boarding service staff, leaving Laura and her family in a state of panic since Liam, her brain cancer survivor son, needed his companion. Therefore Laura knew she had to act quickly to ensure the dog was found soon, especially with the temperatures being too high for the dog to remain hydrated. She had hope that Sully could not have gotten very far since the Pet Paradise staff informed Laura that he was still on his leash; hence she thought he must have been stuck somewhere.

Social media was her first thought; hence she posted about the dog’s disappearance at 9.52 am on June 27, 2020. Laura was desperate to find Sully, so at 12.27 pm she took to her Facebook account to ask anyone who owned tall boots and was not afraid of critters to join her husband so they could comb the 2-mile radius around Wesley Chapel. The family’s hope to find the dog was fading by the hour, and at around 3 pm that Saturday, Laura asked her Facebook friends if they could connect her to police who owned a K-9 dog to help locate Sully faster. Unfortunately, even the $500 reward that Pet Paradise offered to anyone who pointed them in the right direction was not enough to bring Sully back home. They had to go back home at 10 pm and wait until dawn to proceed with the search.

However, even before they could sleep, Laura’s husband was still hopeful that the clothes they had left for Sully to sniff his way back home would have helped, but there was still no sign of him. The search team continued on Sunday, and the reward money had doubled thanks to a caring community that wanted to help Liam get his dog back. Food stations and traps were set at 6 am on Sunday, June 28, 2020, and people kept praying for good news. At 9.20 am, a false alarm revived their faith, but by 6 pm, there was still no news regarding Sully.

Monday brought with it a taste of hope when the search party received news that Sully had been spotted two miles from Laura’s home. However, the dog was overwhelmed by the many strangers who approached him; hence he ran off to the Interstate. With the help of the police, Sully was returned home carried by John, and Laura said that it was like a scene straight out of a movie. Apart from being filthy and dehydrated, the dog was in ideal condition and whimpered around his family in excitement. They took him to the vet to rehydrate him and groom him. Laura created a GoFundme to help raise money to reward those who helped in the rescue mission and so far, $7.255 has been raised, surpassing the target of $2,500.

Why the obvious attachment to the dog?

Liam was diagnosed with diffuse astrocytoma when he was only four years old. Of course, it was not only a traumatizing moment for the young boy but also a scary one for the family members how had to live one day at a time. Liam had to undergo chemotherapy and multiple tests, which took a toll on him and his family since the procedures are quite costly. Still, the love a parent has for her child transcends even the financial hurdles; hence Laura had for a very long time wanted to get Liam a support dog, but the fact that her husband and other son are allergic prevented her from doing so. However, a therapy dog is what Liam needed to help him through the difficult times; hence she started surfing the web for options.

Luckily, Down Home Doodles stepped in; they not only offered support dog training, but they also had a dog that would meet Laura’s family needs. According to Lyn Stanley of the dog training facility, Berne doodles make excellent therapy dogs and are hypoallergenic. Although Sully at the time was only six months old and yet to complete his training, Lyn said he would still serve his purpose of meeting Liam’s emotional needs. Since Liam was always anxious during his MRIs and would sometimes refuse to go through with them, all he needed was a true friend to help him know it was okay, and he was not alone.

Laura took Sully home and continued training him using the techniques she had been shown during her visit to the facility in Florida. Within a few days of being with Sully, Liam’s hospital visits became more of an adventure and less of a traumatic experience. Therefore even the first time he went to the hospital after getting Sully, he woke up and asked for his dog. With Sully trained to focus on Liam and Liam diverting his attention to his dog instead of his medical tests, the two have become a pair whose bond cannot be broken. Therefore when Sully went missing, it was more than his life at stake; it was Liam’s joy hanging by a thread, especially since his fight with cancer is far from over. 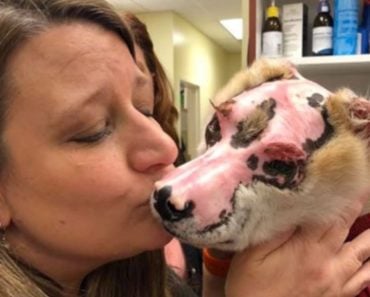 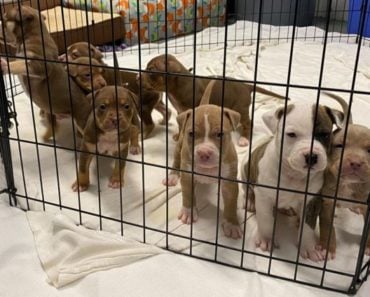 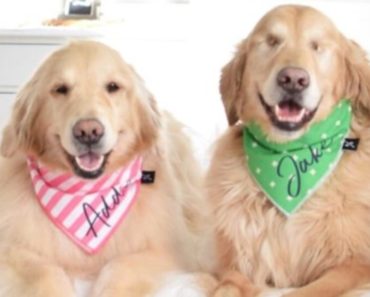 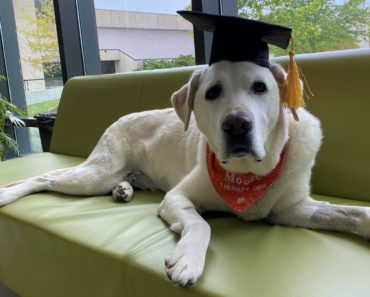 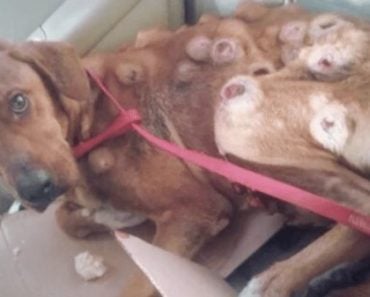 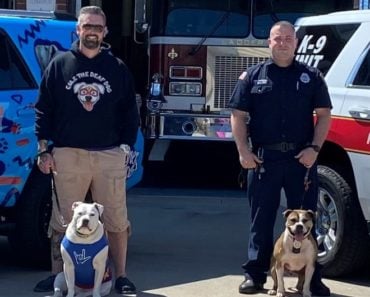