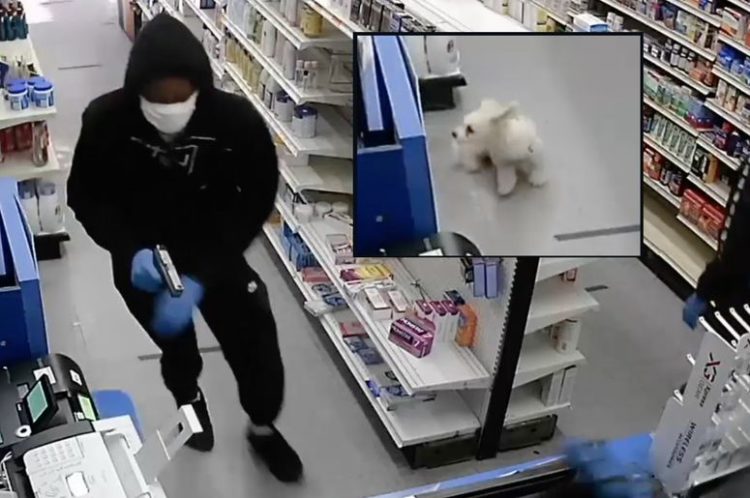 A video has been released by the NYPD of a small dog helping to prevent a robbery at his owner’s pharmacy. The attempted robbery took place on June 9, but footage from the CCTV has only just been released by the police. It was first shared on Twitter when the police made an appeal for information about the crime. Three men attempted to rob New Trend Pharmacy which is located in Brooklyn. One of the men was armed with a gun. Police have not been able to determine whether it was actually loaded as no shots were fired. They were forced to leave empty-handed after being confronted by the owner and the dog. The video clip that has been released is only 11 seconds in length which shows that the robbers did not spend a lot of time in the store at all. The little dog really did seem to scare them off and they must have felt that they were really at risk of being bitten.

New Trend Pharmacy has been serving the community where it is located since 1998, as stated on its website. It provides a valuable service to people in the neighborhood and local people were shocked when they heard about the robbery. They were also proud of the dog for standing up to the men and preventing them from actually stealing anything. The pharmacy is a family run business and so there is a good chance that the dog greets all the customers that visit the store. They will all get a better reception than he gave to the robbers which shows that the dog must have been suspicious of them men from the outset.

The video shows the little dog yapping and wagging its tail at the men, before they make their escape. He does not make any attempt to chase after the men, but he can clearly be seen standing his ground. The dog seemed determined that he was not going to let the men take anything and then walk out with it. One man comes crashing back over the counter he had just jumped over, and it could be that this was when he was confronted by the owner. Another man is seen running down the aisle behind the dog and there was also a third man involved in the robbery, but he is only seen briefly on the film. You are not able to see the owner behind the counter, but according to the police he also attempted to scare away the robbers. This would have also taken a lot of bravery, especially as one of the men was armed with a gun.

According to MSN, the police confirmed that nobody was injured in the incident. The staff were uninjured because the men left the premises fairly quickly when the dog started barking. It does not appear as if there were any staff on the shop floor when the men entered and so it can be assumed that they were all behind the counter. The man who was holding the gun barely got enough time to draw the weapon before the dog started barking at him. Shortly after the dog starts barking, all of the robbers began to flee. Unfortunately pharmacies are often a target for robberies for several reasons. Some of the products that they sell are quite expensive and there may be a significant amount of cash in the register. They also have access to controlled drugs that they can sell on to people who are willing to pay a lot of money for them.

The video footage shows that the men are wearing hoodies and their faces are covered with masks. The man who was holding the gun was also wearing surgical gloves, so he did not leave on any fingerprints. None of the men can be identified in the video, but the police are hoping that there are people out there who know who they are. This could be someone who recognizes the mannerisms of the people on the video, or someone who has heard rumors about a robbery being planned. There may have also been people who saw the robbers leave the premises and saw if they got into a vehicle.

The police have made an appeal to help apprehend the men seen in the video. A reward of up to $2500 has been offered for information about the robbery. People are able to call NYPD Crimestoppers or send them a DM on Twitter if they have any information about the suspects. This can be done anonymously so that anyone that provides information does not have to worry about reprisals. Police have been able to make good use of social media to ensure that the appeals that they make are seen by as many people as possible. If they post appeals on sites such as Facebook and Twitter, then they are likely to be shared by people and this increases the visibility of the post.

Tech Times reports that police have stepped up patrols recently in areas where crimes seem to be becoming more prevalent. Brooklyn is considered to be one of these areas, and while these patrols may bring the crime rate down slightly, they are not going to be able to prevent all crimes taking place. They still need the help of the general public to help catch the perpetrators of these crimes and this is the reason appeals such as the one made in this case take place.

The little dog in the pharmacy certainly showed a lot of courage in standing up to the robbers. This incident just goes to show that dogs will act instinctively to protect the people that they love if they sense that they are in danger. This really story captured people’s attention due to the fact that the dog was so small. Dogs should be judged by the love that they have in their heart for their owners, rather than their physical size and this brave little dog is certainly proof of that. 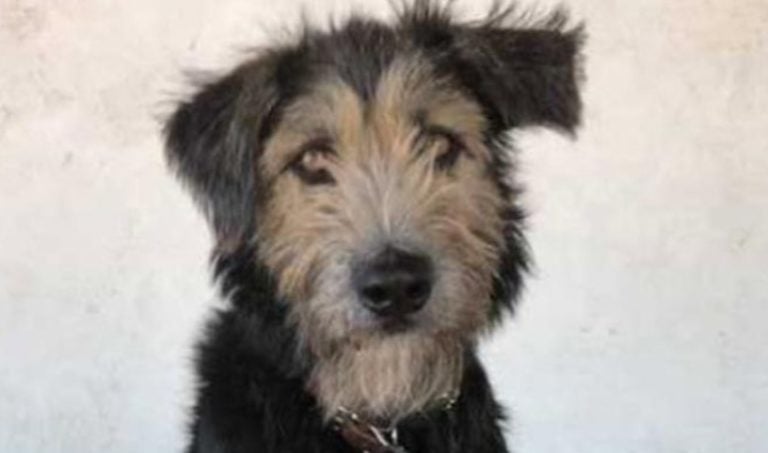 It is amazing to consider the special animal that a dog is. Humans the world over have fallen in love them, and for a good reason. Dogs provide companionship, protection, assistance, and so much more…. 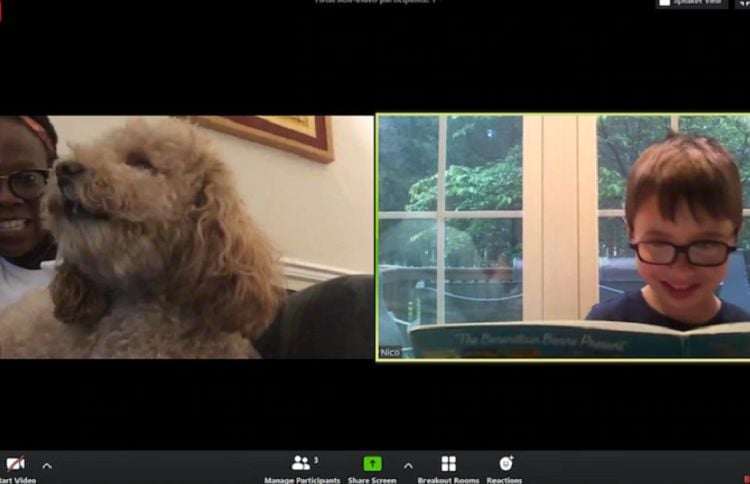 The thing about dogs is that they will never judge your ability or lack thereof to read. Ever since the lockdown began due to Covid-19, people have devised new ways of keeping themselves busy. Learners…

I am quite sure that most dog owners notice that funky smell every time their dog is wet.  Today I am going to share some of the things that cause the infamous foul wet-dog smell…. 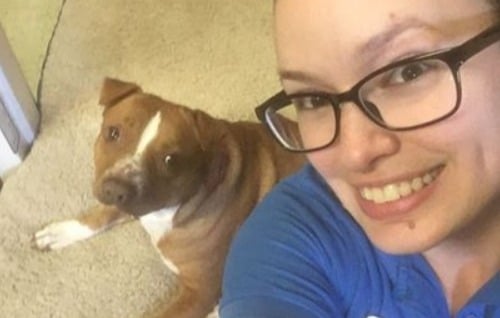 When a dog arrives at a shelter, the staff always try their best to find them a forever home. In most cases, this happens quickly as there is a family for every dog. Unfortunately, some… 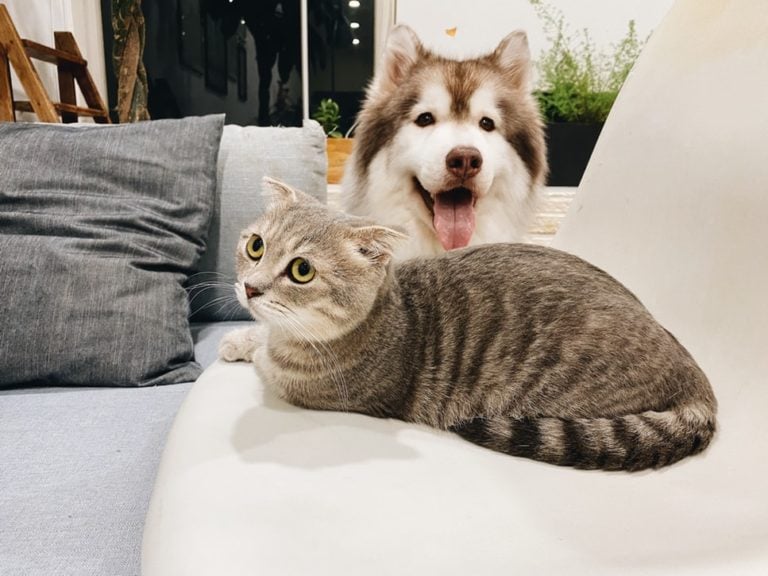 The city of Shenzhen has banned the consumption of cats and dogs. This is unconnected to the efforts to bring COVID-19 under control. Instead, Shenzhen authorities have stated that this is the product of the… 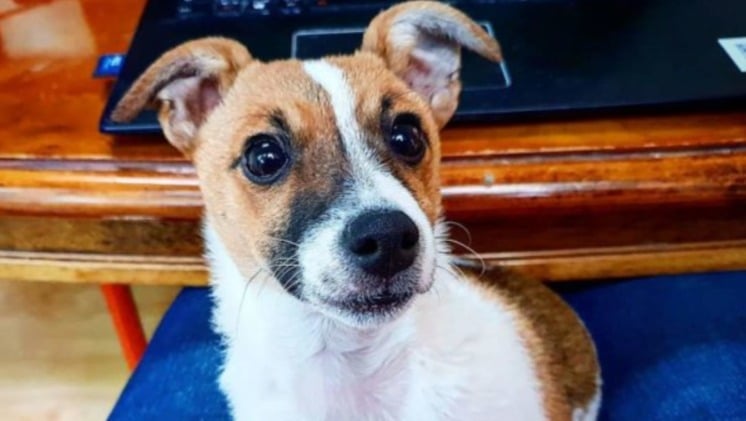 If you’ve ever felt a surge of emotion as you gaze lovingly into your dog’s eyes, you’re not alone. There are few things quite so good at reviving your spirits and making you feel just…