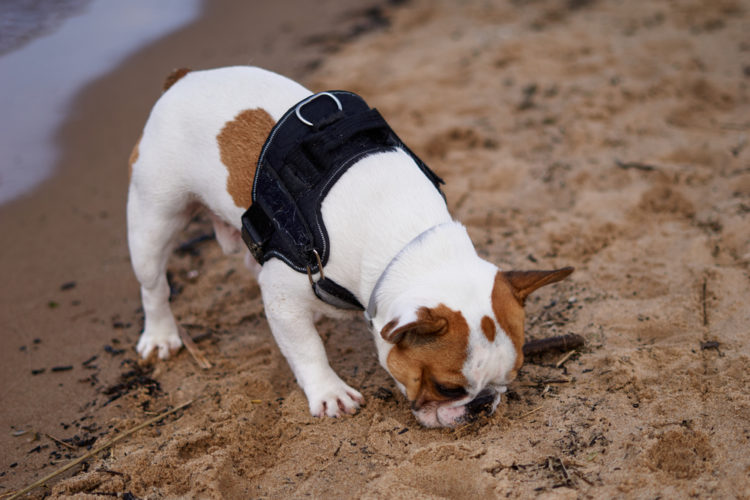 Interested individuals might want to be cautious about buying Midwestern Pet Foods-branded products in the future. This is because the FDA has sent the company a letter stating that it might be responsible for more than 130 deaths as well as 220 illnesses in dogs because of the high levels of aflatoxin found in its manufacturing facilities. Said issue isn’t the product of a freak accident. Instead, FDA investigators discovered that the company’s food safety programs were insufficient for preventing contamination or even minimizing contamination, with the result that violations had happened at multiple manufacturing facilities. Something that interested individuals should take note of.

Aflatoxin is a kind of toxin produced by the mold called Aspergillus flavus. It is relevant to the production of pet food because the mold can grow on pet food ingredients such as corn and other grains. For context, the limit for aflatoxin is 20 parts per billion. Meanwhile, the FDA inspectors found that the levels of aflatoxin were 558 parts per billion. Under those circumstances, it was no wonder that the relevant Midwestern Pet Foods-branded products caused issues. In any case, aflatoxin is extra-problematic for dogs as well as other pets because of their standard eating patterns. Generally speaking, humans eat a wide range of foods. Thanks to this, even if we eat something that has been contaminated, we won’t be exposed to it on a constant basis because we won’t be eating it day after day in most cases. In contrast, dogs do tend to eat the same food day after day, meaning that they can experience a build-up of aflatoxin if they eat from a contaminated product.

This is quite bad to say the least. Some dogs who consume contaminated products will show symptoms that include but are not limited to diarrhea, vomiting, sluggishness, unexplained bruising, and unexplained bleeding. On top of these, interested individuals might notice jaundice, which is the yellowish tint of the eyes, the mucous membranes, and the skin caused by liver problems. With sufficient severity, it is possible for a dog to die from aflatoxin. Moreover, not every dog will show symptoms even as they are experiencing serious damage to their liver. Due to this, it is possible for them to just drop dead one day seemingly out of nowhere.

There is no way for interested individuals to diagnose aflatoxin on their own. As such, if they suspect that there is a problem with their dog, they should rush their dog to their veterinarian as soon as possible. The symptoms of aflatoxin can happen for other toxins as well, meaning that interested individuals should be prepared to provide information about what the dog has been eating, the label on the pet food that the dog has been eating, and other relevant details. There isn’t an antidote for aflatoxin. However, a dog might be saved if the problem was detected early enough by preventing them from consuming more of the contaminated product while providing them with supportive care for the associated issues. Regardless, the sooner that such issues are picked up on, the better the chances of a positive outcome.

Besides aflatoxin, Midwestern Pet Foods also recalled other products because of salmonella. Perhaps unsurprisingly, the FDA inspectors also found that it didn’t do enough to prevent such problems. Generally speaking, salmonella won’t result in salmonellosis in dogs themselves. It can happen. However, it tends to happen when dogs already have either some other health problem or some other condition that means that their immune system isn’t as strong as it could be. For instance, puppies are likelier to develop salmonellosis than their full-grown counterparts. In any case, interested individuals should know that symptoms of salmonellosis include but are not limited to fever, diarrhea, vomiting, a loss of appetite, and a lack of interest in normal activities. Once again, if interested individuals notice these symptoms, they should be rushing their dog to a veterinarian to find out what is going on.

Unfortunately, salmonella is also something that can require interested individuals to pay a visit to medical professionals themselves. This is because they can become contaminated from pet food containing salmonella through one of two ways. First, they can come into contact with salmonella by handling the pet food before accidentally ingesting the bacteria. Second, their dog can become infected with salmonella. After which, their dog can wind up spreading the bacteria through their saliva and their stool, thus creating further opportunities for humans to become infected. In any case, the symptoms of salmonellosis in humans include fever, diarrhea, vomiting, and stomach pain. Generally speaking, people will recover on their own within four to seven days even if they don’t get treatment. However, if their diarrhea gets bad enough, they will need hospitalization. In particularly serious cases, it is possible for salmonella to spread from the intestines to the bloodstream and then from the bloodstream to other parts of the body. Should that happen, it is possible for the infection to be fatal.

Companies breaking food safety regulations is something that has been happening for a very long time. Sometimes, such incidents are freak accidents. There is no such thing as a perfect prevention system, meaning that mistakes can be made even if companies take such matters seriously. Unfortunately, a lot of companies wind up undermining their own food safety programs because of their pursuit of profit without caring about other considerations. After all, profits can be increased by raising revenues as well as cutting costs, with the result that the latter has been responsible for more than one major problem in corporate history.

In any case, it is also worth mentioning that food safety issues have been around since long before the existence of food safety regulations. To name an example, bakeries in early modern England were notorious for using everything from sawdust to gypsum in their bread so that they could use less of the more expensive flour. Something that was particularly common when the bread was meant for sale to the poor rather than the rich thanks to price-cutting enabling a devastating race to the bottom in which those who refused to do the same winded up being priced out. The situation was somewhat better in the early modern United States because of its immense wheat production. Even so, similar problems are known to have existed throughout the country. Simply put, the food safety regulations that we have now didn’t just show up out of nowhere. Instead, they came into existence because previous generations had very unpleasant first-hand experience of what could happen when the unscrupulous were permitted to operate unchecked.