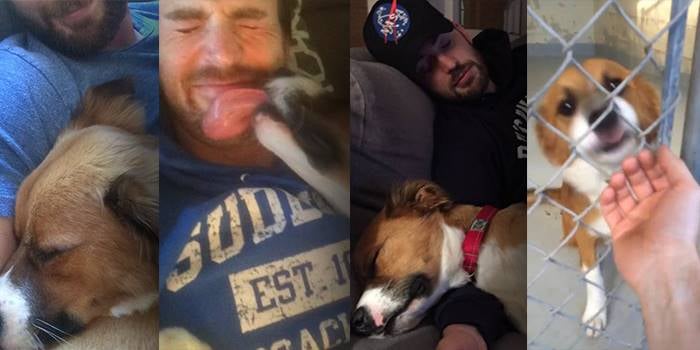 If you ever watched a 21st century Captain America movie or any of the Marvel made-for-the-big-screen movies, you have definitely seen Chris Evans play the role of Captain America. Evans has gotten considerable attention from pet lovers around the world as he has adopted a rescue dog from a shelter. The dog, who he named Dodger, has managed to also get a mention from the Major League Baseball team, the Los Angeles Dodgers. Only in 2019 can we expect that the man-dog relationship would capture so much attention.

The beginning of the story starts at a kennel near a film set where he was shooting the movie Gifted. It was the last scene, and as Evans puts it, he “foolishly” walked into the kennel. Looking around, he wondered whether the dogs were actually up for adoption or if they were just there to be cast in movies. He found out they were indeed up for adoption so he walked around the kennel until he came across a dog that he said “just didn’t belong there.” Minutes later, Evans would walk out with Dodger.

What would happen next would start a social media frenzy focused on Evans and Dodger. He posted a video on Twitter about the adventure, and immediately twitter followers and animal lovers alike began sharing and tweeting about the newly established love relationship. Evans admits that it is truly a love relationship with Dodger, as he says the dog loves everyone and everybody. His continual Twitter videos attest to his view of man’s best friend.

“Rescue dogs are the best dogs!” has been Evans’ motto about adopting dogs ever since.

The popularity of Dodger and Evans has grabbed the attention of a number of Los Angeles Dodger fans who believe Dodger would be the ideal team cheerleader. He is loyal, faithful, and combined with the Captain America image that has made Evans one of the world’s more recognizable movie stars, he really is the All-American dog. No word whether Evans is willing to commit his loyal friend to such a position, but there is no word that the idea has been ruled out either.

For those unfamiliar with Dodger Stadium, one of its most popular concession foods is the Dodger Dog. Sources say that it is not yet clear whether a dog named Dodger would eat a Dodger Dog, as it seems to be self-destructive, even to a dog. As it turns out, Evans was invited to take a picture with his dog alongside of a Dodger Dog during the filming on his recent movie Knives Out. Nothing was devoured during the shoot, so the verdict is still out on their compatibility.

But with fame and a Twitter following comes the expected overreaction and hyperventilation when suspicions are cut loose on the social media platform. Evans had posted a video with the tweet “Really missing this guy right now.” Twitter erupted in a storm, concerned that something serious had happened to Dodger. Evans would calm the storm by following up with the message that Dodger was just fine. He was just missing him being thousands of miles away from his best friend while shooting a movie.

Aside from the misunderstood tweet, Evans posts many pics and videos of him and Dodger frolicking together. One has Dodger doing a solo, trying to sing along with a musical lion. Another has Dodger affectionately giving Evans a Happy Valentine’s Day sloppy kiss. Finally, Evans was participating in the #22pushupchallenge to promote awareness for veterans, with Dodger intently watching him do the requisite repetitions.

If you have been wondering how Evans decided on the name Dodger, it has nothing to do with baseball or any kind of sports team. He was a huge fan of Disney animated cartoons and films, among his favorites being Oliver and Company. In that film, Dodger was a key character and one of Evans all-time favorites. By the way, Evans’ decision was not influenced by the fact that the company who is bankrolling his movie just happens to be Disney. We can’t give you a 100% guarantee that is the case, but that is Evans’ story and we’re sticking to it.

Evans and Dodger continue to get exposure as Evans does the rounds to promote the many films he is working on. Appearing on Late Night with Jimmy Fallon is guaranteed to get you more free publicity, and Fallon ended up discussing Dodger as part of the interview. There is no knowing where all this will end, but you can be sure that should anything happen to Dodger, a portion of the world will be noticing. 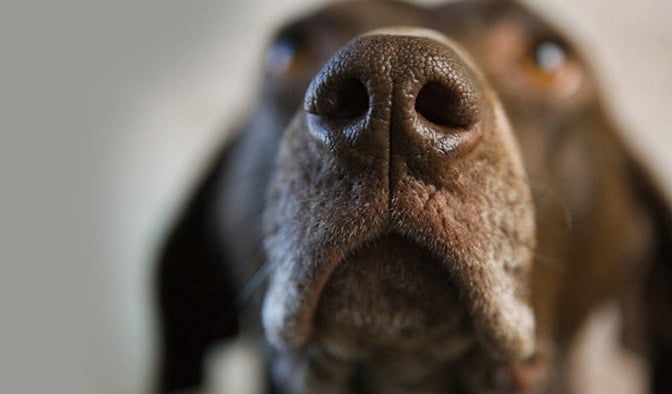 Have you ever wondered why humans use dogs to support… 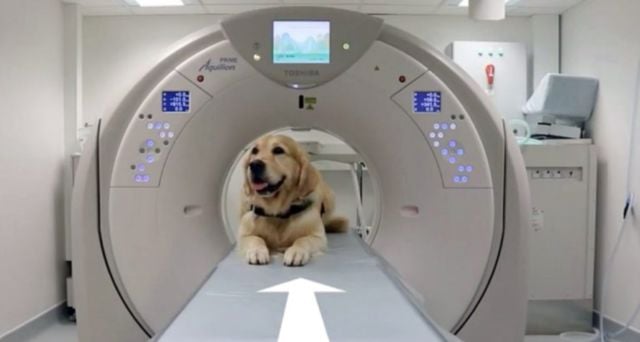 Therapy dogs are becoming more widely used than ever before… 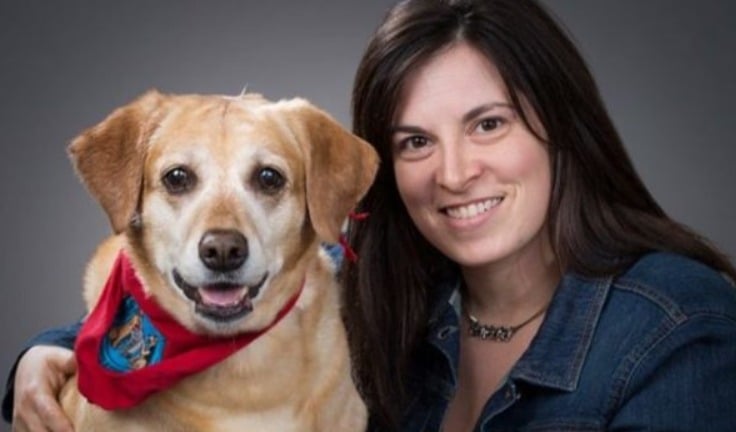 There has been so much media attention given to therapy… 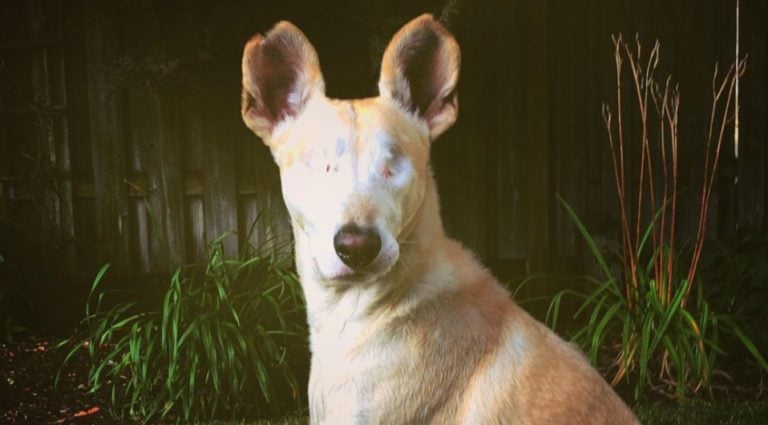 As a species, we tend to be very fond of… 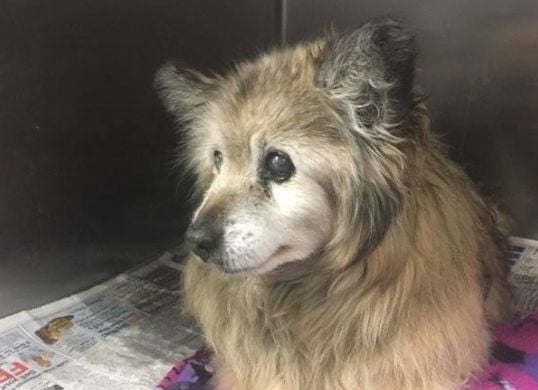 We all like to think that we care about animal… 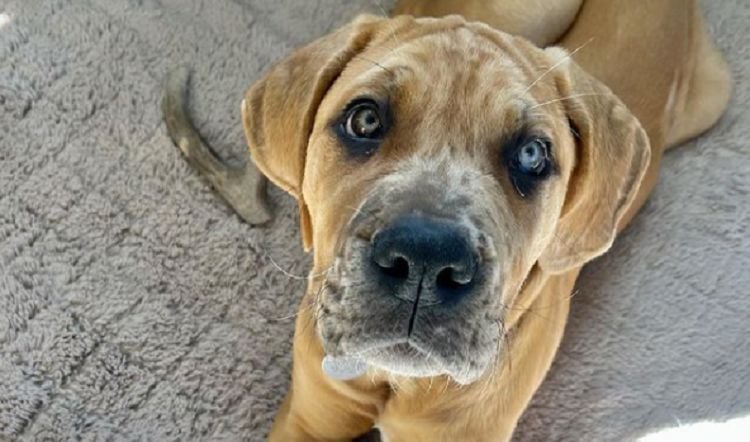 As the technological advancements take place, people in Silicon Valley…