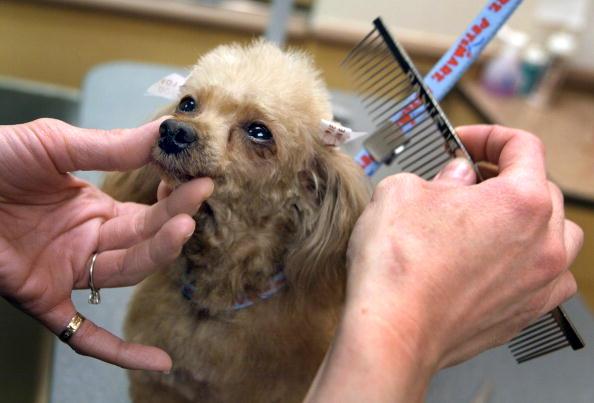 There’s nothing more horrifying than taking your pet for regular grooming at the pet store only to find out that it’s the last time you’d see it alive. For many pet owners, that’s exactly what happened. 47 pet deaths have happened in 14 different states after pet owners brought their dogs to PetSmart for a regular grooming session. It has caused an investigation and a lot of questions have been coming up with regards to how trustworthy is the nation’s number one pet shop. The majority of deaths occurred after 2015, which interestingly enough also happens to be the same year that PetSmart was acquired by BC Partners, a private equity firm.

PetSmart claims that it has the highest standards in the industry when it comes to training employees and application of training techniques when it comes to grooming standards. However, many pet owners have criticized the company, especially after the takeover. Social media attacks against the company have been frequent, especially in recent months. Many people have been voicing their concerns and complaints about the practices of the company, which seems to have largely changed since 2015. Many employees attest to this fact, stating that there has been a lot of pressure put on employees to focus more on sales quotas rather than on quality care.

Former PetSmart employees have also condemned the company’s groomer training program. Many have stated that things at the stores are not what they usually seem to the public eye. Some say that plenty of unqualified trainees are sent into stores to work because of demand and short-staffing issues. This is incredibly dangerous for dogs; and we’re sure that many dog owners will not put their dogs in the hands of an unqualified groomer. But PetSmart seems to think that what owners don’t know won’t harm them.

Things have turned for the worst, however, as dogs have now literally died on the grooming table or just shortly after. It seems that the most frequent victims are English bulldogs or similar breeds. These dogs belong to a category known as brachycephalic dogs. These breeds are characterized by short noses and faces. Brachycephalic dogs generally have trouble breathing, especially in environments that get particularly hot or stressful. As a matter of fact, out of the 47 reported dog deaths recently, 20 of them were brachycephalic dogs.

In one reported case, the owner of an English bulldog took his dog in for a simple nail clipping. The dog was in good health before going in for the grooming, which normally would take 15 minutes. However, the whole process took PetSmart about an hour for some reason. By the time they were done with the clipping, the dog was clearly in bad shape. It could no longer walk and was having difficulty breathing. Within a few minutes down the road to get home, the dog was already dead.

Some say that there have been more dog deaths than what’s been reported recently. It seems that there’s a lack of accountability on the part of PetSmart, and many pet owners refuse to put up a fight against such a large corporation. Individual groomers are not required to be certified to perform their duties, so there really are no legal ramifications to putting an untrained groomer to work on an animal. In addition, the pressure that’s put on employees to reach a certain quota is highly dangerous. Things could get overlooked; pets could get injured. As it turns out, this is exactly what’s been happening at PetSmart as many pet owners and employees have claimed.

However, it’s difficult to prove all of this in court just because causes of death are difficult to prove to begin with. In addition, PetSmart has been known to pay off owners in order to stay quiet about the deaths of their pets. Some even say that PetSmart requires paid off owners to sign a non-disclosure agreement, making them take down posts on social media, and so forth. It seems like a rather elaborate ruse to keep the company name on the good side.

So far, PetSmart has released a few statements saying how pet safety is their number one priority. While this remains to be seen, investigations are continuing to really determine what’s been happening inside PetSmart and to determine how pet owners and their dogs could be more protected.