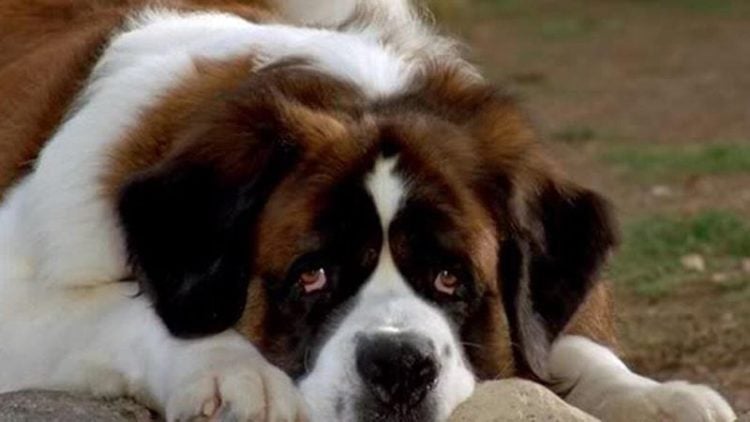 We’ve all seen movies where there was either a dog that was the main character of the plot, or at least had an important role in the film. Dogs often make the movie. Sometimes they play a very large role in a film, while other times, they are just one piece of the story, but they are always recognized and loved by viewers. Not all dog breeds make great dogs for the big screen. They are not all easy to work with or train, so many times, specific breeds are regularly used for roles. Of course, it depends on the story line and how big of a role the dog would be carrying in the film as to what type of breed is chosen, but most producers lean toward specific breeds that have the qualities you would expect they should have to star in a film. Although you have probably seen a number of films over the years, with a variety of breeds of dogs, here are the five dog breeds that are most commonly featured in films.

Poodles have one of the most recognizable, iconic looks of all-time. They are not only unique in their looks, but they are super intelligent and easy to train. These characteristics makes it easy for them to be trained for roles and for actors to work with, which is why the have been used many times in films for the big screen. Poodles have been in big screen films for years. Some popular films that feature the breed are, 102 Dalmatians (2001),  April in Paris (1952), Babe: Pig in the City (1998), and Best in Show (2000). Another popular movie where a Standard Poodle is featured, is Look Who’s Talking Now, the sequel to Look Who’s Talking, starring John Travolta and Kirstie Alley. The Poodle’s name is Daphne and she has a voice, that is played by Diane Keaton. Take a look at the clip to see Daphne, the talking Poodle.

Chihuahuas have always been a cute little, spirited breed that has a lot to add to a movie. They are used in films due to their cute and unique looks. They are very small and almost rat-looking, in some cases. Chihuahuas are easy to tote around and make it easy for ladies to handle in film. They tend to be associated with prissy, socialite type personalities as owners, and are often seen dressed up in outfits and accessories. Chihuahuas are just fun to look at and watch, and can add a sense of humor to a lot of different films. The breed grew in popularity after the appearance of a Chihuahua in Beverly Hills Chihuahua, and the movie’s sequels. Here is a link to view a clip of the tiny breed in this popular film.

Golden Retrievers are often thought of as an all-American dog. They are beautiful dogs, but above that, they are highly intelligent and have great dispositions. The breed is easy to train, which is why they are often used as therapy dogs. Because of their trainability, they are easy to work with when it comes to training them for a role in a film. Because they are such good family dogs, they are often used in films that feature kids or families, and used as the family pet. Golden Retrievers are one of the most popular dog breeds used in films and have been seen in some very popular movies. One of the most popular films that featured a dog as a starring role, was Air Bud. The film was centered around a Golden Retriever named Buddy who happens to escape his owner’s truck while being driven to the pound to be given up. He meets up with a boy named Josh, who doesn’t have the nerve to try out for the basketball team until he becomes friends with Buddy. The two rely on each other, and when Buddy’s owner returns to get his dog and sues Josh’s family to get Buddy back, the judge sees that Buddy is better off with Josh in the end. Here’s a clip:

German Shepherds are one of the most popular breeds of dogs for many things, from Police work, military work, therapy dogs, watch dogs, and family pets. They are highly loyal dogs and very loving and protective of their family. Not only are they loyal, but they are very intelligent and make great dogs to put into a wide variety of types of films. They are often featured in films that require a dog who is tough, smart, loving, hard working, and many other characteristics. Military films are common place to see a German Shepherd, or films that feature Police stories. Some of the most popular films that feature German Shepherds include, Cats and Dogs, Revenge of Kitty Galore, All Dogs go to Heaven, Doctor Doolittle, and Beverly Hills Chihuahua 1 & 2. To see a German Shepherd in an acting role, take a look at this clip from the movie, I am Legend, featuring Will Smith, who is the last man on earth after a deadly virus transforms humans into zombies. It follows, Will Smith’s character, with his dog (German Shepherd), Sam, as Smith tries to find a cure. Take a look.

Dobermans are tough dogs. They are known for their protective nature, their bark, and their strong, muscular build. They are a popular breed among lots of different types of people, and used for various reasons. Similar to the German Shepherd, Dobermans are utilized on police forces, in the military, for home and business protection, as well as just a good ol’ family pet. They are smart dogs, easily trained, and very much want to please. Due to all of their positive attributes, these dogs are often used in films that need a dog to play the role of a protective dog, an aggressive looking dog, and even films where they are used comically. Two Dobermans were featured in the old James Bond movie, Moonraker (1979), Eyes of an Angel, featuring John Travolta, and Father of the Bride, starring Steve Martin and Diane Keaton. Here is a clip of another movie featuring Dobermans, Jackie Chan’s, Chinese Zodiac. Take a look to see these tough Dobermans versus Jackie Chan.