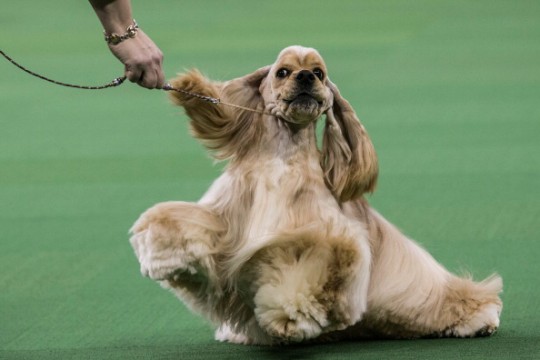 The American cocker spaniel is beyond adorable, and it’s the reason this is one of the most popular dogs in the world. This sweet breed is just about as much fun as they come, as sweet as you might assume and just a blessing in the form of a dog. This is a breed known for its ability to make you smile when you’re not in the mood and it’s passion for making just about everyone happy, no matter the situation. We love this dog because it’s happy, merry and carefree. We love this dog for most homeowners because it is a low maintenance dog that doesn’t require a lot of anything but love. But that doesn’t change the fact that not everyone is a good match for the American cocker spaniel, or that this is the right match for them. Not all people are cut out to own dogs, and not all dogs belong in all homes. It’s just the fact that some people are better suited to certain breeds than others and vice versa. So before you go out and adopt or purchase an American cocker spaniel, let’s make sure you are the right person for this breed so that your commitment to caring for this dog will be one that’s enjoyable and easy for all involved.

The American cocker spaniel is such a happy breed that you will find it impossible to be unhappy with this dog around. It is kind and loving, it loves to be around people and it is just so happy that you cannot deny the fact that this dog wants to make you happy.

You’re going to really love having this dog around if you have small children. It’s so good with them in that it loves to play and it loves attention, and it’s also going to be very gentle with kids. If it feels like your kids are being a little less than gentle with it, it will just leave the room and find a quiet in which to rest until it feels a little more comfortable coming out for the time being.

What’s great about the cocker spaniel is that it’s so intelligent. What this means for you is a very simple time going through the training process. Your dog is going to feel a good connection with your efforts, and you are going to feel confident in his or her ability to learn. When a dog is smart and gets it quickly, it makes the entire process of training the dog that much simpler and more enjoyable, and everyone is happy.

There is one thing that many people fail to realize about this breed, and that’s that it is a quick dog. Because of its build and overall look, people tend to assume that it’s not a quick dog and that it’s not athletic. It’s important to remember it is part of the spaniel family, which means that it’s going to be one that can get away from you before you’ve realized you have a chance.

He Has Serious Endurance

When you take this little dog out into the yard for a fun day of playtime, be sure to remember that it is then going to run circles around you. It is literally going to run circles around you. This dog is seriously fast and it has a lot of endurance. What this means is that it’s going to make sure you have plenty of time to play, but then it’s going to want to keep playing despite the fact that you are a little bit done in the playtime land.

The American cocker spaniel is a very playful breed that enjoys to have fun. It loves to chase balls, it loves to fetch and it loves to play any game you’re willing to play. Its playfulness is just one of the reasons that this dog has such a sweet nature and that it’s so good with kids. We think that most families with small kids will appreciate very much having a dog like this at home with kids, since everyone is going to get along so well.

The one thing you need to know about this dog is that it’s a very trusting breed. This means that it’s not going to make the best watchdog. It might alert you when someone comes to visit but it’s going to love and trust that person before it even has a chance to meet them, so you won’t really get a watchdog out of this breed. On a good note, though, it’s not going to bark and make you crazy all the time because it does enjoy strangers.

There are No Breed-Specific Health Issues to Worry About

There are some dog breeds that have very specific health problems. This is not one of those breeds. While it is true that any dog from any breed in any part of the world could be diagnosed with cancer or contract a disease from a bug bite at any time, it’s also true that this is a dog that is healthier than some others. Even though it’s small, it doesn’t suffer from the same health issues other dogs tend to suffer from more than others. It’s a very healthy breed, and that’s part of the attraction for many potential owners.

Here’s the other potential downfall for busy future dog owners. This is a breed that does require a little more grooming and attention than others. It’s not to say that this is not a breed that won’t enjoy the grooming process, because it will. The dog likes to be brushed, and it requires this kind of attention almost daily. It’s a dog that needs this for its long and lovely coat, but also for the bonding time that it gives the two of you.