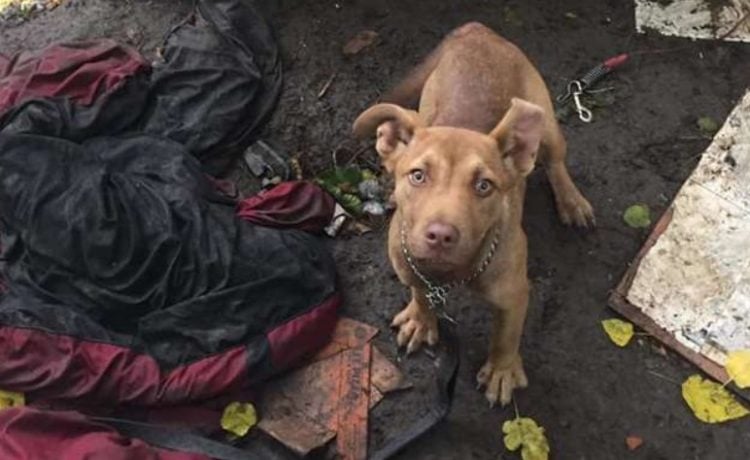 Every responsible and caring pet owner knows that their pet needs a healthy diet, a comfortable and warm place to sleep, and a level of exercise that is appropriate for the species and breed. Pets also need lots of love and affection from their owners. Sadly, this is not the experience for many pets around the world, and there is nothing more distressing for animal lovers than to hear about a case of neglect. Unfortunately, there is barely a day goes by without a case of severe animal neglect hitting the headlines, and some stories are heartbreaking to read.

One sad story that has recently made the news is the case of Nala, a dog who had lived outside and never slept in a bed. According to The Dodo, Nala was rescued from a dirty backyard in Detroit that was filled with trash. Apparently, this is where the Pit Bull Terrier spent all her time. She was only five months old at the time of her rescue, and it is believed that she had never been allowed inside her owner’s home. Therefore, she had spent the whole five months of her life living outside in filth.

Following her rescue, Nala was rushed straight to a vet for an examination. The poor dog was extremely underweight and dirty. The veterinarian also diagnosed her with worms. Despite her rough condition, Nala showed that she had a sweet nature and it was clear that all she wanted was some love and affection.  Staff at the veterinarians cleaned her up, treated her for worms, and gave her a good meal. Nala was just glad that someone finally cared enough to take care of her properly. She differed from many dogs who have been neglected. Typically, mistreated dogs are timid and scared of people. However, Nala was always happy whenever someone came to show her some attention, which is a testament to her delightful nature. 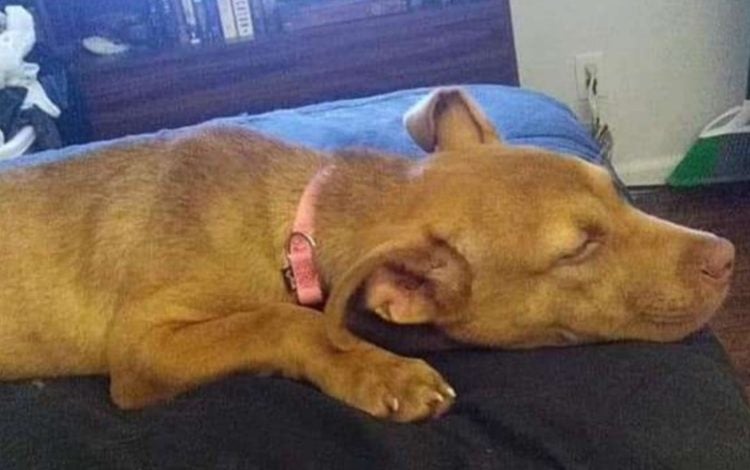 When her new family was allowed to adopt Nala, they were determined that she would finally receive the love, care, and attention that the dog deserved. However, they were unsure of how the previously neglected dog would react to livening in a family home environment, especially as it was the first time she had ever been allowed inside a house. The family was concerned that the Pit Bull would be timid or afraid. Despite their concerns, Nala proved them wrong and settled into the house quickly and comfortably. She soon made herself at home and it was like she had never lived anywhere before.

Charley Walton is Nala’s new mom, and she says that Nala goes crazy wagging her tail whenever she is happy. The first time she demonstrated this happiness was when they first took her home. In her former life, Nala did not have a bed and was forced to sleep on the dirty floor of the yard. In her new home, her new family was determined she would have the coziest bed ever on which to sleep. When Nala saw her new bed, which is fashioned out of comfy blankets, it was clear that she was delighted.

Nala has been able to sleep comfortably on her bed ever since, and the family has photographed her looking snug and relaxed at home. In some of the family’s photographs, Nala is even cuddled up on her bed with the family’s children. Although Nala was extremely happy with her bed, she has since found some even more comfortable spaces in the home. She discovered her new parents’ bed and realized that their bed was even more amazing than her own. As her new parents were more than happy to share their bed space, this is where Nala sleeps most nights. The family also has another dog, with whom Nala gets along with fantastically. The two dogs play well together and cuddle up in bed next to each other when they are feeling a little sleepy. 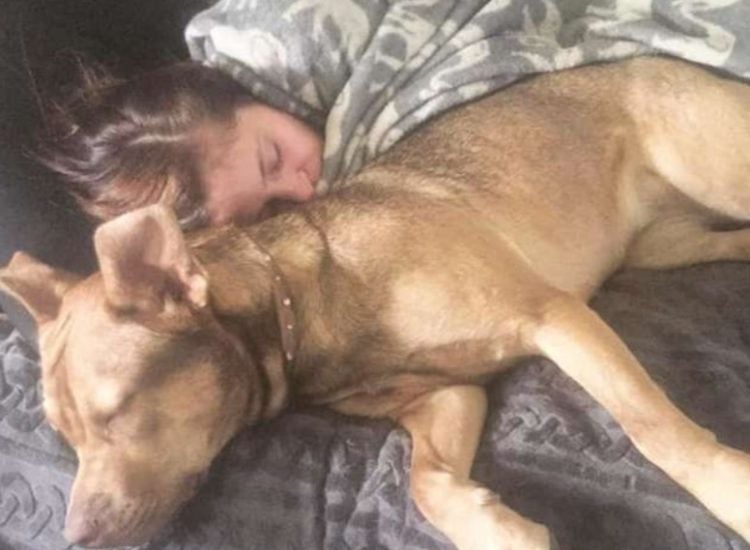 Nala’s former life and her current living situation are at opposite ends of the spectrum. She has come through a terrible time but is now happier than she has ever been. Sadly, there are many more dogs who have experiences similar to Nala’s.  Today reported of a dog whose owner’s were evicted, and the dog lived in the yard waiting for their return for over a month. The dog, called Boo, slept on a mattress that his owners had discarded when they left the property.  Boo only survived because a kind neighbor would take out food and water for him, otherwise, his story could have ended very differently. The neighbor also contacted a man named Oliver who runs the Detroit Youth and Dog Rescue. Oliver rescued the dog and arranged for veterinarian treatment before finding the dog a new home.

These are far from the worst cases of neglect, abandonment or torture, reports Pet Rescue Report. The case of a puppy called Buddy is heart-wrenching. He was abandoned outside a shop where he slept against the wall. He would use his big brown eyes to persuade strangers to give him a little food so that he did not starve to death. Sadly, not all strangers were so kind. He became a victim of several shootings, including several pellet gun assaults and even an attack using a .22 rifle. There was no reason why heartless people would turn on a helpless puppy. Even though the dog was injured and covered in mange, passers-by did not help the poor puppy. Nobody knew where he had come from, and nobody did anything to help.

Eventually, a kind woman posted an appeal on social media showing his photograph. This led to his eventual rescue and rehoming. Thankfully, Nala, Boo, and Buddy have all had their lives turned around and now live with loving families who care for them properly and give them the attention they need and deserve. It is tragic that not all stories of animal neglect end so positively.