The Skye Terrier is one of the earliest terrier breeds to make an appearance in its native Scotland. Unfortunately, the passage of time has not left it unscathed, which is why there are some people out there who are concerned that it might not continue to exist far into the future. Here are 10 things that you may or may not have known about the Skye Terrier:

1. Named for the Island of Skye

Unsurprisingly, the Skye Terrier is named for the island of Skye, which is the biggest of the islands that make up the Inner Hebrides of Scotland. Skye has been a storied land for a very long time, not least because of its dramatic landscape. Moreover, it is worth noting that even in the present, it remains a place of considerable cultural activity.

2. Used to Be Used for More Than One Breed

Distinguishing different dogs into different breeds was a much looser concept in pre-modern times. For example, consider how the name Skye Terrier was once used for multiple breeds, which makes tracing the history of these breeds more than a little bit frustrating for interested individuals.

3. Believed to Have Been Owned By Mary, Queen of Scots

Mary, Queen of Scots should be a familiar name for people interested in Scottish and English history of the early modern era. In short, she was a Queen of Scotland who was forced to abdicate in favor of her own son, with the result that she fled to England. Unfortunately, she was considered to be the legitimate ruler of England by English monarchs, with the result that her stay became more and more unpleasant until she was sentenced to execution because she was convicted of attempting to assassinate Queen Elizabeth I of England. Supposedly, Mary had a loyal dog under her petticoat when she was executed, which is said to have been a Skye Terrier.

4. Received a Boost from Queen Victoria

In later times, the Skye Terrier received a boost in popularity because of Queen Victoria, who was the constitutional monarch of Great Britain for 63 years. The world saw extensive changes during said period, which is why most people should be somewhat familiar with her name because of what is now called the Victoria era.

5. Once Popular in the United States

There was a time when the Skye Terrier was popular in the United States, which can be attributed to a colored lithograph in an influential book on dogs. Due to this, the breed was registered by the American Kennel Club in 1887, with the result that it soon started making appearances in dog shows. Unfortunately, that popularity has evaporated, so much so that few people even realize that the breed was once popular in said country. 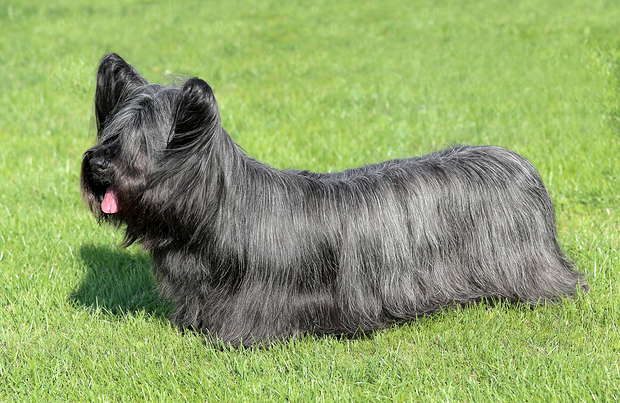 It might not look like it, but the Skye Terrier is a hunting dog. After all, it is a terrier, which refers to breeds meant to hunt small burrowing animals. Regardless, this means that the Skye Terrier has a fair amount of energy in it, meaning that it needs a regular walk to maintain a state of sound health.

Some people seem to think that Skye Terriers can be left outdoors. This is a mistake because Skye Terriers will fare much better as housedogs.

9. Can Be Very Loyal

Even now, there is a story about a remarkably loyal Skye Terrier named Greyfriars Bobby, who was so faithful to his master that he laid on his grave for 14 years. The only time that the dog was said to have left was when he sought out food. Otherwise, he maintained a constant vigil until his last breath.

Terriers tend to be a stubborn lot, which is perhaps unsurprising when many of them were expected to go up against badgers and the like. However, the Skye Terrier is interesting in that it is a calm breed as well. On the whole, it is very trainable, provided that people stick to positive reinforcement.