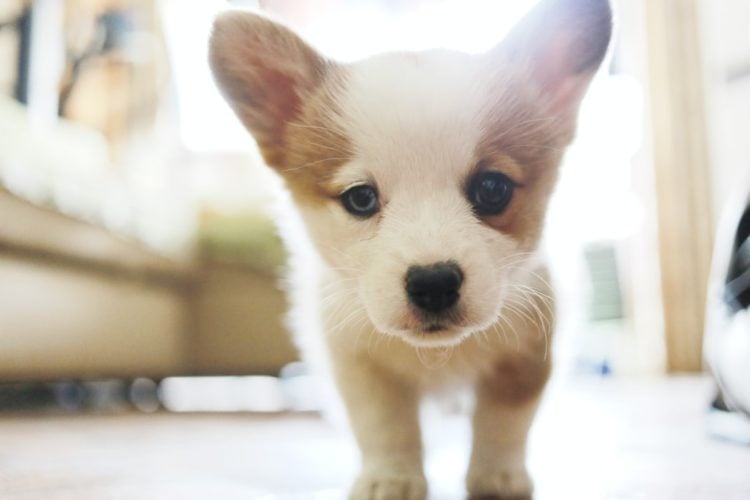 You will never find a pet as loyal as your canine. Therefore if you were asked to have a device that enabled you to digitize your dog into a computer game, you would most probably jump at the offer so you can always carry your furry friend with you, even if it is virtually. Luckily, that is no longer a far-fetched dream, and researchers, after numerous tests, finally have found a way to create an avatar of your dog. If you are yet to hear this good news, let us be the first to let you know how it all happened and the impact it will have on your dog’s health.

It goes beyond digitizing for entertainment

Elite athletes rely on their bodies to make a living, so keeping it in good shape is a priority. Therefore whenever they train, they also have to ensure they are not pushing themselves too hard; hence their movement is tracked by motion capture technology. Such technology has been used to monitor the recovery of patients who have sustained injuries. Since we love our pets so much, biomechanics experts thought about using this tech knowledge also to help track a dog’s health.

The technology of how you can digitize your dog into a computer game, however, had to use a different method of capturing the movement. In the past, creating a computer model was expensive since loads of equipment, including multiple cameras set at different angles, had to be used. However, the research center based at the University of Bath was innovative enough to utilize RGBD cameras. The researchers also used 14 dogs from different breeds and had the wear motion capture suits with markers.

BCDH( Bath Cats’ and Dogs’ Home) handlers had to be present to help supervise filming and make the canines do different activities so that the camera captured a range of movements. Once done, the data collected was used to replicate the dog’s movements and poses such that even without the motion capture suits, the movements could be accurately predicted. As a result, the need for expensive equipment was eliminated since all they needed was an RGBD camera. Besides recording the color of each pixel, it also captures the distance between the camera and each pixel.

According to Science Daily, this technology is instrumental since the data can be transferred onto digital characters to be used in the entertainment industry, mostly in films and computer games. Besides, if you want a 3D representation of your fur baby on your computer, now you can, thanks to this software. Additionally, it can also come in handy in monitoring the health of the animals by helping to diagnose a dog that is lame. Given the success so far, scientists are also testing its usefulness in other four-legged animals, and it could be a game-changer, especially when they get to fulfill the non-commercial aspect of it.

While the above technology has enabled experts to make strides in the entertainment and health industries, another innovation has been introduced, and it affects the health and safety of animals and people. Researchers at Imperial College London realized that as much as we want to keep our pets healthy and safe, there was yet to be any product that facilitates you in meeting those needs. Dr. Firat Gider, the lead author at the institution’s bioengineering department, explained to Techxplore that wearable devices are expected to play a significant role in detecting diseases early and monitoring health.

Consequently, due to the lack of a wearable device that could monitor vital signs through fur, the Imperial College London came up with a flexible and stretchy device made up of silicone and a microphone. The microphone acts as a stethoscope, and the sound it picks up is converted to a digital signal. The signal is then read on a nearby computer enabling real-time tracking of an animal’s physiology. The researchers ensured that it is a viable product after testing the device on a dog and five humans, confirming that it is best used over layers of clothing or fur sitting against the skin. Its only drawback is that the layers of clothing in humans should not be more than four.

Such innovation has also removed the need to shave animal’s fur during surgery. Moreover, since scientists can monitor the dog’s normal breathing and heart rates, any deviation could be an indicator that the canine can sense danger such as a bomb, or a person in danger. In humans, the device can also measure vital signs without removing clothes. Since technology has to move with the times, it is also considering testing its usefulness in other animals besides dogs.

Other software that improves a dog’s life

Currently, with the pandemic forcing us to stay at home, it has been to the joy of our pets who have settled into thinking we are never going to leave them. Unfortunately, once the lockdown order is lifted, they might be left to suffer from separation anxiety as we head back to work. However, this eventuality does not have spell doom for the dogs because, with a camera installed at home, you can play with them, talk to them to calm them down, or monitor their behavior.

American Kennel Club also advises us to make use of any activity trackers to monitor our pets’ behavior. Some devices can keep track of dogs 24 hours, including when they are asleep so that even in their passiveness, you can check on their health. Besides, since the data is stored in the device and is shareable, you can send it to the vet for professional advice whenever you observe strange behavior. The information can also let you know how active your dog is so that you make the necessary adjustments to ensure he maintains fit and well-exercised.