Just the other day, a couple was so excited about how strangers helped find their lost cat, that they were convinced it was proof that humanity still exists. Unfortunately, that faith in humanity has dwindled this week when an animal shelter found a senior dog tied to a sled, abandoned with a note “can no longer walk.” While the pandemic has been hard on everyone and people, have revealed how far they are willing to go, even if it means hoarding toilet paper, abandoning animals is taking our survival instincts to another level. Let’s tell you more about this senior dog and the plight of abandoned animals when people resort to leaving their animals out in the cold.

Wanderer’s Rest Humane Association woke up to an early morning surprise left on their property; a dog lay there in a sled, and the owner explained in a note that the canine was over ten years old and could not walk. The handwriting in the note seemed to be from a person who could not wait to have the weight of taking care of the dog, off his shoulders. Unfortunately, his timing was perfect since the cameras at the shelter were off when he committed the inhumane act; therefore, identifying him is a problem. All the same, the Humane Association took the dog in and named him Perry.

For Perry, the inability to walk was the least of his problems; he was discovered to have multiple health issues that included bad skin and tick-borne diseases. What makes his situation worse is that he was in pain, and he most likely carries more ailments since he is yet to undergo a thorough medical examination. Although the shelter was very sympathetic to Perry’s situation, they were angry at the owner for leaving the poor canine outside where he was exposed to all sorts of dangers. They posted on Instagram that they would use the unfortunate incident to educate the public about the dangers of pet abandonment.

While the Wanderer’s Rest Humane Association could not judge the owner for abandoning his pet, they still made it clear that pet owners should seek help if they are overwhelmed. They advised that even if at the moment they may be unable to assist people by taking in the pets, there are still many other options. The abandonment act caused a lot of fueled emotions on the internet, mostly with concern for the dog. However, some felt that the owner might have been going through a difficult time hence cannot be judged. According to Lite98.7, one person, Charlotte, said that abandoning the pet was far much kinder than euthanizing him. She, therefore, urged people to help more instead of judging pet owners’ choices. 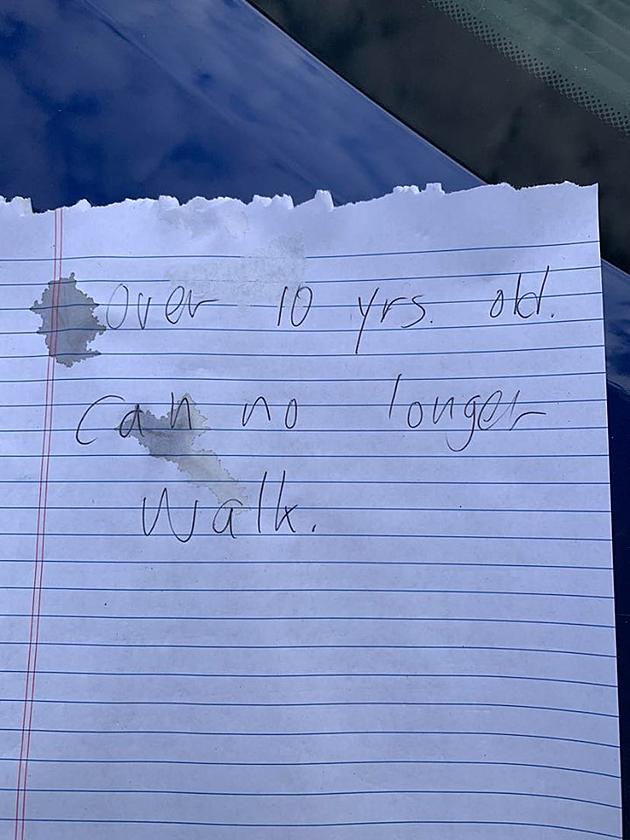 Why people abandon their furry friends

Parting with an animal that looked up to you to be there for him/her no matter what speaks a lot about the kind of pet owner you are. However, everyone has their reasons for giving up their pets. According to PETA Prime, some people usually lie on why they are abandoning their pets. For instance, some will claim they are moving while, in reality, they cannot cope with how the animal behaves. Pets that are aggressive, destructive, or unfriendly to other animals at home are at risk of abandonment. However, the article advises that even if your animal exhibits such behavior, it can be trained hence eliminate the need for abandonment.

With the pandemic, choosing between feeding your family and taking care of your pet is a difficult decision, given the reduced income. Besides, medical expenses could have a pet owner feel it’s the last straw since grooming ad well as medication for fleas and other parasites can make a considerable dent on the family resources. To some, it is the cost of having their sick pets euthanized that is too deep for their pockets; hence they leave the suffering animals in animal shelters. When a person gets to such a point, getting rid of the problem is usually the answer, but the option of asking for help from animal organizations always remains, and pet owners should make use of it.

The dangers of pet abandonment

Pet owners usually have the best intentions for the abandoned animals – those who do not want their sick animals to be in pain prefer the animals to be euthanized and end their suffering. Unfortunately, dumping animals like some garbage has led to many deaths. According to WSBT, in St. Joseph Humane Society, every few months, pets are dumped, and some have died due to the condition they are left in; some kittens froze to death. Usually, pet owners hope that those at the animal shelters will find the animals in time, but it is not always the case.

Besides the fatal effects of abandonment, animals suffer emotionally when left in a place they do not know. The fear you have of waking up in an unfamiliar surrounding is the same for animals, sometimes worse. Experts explain the emotional pain that dogs feel equates to physical pain, so abandoning your dog, thinking that you are easing his suffering, only has the opposite effect. When an animal is anxious, even bodily functions become a challenge. In unfamiliar territories, survival instincts kick in, meaning that an animal will have an adrenaline rush that results in decreased oxygen and poor toileting.

What’s worse is they suffer because of trusting someone they believed will be there for them until the end; hence the animals develop trust issues. Just like children who bounce from one foster home to another never quite get the true meaning of family, animals, too, feel they can no longer completely trust anyone. The trauma of abandonment leaves scars that forever stain their perception of humans.