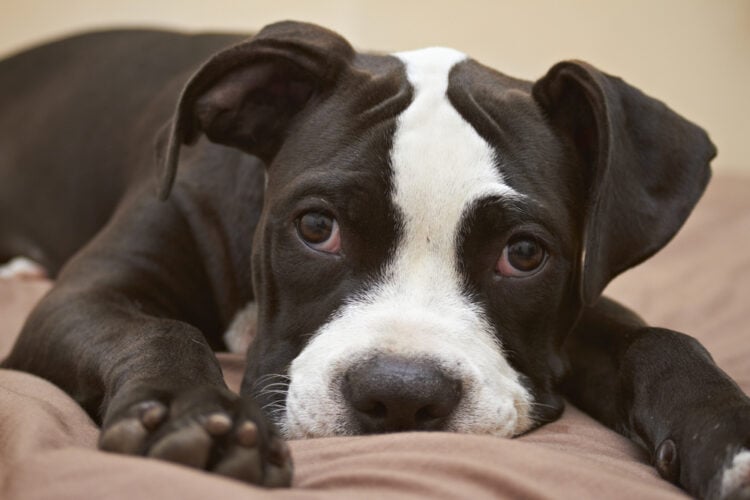 “Pit Bull” is a broader term than interested individuals might expect. Sometimes, people use it to refer to the American Pit Bull Terrier. However, it is essential to remember that the term “Pit Bull” can encompass other dog breeds descended from bulldogs and terriers, with examples including the American Bulldog, the American Staffordshire Terrier, and the Staffordshire Bull Terrier. As such, people who want a Pit Bull in Texas can choose from a surprising range of Pit Bull breeders in Texas.

Here are 20 Pit Bull breeders in Texas that interested individuals should check out:

Boss Monster Bullies is another Houston, TX-based operation. It is unlike Houston Bull Terriers in a couple of important ways. One, it breeds its dogs. Two, it focuses on a different kind of dog. The business has an excellent score on Google Reviews, which is always a nice thing to see when searching for potential candidates to buy from.

Fort Worth Pit Puppies operates out of Fort Worth, TX. Once again, it is a small operation run by a couple of individuals. Like a lot of the names on this list, Fort Worth Pit Puppies uses various measures to make things more convenient for their clients while reducing the chances of their clients being disappointed. One example would be the housebreaking training for its puppies. Other examples range from birth certificates and health records to vaccination and deworming.

Ironheart Ranch also specializes in American Staffordshire Terriers. Other than that, it also offers Miniature Dachshunds, meaning interested individuals might also want to check those out. Please note that Ironheart Ranch is a participant in the AKC’s Breeder of Merit program, which has several major implications. For instance, that means it breeds its dogs to meet the relevant standards. On top of that, Ironheart Ranch should be committed to screening and registering its puppies.

Real American Bullies are focused on American Bullies, which are a newer kind of dog that came into existence in the 1980s and 1990s. Supposedly, these dogs started as stockier-than-normal American Pit Bull Terriers. Over time, interested individuals decided to develop them into something new, which was done through crossbreeding with various bulldogs.

The result is a surprisingly versatile animal, though one capable of doing some serious damage when either improperly bred, improperly trained, or otherwise problematic because of its sheer size. Regardless, if interested individuals think American Bullies sound appealing, they should start their research by checking out Real American Bullies.

He encourages people to look up more information about American Pit Bull Terriers before proceeding any further. That makes sense because that makes for better results for not just the dog owners but also the dogs. The more informed people become, the more capable they will be of choosing the best dog for their needs and preferences.

A couple named Kurtis and Samantha run Delicious Bull Terriers. Perhaps unsurprisingly, they specialize in Bull Terriers. To be exact, they have more than a decade of experience working with AKC-registered Bull Terriers. Furthermore, they raise their dogs in a family environment, thus making their dogs better suited as family dogs than otherwise possible.

Kurtis and Samantha are very much involved with the Bull Terrier community in the United States. As a result, if people are interested in that aspect of dog ownership, Delicious Bull Terriers can help them get started.

Valkyries don’t have much of a built-in connection to either Bull Terriers or other dogs. Yes, Gunnr’s horse is a kenning for “wolf,” meaning that at least one valkyrie rode around on a wolf. However, dogs are not the same as wolves, particularly from a pre-modern perspective.

Still, it isn’t hard to see why a dog breeder would name their operations for the valkyries, seeing as how they were reputed to be brave, beautiful, and fond of humans. In any case, Valkyrie Bull Terriers is another operation that specializes in Bull Terriers. Specifically, it claims that its dogs can make excellent show dogs and companion dogs, which should make them better suited for a wider range of people.

Other than that, Valkyrie Bull Terriers is based out of Houston, TX, thus making it a more convenient choice of dog breeder for people living either in the area or within convenient travel distance of the area.

Butler’s Blue Bullys is based out of LaVernia, TX. That makes it a convenient choice for people living either in San Antonio, TX, or around San Antonio, TX. What makes Butler’s Blue Bullys stand out is the blue coloring of its dogs. As a result, if people have that particular color in mind for their Pit Bull, it is the right place to start looking.

Southeast Texas Bullies is one of the newer names on this list. It started in 2017, meaning it has less of a track record. Still, Southeast Texas Bullies did take the sensible step of choosing well-bred dogs from its better-established counterparts before getting started on its efforts. This dog breeder puts a lot of emphasis on being responsible to both the dogs and the dog owners. The Google Reviews suggest that it has proven surprisingly good at living up to that promise so far.

Situated in Austin, TX, Musclehead Pitbull Kennel has a somewhat misleading name. That is because it puts a strong emphasis on the personality of its dogs, working to make them as loyal and loving towards their owners as possible. Pit Bulls have a formidable reputation. Due to this, if people are concerned about the temperament of their dog, they should check out Musclehead Pitbull Kennel and other dog breeders as concerned about this issue as they are.

Blue Nile Kennel is another participant in the ACK’s Breeder of Merit program. That should provide interested individuals with a measure of confidence in its care for its puppies, which increases the chances of a purchase turning out well for them. Priority-wise, Blue Nile Kennel focuses on temperament above everything else. After that, it cares about the dog’s workability and conformation to the standards.

American Bullies come in several sizes. Some dog breeders offer them to interested individuals in more than one size. In contrast, other dog breeders focus on one size to the exclusion of the others. Burleson Bullies is an excellent example of the latter because it focuses on the XL version of these dogs.

It puts a strong emphasis on the idea of family. Due to that, it puts extra effort into making sure that its dogs are as suitable for being family companions as anything else. Simultaneously, Burleson Bullies cares about the welfare of its dogs, which is why it is one of those dog breeders that will ask about the circumstances of their potential clients to gauge what kind of life their dogs can expect to have.

Chuck and Pamela make up the married couple behind Angel Moon Kennels. Both have been involved with dog shows and related activities for a very long time. After all, Chuck was a judge with the American Kennel Club, while Pamela was once the Public Relations Chairperson for the Staffordshire Terrier Club of America.

Swag Kennels offers both XL and XXL American Bullies. These dogs come in a wide range of coat colors and patterns. Examples include but are not limited to black, brown, white, blue, and brindle. It is interesting to note that the dog breeder acknowledges that American Bullies descend from sometimes aggressive ancestors, which it skillfully defuses by making a couple of points.

One, aggression has been greatly reduced in these dogs over the generations. Two, Swag Kennels has gone out of its way to find the dogs with the most pleasing temperaments to serve as parents to its puppies, meaning it stands out even among other dog breeders. On the whole, it is a clever bit of marketing because of how it was handled.

Pryme Tyme Kennels is a family-run operation in Houston, TX. Despite that, it lives up to its name by having big ambitions. Specifically, Pryme Tyme Kennels wants to be the best Pit Bull breeder in the state of Texas. Weighing one dog breeder against another is a difficult matter.

Still, it is no exaggeration to say that Pryme Tyme Kennels has done well for itself, as shown by how it has been around for more than 17 years. As for why someone would choose it rather than one of its competitors, they should know its special expertise and experience when it comes to breeding bigger, heavier-set animals that are nonetheless sound in body and pleasing of personality.

ACE Kennels produces both American Bullies and American Pit Bull Terriers. It places a great deal of importance on the pedigrees of its dogs, which is why it goes out of its way to make sure that they come from the best of the best. Furthermore, ACE Kennels raises its dogs in a family environment so they are as well-socialized as possible.

Fort Blue Kennels is based in Lubbock, TX. Since it has been operating since 1999, interested individuals can count on its Pit Bull-related know-how. That is good because Fort Blue Kennels goes out of its way to make sure that its clients know what they are doing before a purchase is completed, thus boosting the chances for perfect compatibility.

Besides this, the dog breeder also has a solid understanding of the good and the bad of Pit Bulls. Thanks to that, it is more capable of bringing out its dogs’ potential positives while simultaneously reducing the chances of its dogs’ potential negatives showing up. Experience matters when choosing a dog breeder. Fort Blue Kennels is one of the best on this list in that regard. 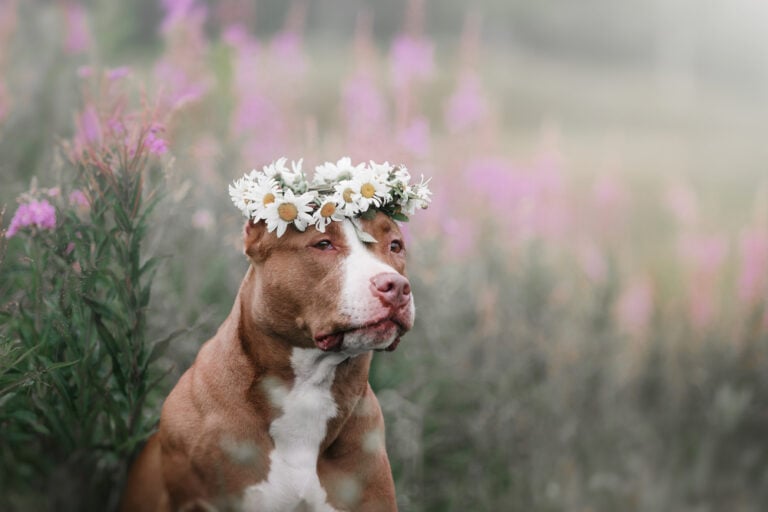 For many years, pit bulls have been perceived as the worst dog breeds to own due to their aggressive nature. Initially, people bred them as fighting dogs to compete with other dogs in tournaments due… 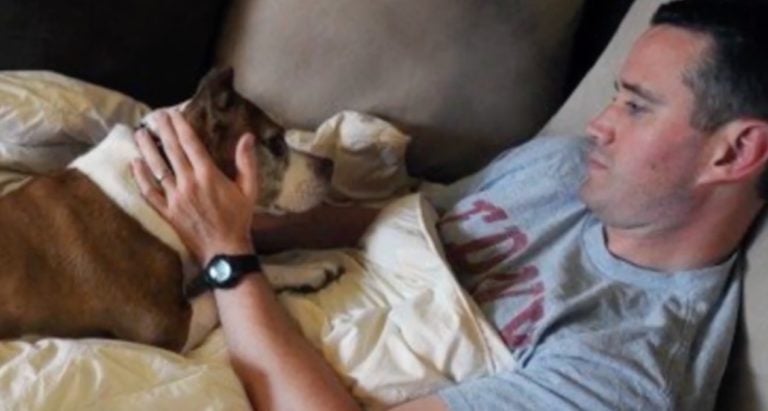 There are almost endless stories of the ways that dogs can help different groups of people in various ways. The benefits of spending time with dogs are proven, and educational and healthcare institutions have both… 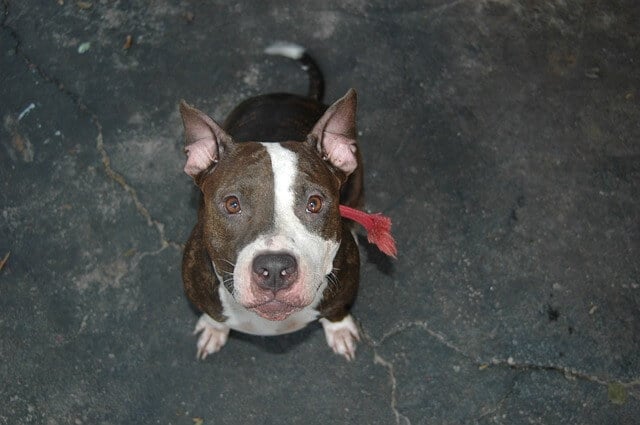 It is an unfortunate reality that many veterans will return from service with wounds that aren’t always apparent. PTSD is a serious concern for servicemen and women, which is why our military is increasing the… 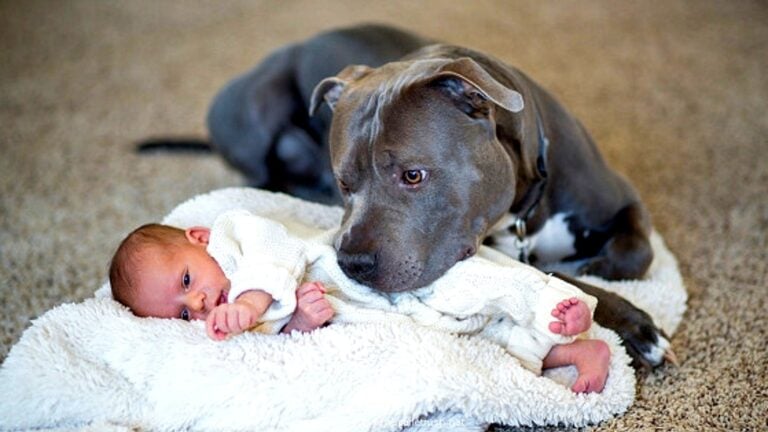