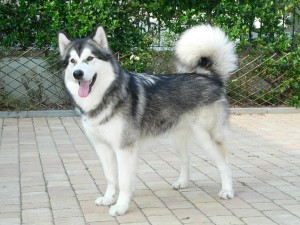 It’s easy to recognize the Alaskan malamute, the oldest and biggest sled dog around. This beautiful dog has one of the loveliest coats and one of the most distinct looks in the world. It’s known as being a very athletic breed. Too many people believe that this particular breed is one that is designed for racing, but it is not. In fact, this breed is actually designed to haul big loads and move long distances. Today, that’s not as necessary as it might have been in the days before common transport, so this is a breed you are more likely to see hanging out at home being loved and cared for by a family who wants a big, beautiful dog. It’s a beautiful dog that has a big personality. It can almost be called a dignified animal, and it’s one that has great intelligence. It’s very easy to train, and once you see a puppy from this breed, you will understand why so many people bring these dogs home. If you choose to become the owner of the very beautiful Alaskan malamute, however, be prepared to learn as much as possible about health issues that could cause some concern. While not all of this breed will suffer from any or all of these health issues, many owners are very concerned with the issues that most commonly affect this breed. And we have a list of the most common health issues for you.

Epilepsy is something that your Alaskan malamute could suffer from at some point in its life. This is, unfortunately, one of the most common health issues that affect this breed. This is what occurs when your dog begins to have trouble with health in that he or she suffers from seizures. According to Malamuterescue.org, this could be something that is caused by hereditary issues or it could be very random. This could happen once or twice and never again, it can happen off and on for months or it might not happen at all.

When a dog goes through something like this, it begins in the womb. An Alaskan malamute with dwarfism receives this recessive genetic disorder from a parent and it affects the way that a dog grows. It can be something that doesn’t affect the dog other tan physically for the rest of its life, or it can have serious negative effects and cause death.

This is something that you might assume happens because of age, but it’s not quite the same thing as male pattern baldness (or female baldness for that matter). This is something that happens to the protective coat of the Alaskan malamute in a way that it causes the actual coat to eventually taken on the appearance of wool. It might even begin looking like a lamb. This could be caused by thyroid issues. It can be caused by genetics and it can be caused a hormonal imbalance of sorts as well. If you notice this, it’s not the end of the world. The dog might need a bit of additional care if you live in areas that are affected by extreme weather patterns. It usually appears around the dog’s second or third birthday, but the dog is very likely going to live a normal life.

This is a common and interesting disorder. You do not want your dog to suffer from this, but if he or she does suffer from this is simply means that the dog has little to no vision when exposed to daylight. It can likely see all right in the lowest light, and even at night or as the day begins and ends. It is a disease that is inherited. The good news is that it is nothing that becomes worse as the dog grows older, but it’s something that does cause issues in the daylight, such as on walks. If your dog suffers from this, you might find that living somewhere in which the days are overcast and dark is better for the animal.

This might not seem too bad to some, as gas happens. However, this is an issue that could become life threatening if your dog does not get over it. It’s important that you look for signs of this issue so that you can help your dog whenever necessary. This issue is caused when your dog is unable to release gas thanks to build up in the body. This could be caused by any number of reasons. It can be something your dog suffers from regularly or just from something very random. If the dilation is acute, the dog could die in a matter of just a few minutes, and it can be one of the most painful experiences of your dog’s life.

Odor of the Coat

This is not a life threatening issue with the Alaskan malamute, thank goodness. However, it’s an issue more for you than the dog. Vets know very little about the cause of this, and they believe that it can be caused by dietary changes, thyroid issues or any number of things that the dog might experience or deal with. However, that does not mean that the dog will suffer from it. If your dog suffers from odor, the signs and symptoms are pretty easy to see. The dog will smell unpleasant. You can bathe him or her and the smell will return very quickly. It’s just one of the things that happens to some dogs. There’s little that can be done in all instances, but a trip to the vet can help some dogs. 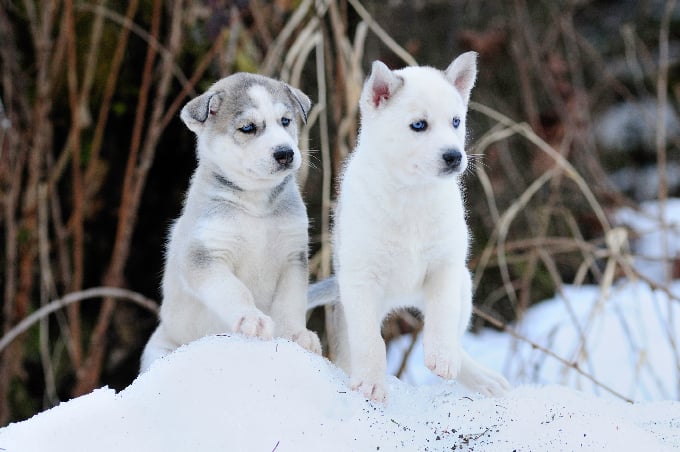 Siberian Huskies have long been one of the most interesting dog breeds. Everyone loves a Husky because they are not only strikingly beautiful dogs with their thick fur, but their markings are eye-catching and their… 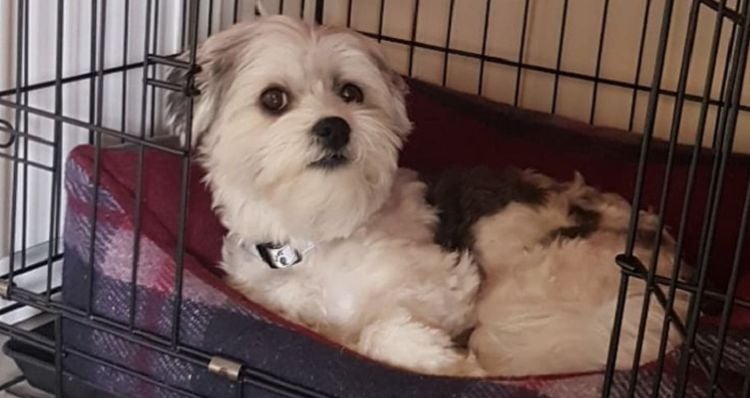 Did you know that oftentimes a dog’s breed has less to do with adoptability than other factors? Many people go into shelters and rescues looking to adopt a dog, not choosing the dog so much… 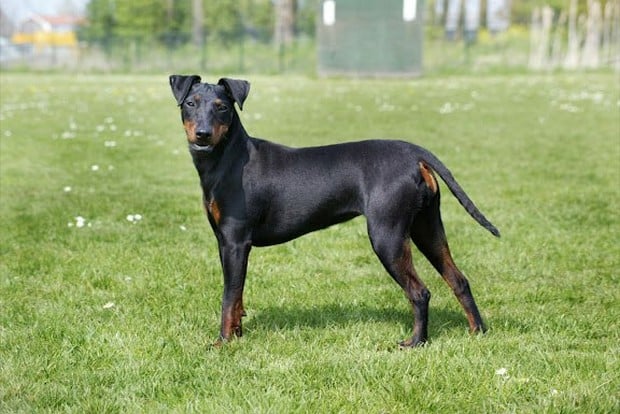 From Dog Breed Info: The Manchester Terrier is a high-spirited, powerful, agile, very intelligent, cunning dog which is eager to learn. It displays the true terrier nature, is independent and faithful. Extremely lively, sporty, alert,…