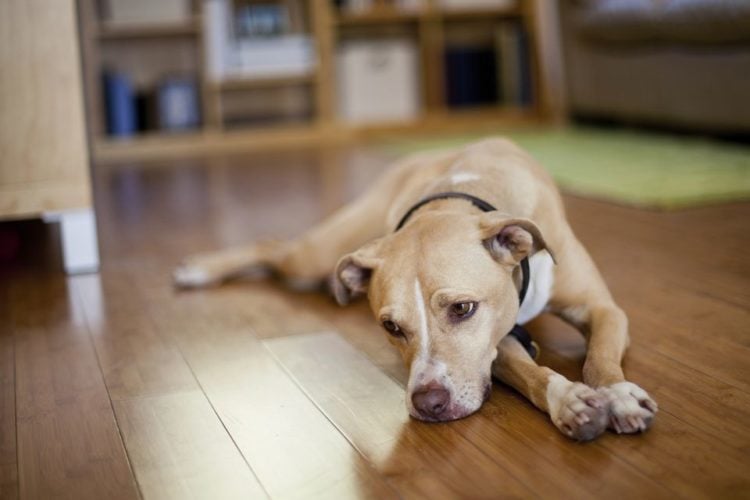 They say a dog is man’s best friend, and as such, you would expect humans to prioritize the company of their best friend over anything else. A survey conducted by OnePoll in September 2019 showed how much dog owners loved the pets, with 34% of the respondents picking the dog as their favorite child. However, this bond has proven not to be so strong because a sad survey finds people would keep their phones over their dogs. It is not just dogs that Americans are willing to give up for the sake of keeping their phones; let’s tell you more about the findings of the survey and how your phone addiction is affecting your dog.

Some People Can’t Live Without Their Smartphones

A survey conducted by SimpleTexting in which 1000 Americans from fifty states were asked some questions concluded that 40% would rather give up their dog than their smartphones for a month. While that is shocking, you might be surprised to learn that 42% would choose to be in the company of their phones for a month than be with their significant other. Of course, now everything is being blamed on the pandemic; people have spent so much time indoors with their spouses that they would not mind staying a month away from them.

Still, 53% would rather have an active sex life, but the younger generation Z would prefer sacrificing a month of sex than be separated from their phones. Other indulgences have no hold in most Americans’ lives. According to Upworthy, 72% and 64% of the respondents would give up alcohol and coffee, respectively, in favor of their phones. Additionally, 70% and 60% would sacrifice Netflix and social media, respectively, to be with their phones for a month. Millennials care much more about keeping their phone than the rest; they do not mind spending 3k, losing a pinky finger, and their sense of smell to be with their phones.

Your Phone Addiction is Depressing Your Dog

People get addicted to their phones, and once they realize the consequences, a digital detox is the only solution. We have seen celebrities like Selena Gomez do a 90-day digital detox while those who are more aware of the dangers of phone addiction like Jesses Ventura have resolved never to own a cell phone. However, it is more than just damaging our lives by causing depression, wrist pains, escapism, and decreased productivity, among other adverse effects. Phone addiction has been proven to result in dog depression. One vet in the UK, Iain Booth, said that the more attention we pay to our phones, the more isolated our dogs become. He explained that dogs are social animals that look up to humans for reassurance and leadership. Phone addiction degrades the relationship between you and your canine, causing the bond to break, and your dog reacts by exhibiting some changes in behavior.

Some of the signs that you are not giving your dog enough attention is if it becomes aggressive, naughty, or a nuisance. The dog also becomes emotionally distant, and if you were used to being greeted with excitement the moment you walked through the door, that changes. Your furry friend no longer cares because you also have shown no concern. Matter of fact is he will start looking for company elsewhere, either in other humans or other dogs. Soon they will become too depressed and start soothing themselves by excessive licking. Therefore, the vet advised that even when taking your dog for a walk, leave the phone at home and spend quality time because once the negative consequences of phone addiction set in, bringing back the dog to his former self is a challenge.

You Might Regret Your Decision to Give up Your Dog

40% of Americans are ready to choose their phones over their dog, but most likely, the separation would have them regretting their decision. According to Springfield News-Leader, a couple, Dominic and Trisha Kimery, decided to surrender their husky, Luna, to the Humane Society of Southwest Missouri. The reason is that the dog bit Trisha in the hand while she was feeding him, and when the couple’s 10-month old baby was too close to the canine, she growled. Due to the aggression, Dominic paid $30 to leave the dog at the shelter, but the house felt empty without Luna, so they wanted to get her back. Unfortunately, she had already been adopted. Therefore before you even think about saying you would give your dog up to be with your phone, ask yourself if the phone would welcome you home with kisses.

There are Genuine Reasons to Give up Your Dog

While being addicted to your phone is not reason enough to think of staying away from your dog for a month, sometimes we have to surrender the pets for their own good. As published by Cesar’s Way, one man lost his job and could not afford to care for his dog, Reece. Therefore he surrendered Reece to the Great Plains SPCA, where he was adopted twice but was returned. Luckily after a year, Reece’s owner’s life had taken a turn for the better, and when he was ready to be a dog parent again, Reece was there waiting for him, giving both a happy ending.

Most dog parents surrender their dogs due to aggression, destructive behavior, and sickness. Another elderly couple in California could not afford the vet bills for their 13-year-old sick Dachshund that suffered from a skin disease. With the seniors also sick and without a job, surrendering the dog was their best option because they could also not afford to put him to sleep. Leave No Paws Behind said surrendering the dog was an act of kindness that saved the dog’s life, and they planned on returning the dog to the couple, but they were unable to locate them. The plan was to assess the couple’s ability to care for the dog because the organization would pay the medical expenses.