With virtually everything being digitized, it only makes sense that dog owners would want to find a way to keep a copy of their beloved canine once he or she passes on. It’s reassuring that All Dogs Go To Heaven, and they deserve a place to roam and romp free of seeing their owner with a Pooper Scooper. But a man has taken things one step further by creating a path to allow his dog to be memorialized forever. The place he has decided upon to digitize his best friend is the video game called Skyrim. Now Skyrim is not just your run of the mill video game. Most Xbox 360 owners know of Skyrim as it is the 4th best-selling game on the console. Daniel Kemp had decided on the game and the platform, largely because he was an experienced computer programmer and knew what offered the greatest number of possibilities by which to remember his dog, Murphy.

For those not familiar with the world of video games, individual users can create and develop what is called a module, or “mod” for short. These modifications allow the player to change a number of aspects to the game, including adding characters. Daniel Kemp was going to make sure Murphy would not be forgotten even years after his death by creating a mod for Skyrim. One interesting thing about Daniel’s choice is that Skyrim is not only the title of a video game, but it is also a country that is described within the game. According to the game’s Wiki page, Skyrim, also known as the Old Kingdom or the Fatherland, was the first region of Tamriel settled by humans… ” It is only proper and fitting that Murphy was placed in a land that not only was expansive and free, but one that he would later reunite with Daniel when the time came. 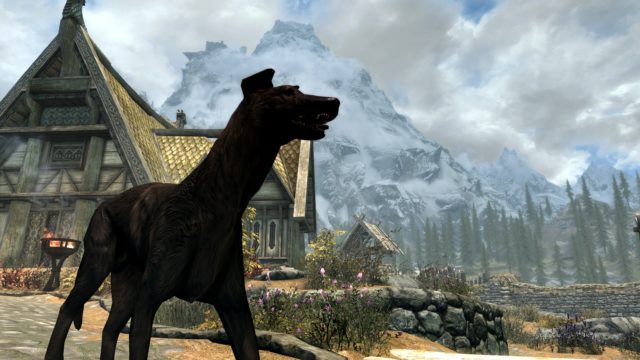 Because Skyrim is an adventure game, adding the Murphy Mod allows Daniel to have Murphy by his side as he goes on his personal virtual adventures. Avid gamers, of which Daniel is one, know how a player can get immersed in a video game and completely lose sense of where they physically are at. It is likely that he connects his many memories of Murphy with the mod he has created and it’s just as if Murphy is by his side. Maybe there will be a time when our memories can be digitized and uploaded to our virtual reality. But for now, Daniel’s mod seems like the next best (and practical) choice. The mod was such a personal creation that Daniel did not offer it for sale. In fact, he kept it to himself for a long time. He finally decided to make it available so that others could see what a wonderful and valuable dog Murphy was. He wrote several lines that showed his intentions, with a personalized comment to Murphy himself: “I love you and I will never stop missing you. I release you to the world now, so that all of us may remember you together.”

One unique feature of the mod is that Daniel designed it to reflect his real life canine companion. As he describes it, Murphy really isn’t a “warrior dog.” In fact, in real life Murphy would run away from danger, only to return when the danger had passed. Whether this is cowardice or wisdom is left for the player to decide, but it definitely makes for a more interesting and challenging adventure. The fact that Murphy is a Greyhound means he can run like the wind. It is also worth mentioning here that Murphy had lived a real world life as a racing dog. The degree of personalization of Murphy that was converted into the digital world was actually cathartic for Daniel. And when he released the mod for worldwide distribution, he received messages of support and thanks for his creation. Obviously there are many dog owners and dog lovers around the world who took a special interest in knowing the trail that Murphy walked while on the earth. 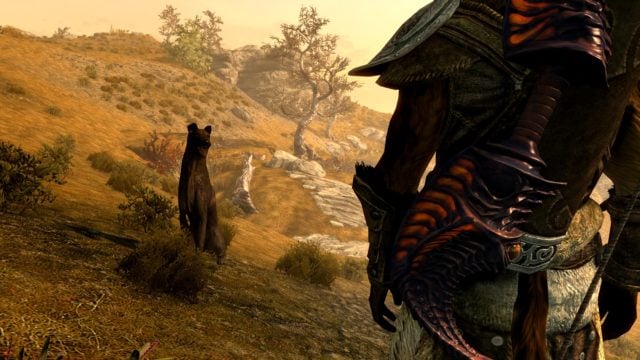 To protect the memory of Murphy, the dog in Skyrim cannot be killed or injured. Neither physical weapons or supernatural powers can cause Murphy any harm. The idea of respawning Murphy was out of the question. It can be rightfully said that Daniel’s mod memorialized his dog and memory forever. Looking forward, the decision for Daniel Kemp to make is whether he wants to commercialize the concept of digitizing dogs. It is hard to believe that there is no one else in the world who would not like to see their dog in Skyrim or any other video game. Given that it took Daniel more than a year to release the Murphy Mod to the world, this idea of commercialization will probably take longer.

The difficulty with the concept is exactly what would the owner want when defining the characteristics of their dog gone? Daniel kept the dog’s traits as close as possible to real life but when you are conducting business the customer is always right. Practically speaking, it would be very hard for him to create mods that are publicly available. So as this story comes to a close, it seems as though Daniel’s creation is truly a one-of-a-kind thing, a collaboration of his heart, mind, and soul. The question to be asked is whether the virtual Murphy is alive forever in the minds of all the players that use the mod, or whether once the time for Daniel’s own departure has come it will end up being merely a niche mod. One thing is for certain: before the days of digitat games and virtual reality, millions of dog owners throughout history have found ways to retain the memory of their furry friends. Those old videos and pictures store what’s left of them. It will be a trip down memory lane.